Defenders of Ardania is a tower defense game which is available for the PC, PS3 and Xbox 360, and makes a good first impression. I love tower defense games a lot, and when I heard about this game it quickly piqued my interest. The game is being developed by Paradox Interactive and looks quite polished. It’s also available on the iOS, so how did they design it so that it works on the PC well? Surprisingly, it works very well.

This game is quite different than other tower defense games; in a way that you also have to attack the opposition while defending your base. Normally, in most tower defense games you only defend your base from waves of enemies and when you have defeated all the waves, you win. There will be plenty of defense structure available for you, and it’s no different in this game as well. 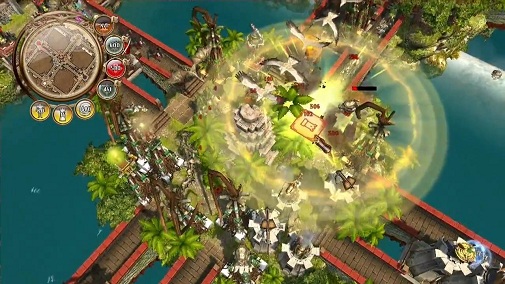 There is a good tutorial mode with fully featured voiced narration, which can be skipped as well. Although, it isn’t that bad when you think about it as Paradox games usually have a high difficulty curve, and requires you to pay attention to the gameplay mechanics at the start.

To buy towers, spells, units and other things you need money, and that can be gained by destroying enemy units, but it mostly trickles over time so you need to be careful and prioritize over what to buy. You can speed up the game so that your units reach the enemy base faster, otherwise be prepared to wait a long time. Why would you do that anyway? Once you have enough resources to buy units and upgrade towers, you really won’t need to do much as the game becomes quite easier. 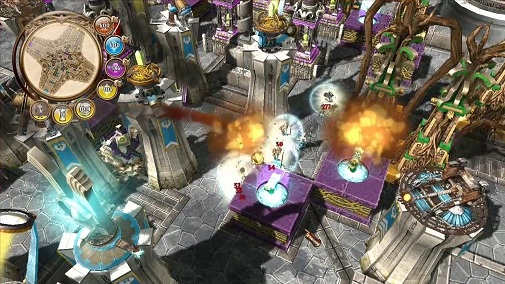 Visually, the game looks average and it’s not really a high budget game. That’s a little disappointing as tower defense games usually look good. The game is a sequel to Majesty 2 as well, so you will notice a lot of similarities here. There’s a multiplayer mode available as well, where you have everything unlocked for you and also have the choice to play a bunch of modes. Since this is a time consuming game, you can also add specific conditions to get the game finish quickly, something like Age of Empires 3 online – I really loved that game.

There’s a lot of units available at your disposal here, and it depends on you how you use it. The opponents castle takes way too long to go down, though. That’s one of my main gripes with the game, other than that it is not that bad. The AI is a mixed bag but can be effective especially when you are caught off guard, or don’t have enough units to defend your base. Another gripe I have with the game on the PC is that there’s no mouse pointer to select units and towers. That’s understandable since it’s a tower defense game, but for some reason I always go in a RTS mode. 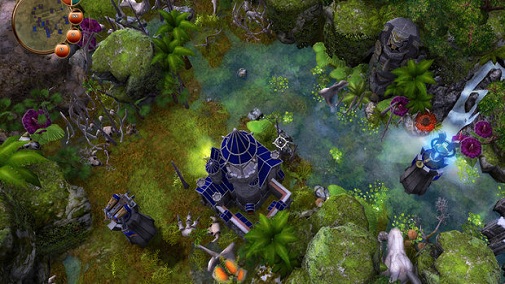 Defenders of Ardania has a good premise – attacking and defending at the same time, and while it is an unique concept, the execution is a bit lacking. The visuals and audio are great, and will keep you immersed in the game for a while, but the gameplay in spite of the unique concept will get old fast, and that’s really disappointing.

The visuals and audio are good. It has an interesting new concept of attacking and defending simultaneously.

The scenarios last too long. The game is repetitive. Less polish.

Final Verdict:
FAIR
Defenders of Ardania has a good premise - attacking and defending at the same time, and while it is an unique concept, the execution is a bit lacking.
A copy of this game was provided by Developer/Publisher/Distributor/PR Agency for review purposes. Click here to know more about our Reviews Policy.