You must have been living in a box to have not heard about the launch of Destiny – dubbed by many as both epic and ground-breaking. Well, it’s finally here and the former is certainly true at least.

Destiny is perhaps not as revolutionary as we’d hoped but the guys at Bungie certainly know how to produce a space saga on a grand scale. Sadly, the plot has more holes in it that the moon’s surface – so you’re unlikely to be gripped by the storyline or grow to care too much about any of the characters.

Said to have had the budget of blockbuster movie, you could be forgiven for hoping that Destiny would boast unique gameplay, an enthralling – and lengthy – campaign and multiplayer levels quite unlike anything seen before. 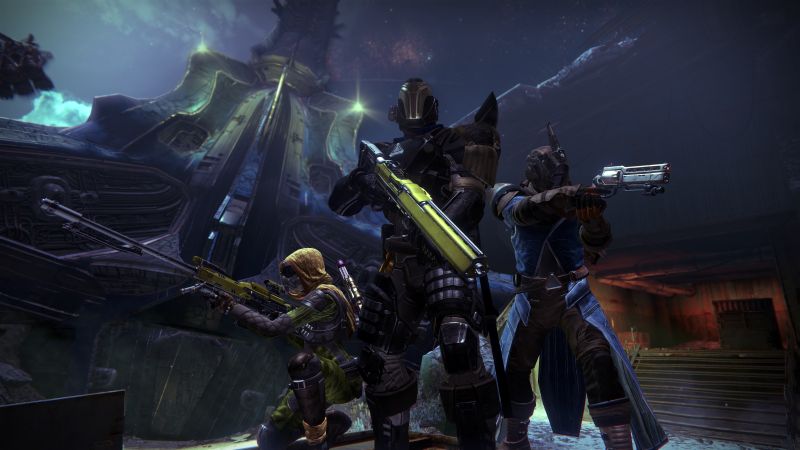 "However, as is always the case with these types of capers, things turn bad fairly quickly and the end of the so-called “Golden Age” brings misery and mayhem, with war erupting and the many colonies fall to pieces."

This first person shooter was arguably one of the most eagerly awaited titles of all time, having earned the title of the most pre-ordered new video game IP in history. It was the recipient of hundreds of awards, and became this generation’s biggest ever beta with a staggering 4.6 million gamers trying their hand at being a Guardian. It also took the mantel as the most successful new video game franchise launch of all time, with Activision raking in more than $500 million worldwide for Day One sales!

But does it live up the hype? Sadly, no.

The meagre plot goes something like this: Throughout the solar system, everyone’s been enjoying peace and prosperity; life has been good. However, as is always the case with these types of capers, things turn bad fairly quickly and the end of the so-called “Golden Age” brings misery and mayhem, with war erupting and the many colonies fall to pieces.

You take on a role of a Guardian – charged with protecting the last bastion on Earth. You’ve just been resurrected from the dead by a mysterious floating cube called a Ghost – a remarkably clever bit of tech (voiced unenthusiastically by Game of Thrones’ Peter Dinklage) that was created by this mystical spherical object called the Traveller. This giant white entity is central to Destiny’s storyline – what there is of it.

The Traveller appeared in years past and brought with it a period of unfathomable growth and success. It helped mankind conquer and colonize other planets and all was well. But then the Darkness came and all hell broke loose. Now all that’s left is a single city. It’s your “destiny” to protect the last city on Earth. 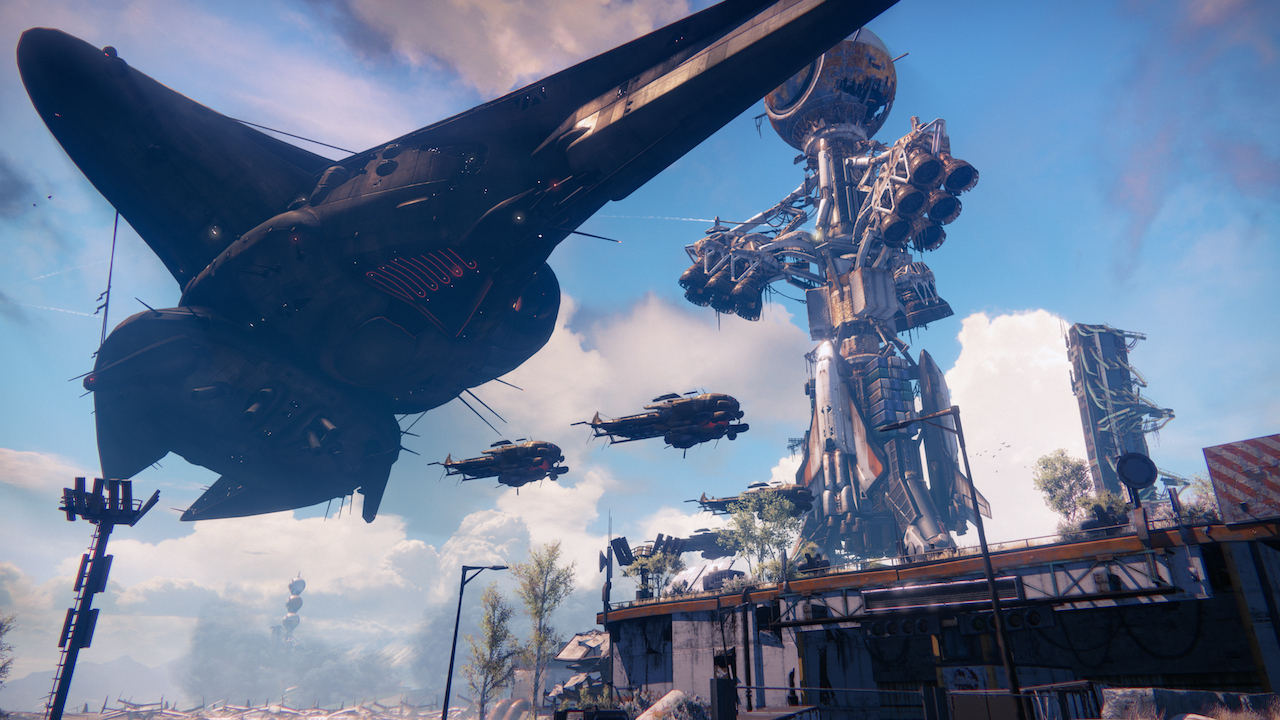 "It is indeed a connected, living world. You’ll be minding your own business, shooting a few alien critters when another player and their Guardian will enter the fray."

There’s little more you’re told. There are loads of questions left unanswered. But hell, does it really matter all that much? We just want to get out there to those great-looking environments and take on the bad guys, right?

After spending a few minutes customising your character’s appearance, using a fairly basic editor that lets you select face shape, hair style, markings and so on, you get to choose from one of three classes: Titans (strong warriors with excellent armour), Hunters (far more agile, but weaker in terms of defence and attack) and  Warlocks (a nice blend of the two with magic thrown in for good measure). Along the way, XP earned will allow additional skills and abilities to be unlocked, helping you in your quest.

A celestial map screen shows various planets and the available missions, as well as “The Tower” – a central hub where you can meet with other players, upgrade your character, take on missions or enjoy a spot of dancing(!).

It is indeed a connected, living world. You’ll be minding your own business, shooting a few alien critters when another player and their Guardian will enter the fray. It’s kind of cool that you can see other gamers wandering about while you’re mid-mission, trying to save the universe too.

Each mission generally requires you to make your way from point A to point B to find or retrieve something, enlisting the help of your Ghost to unlock a door or hack a computer terminal, and then fend off wave after wave of enemies before you encounter a tougher boss. It’s fun but gets repetitive fairly quickly.

Fortunately, besides all the story missions – and the urge to earn better armour, firepower and unlock the abilities and subclasses for your Guardians, there is plenty more to keep you busy.

"Strip away all the gloss and you’re left with a very competent, if repetitive, shooter. Some will be happy to revisit the beautiful landscapes time and time again to gather loot and XP, enhance their weaponry and upgrade their abilities."

Patrols give you the chance to explore the maps and complete various tasks such as looking for certain items or defeating a specific enemy, while Strikes allow you to take on tricky missions as part of a small group of three players – a Fireteam. Later in the game you’ll be able to access Raids too, which are tougher, longer and allow six players to join forces.

Then there’s The Crucible, the PvP multiplayer component of Destiny which provides various game modes, such as Skirmish, Rumble, Salvage, Clash, Combined Arms and Control. There’s nothing out of the ordinary where the multiplayer modes are concerned but they’re good fun and a nice distraction from the alien-infested world of the story missions.

The art direction is fantastic throughout and the graphics truly sumptuous. Just take a moment to look to the skies and you’ll set your eyes on some staggeringly beautiful vistas. And you’ll romp through some pretty awesome environments too. From the grey cragginess of the moon’s landscape to the lush jungles of Venus and the ruins on Earth, it’s pretty glorious to look at.

Just like the visuals, the soundtrack is a triumph and the effects are a delight to listen to. Some of the orchestral efforts are astounding and really add to the atmosphere and enjoyment of the game.

Strip away all the gloss and you’re left with a very competent, if repetitive, shooter. Some will be happy to revisit the beautiful landscapes time and time again to gather loot and XP, enhance their weaponry and upgrade their abilities. Others will prefer to move on and consign their disc to the shelf soon after the campaign is out the way and they’ve had their fill of the multiplayer offering. Whether Destiny gets under your skin or not, it’s definitely worth experiencing. Oh, and the Sparrow hover bike is kind of cool too.

What a grind! Ranking up requires some significant replaying. Repetitive and doesn’t come close to matching the hype

Ambitious sci fi shooter/MMO hybrid from the makers of Halo. The biggest game launch ever is certainly out of this world

A copy of this game was provided by developer/publisher for review purposes. Click here to know more about our Reviews Policy.
Tagged With: activision, Bungie, Destiny, ps3, ps4, xbox 360, Xbox One