Diablo 3 fiasco: People have to take a stand against always-online DRM

It’s been a decade since Diablo 2 was released and people understandably are very excited for its sequel, Diablo 3. According to Blizzard, the game already has two million pre-orders and it looks set to break records worldwide, but there is a very grave issue that some people are neglecting here.

Diablo 3’s launch has been a clusterfuck of epic proportions. There are a bunch of errors users have encountered, which range from “servers busy” to “this game is not licensed on your account”. Look, the game isn’t cheap. For a PC game, it is quite expensive and when people pay up so much for games like these and encounter these errors which locks them out of something they own – people have to start questioning.

This isn’t about Blizzard specifically. There are other publishers watching this and looking at the commercial success of Diablo 3 – which does not even allow you to play the single-player campaign without logging onto Blizzard’s servers. So why is this so interesting for them? – Because it is a spectacular deterrent to piracy and extremely anti-consumer as well.

I do not want to pay up so much money and get locked out of the single-player component. Just no. This is a very serious issue that infuriates me to no end. Just imagine if other publishers start doing the same, and in the end, our beloved hobby will be destroyed by these corporate entities who only care about their own financial interests.

“It’s the trend that we’ve been moving towards,” said Senior Producer of Diablo 3, Alex Mayberry to justify the always-online DRM . “Obviously StarCraft 2 did it, WoW authenticates also. It’s kind of the way things are, these days. The world of gaming is not the same as it was when Diablo 2 came out.”

The world of gaming or whatever the hell that means, has not changed; the bottomline is, consumers should not be locked away from the single-player content. Coming from someone who has to review this game and had to wait till the servers went up for everybody, I can’t even explain what a frustrating scenario I’m facing right now.

We have deadlines and a lot of things to do – and things like these make it so much more difficult for us. That’s not all; imagine coming home from work tired and thinking about leisurely spending a few hours on a game, only to find out that you are at the mercy of these companies. 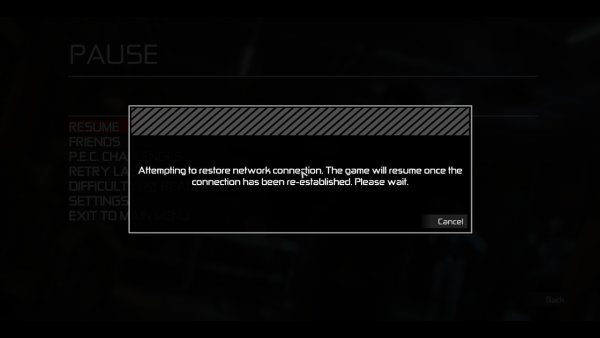 This should not happen. You paid them money and should be able to access the entire content (or at least the single-player mode) without any hassles. I hope this doesn’t set a precedent where publishers like Ubisoft and others try to combine always-online DRM with their most popular games and lock you out of the single-player mode, too. You know they are watching this – and want to test it out desperately.

It’s also our job as the media to spread awareness and send a message to these publishers that such anti-consumer policies should not be implemented and will not be tolerated by the paying consumers.

However, people will forget about all these things soon, unfortunately. Here’s what’s going to happen.

Diablo 3 will go on to sell a lot of copies (and based on what I’ve played, it sort of deserves those sales), and the always-online DRM will gain in popularity with other publishers who will slowly but steadily lock people out of single-player modes in a bid to combat piracy. In the end, the paying customers will suffer, but the pirates won’t. They will always find a way. Why? – Because we all know that terribly implemented DRM solutions do not work, unless you nicely try to screw customers like Blizzard have done here.

With the rumors of next-gen consoles having anti-used games technology, I really wonder where exactly are we heading? Things aren’t looking too rosy right now.

P.S. Always-online DRM is the worst form of DRM. It really is.