Diablo III was launched on May 15th 2012 and today is its 1st official birthday. Blizzard is celebrating this anniversary by giving bonus buffs to every player for a whole week.

Here is what Blizzard has to say regarding the bonuses:

“Players who log in to defend Sanctuary between May 15 and May 21 will receive a 25 per cent boost to their Magic Find and +EXP stats,” explains the developer.

“The buff is only available while logged in to the game, but it will apply to all characters as well as stack with other similar bonuses — the +EXP bonus will stack multiplicatively and the Magic Find bonus will stack above the 300% cap.”

Diablo III has also been confirmed to come out for PlayStation 3 and PlayStation 4 during the reveal of Sony’s next-generation platform on February 20th.

For those who are wondering if the console version will be stripped away from any PC features do not worry because Blizzard has stated that “The PS3/PS4 version of Diablo III will be based on the critically acclaimed core experience of the PC version, including all of the latest upgrades, such as the Paragon leveling system, customizable Monster Power, Brawling, and epic Legendary items”.

The console port will have a redesigned interface and  controller-based systems that fit the play-style. You can take a peek below at the new Diablo III console in-game interface from the PlayStation 3 version. 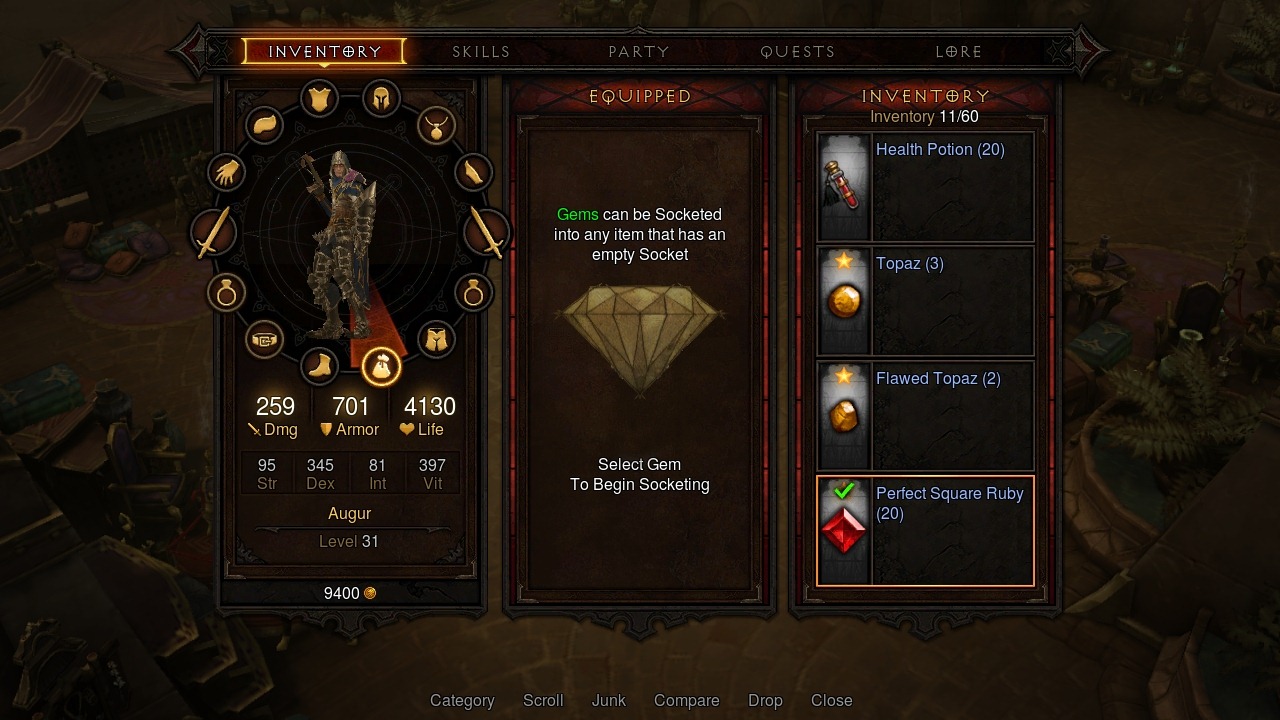 Let us know if you’re going to be playing Diablo III this week and if you’re excited for the console versions of the game in the comments below.

Check back on GamingBolt for more Diablo III updates and future Blizzard games.