Posted By George Reith | On 09th, May. 2011 Under Previews | Follow This Author @GNReith

We got a chance to play the PlayStation3 version of DiRT 3 and check out the Tour and Offline Multiplayer modes.

If I have to concisely say something that will delight the racing crowd then it has to be this, DiRT 3 will simply blow away fans when it hits retail this May. Now that I have got my fanboyism for racing games out of the way, let’s talk about how DiRT 3 will blow away the competition.

I was recently invited to a preview event at Zapak Games and was fortunate enough to get a few hours on the DiRT tour and multiplayer offline modes. The DiRT tour mode is your standard career mode which is represented with some really slick presentation values, something which Codemasters is well known for. Right from the day they developed the original Dirt to last year’s sleeper hit Formula One, the developer seems to up the ante as far as creating menus is concerned. Obviously this is not really a part of the gameplay and does not really need a mention, but for some odd reason I found myself continuously juggling between menus, just for the sake of it. 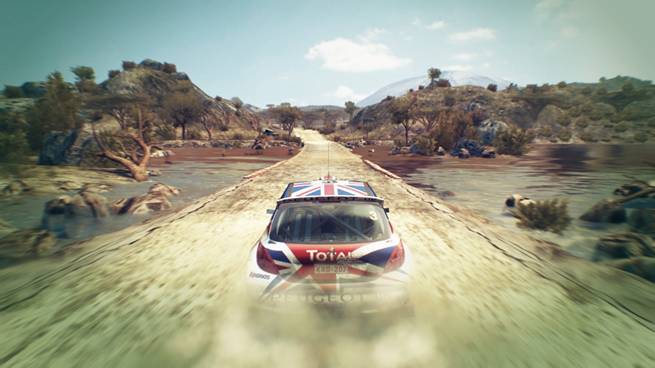 Now as soon as you enter into the world of DiRT 3, you will be requested to enter your details, something which gives a more personal feel to the game. Again just like any Codemasters racing game you will have a voice that will accompany  and guide you on what is what and how you can rise through the ranks to become the ultimate Rally champion. Now once you are inside a race you will be able to adjust some basic gameplay options like the difficulty, assists and damage levels.  One thing that will immediately strike you once the rally begins is the breathtaking visuals. Obviously when I say that, many people will ask: “Are they better than Gran Turimso 5?” Well my answer would be that Gran Turismo 5 has somewhat of a hardcore graphical feel to it, whereas DiRT 3 has a more soothing feel to it. Excellent shadow effects, bloom variations and detailed textures will hook you to the game like no other title. You will be travelling across the world, on popular rally tracks like Finland and Kenya, where each track is characterized by its own real world conditions. Although I was not really able to find any difference as to how the car handles on different tracks, the layout and the sense of scale in each track is simply amazing. You can actually see intensely detailed environments and mountains, stretched across hundreds of miles. It goes without saying that you will probably find yourself drooling at the scenery on more than one occasion. The damage has also been pretty well implemented with your doors and bonuts flying off, if you crash head on with a solid object. 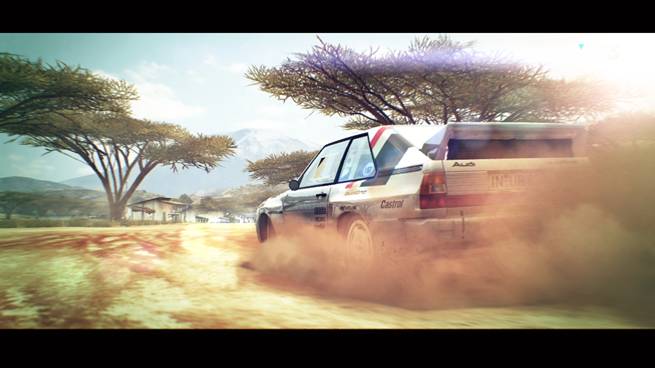 We need track deformation, come on! This is a rally game.

However there are some technical issues in the game. For example the people in the stands and your driver look bland. They look like puppets in my opinion, but having said that this was a preview build and I expect that such a small issue should be sorted out by the time the game launches. Track deformation is one of the major elements of any racing game that takes place on gravel and dirt. Unfortunately I observed that it was absent in DiRT 3 but, again, this might be due to a graphical corruption bug which is a known issue. Bottom line is, any rally game cannot be complete without track deformation and I seriously hope this is one of the points that will be fixed by the time the game releases.

There is a lot of talk on how the in car view is evolving. Gran Turismo 5 and Forza 3 had outstanding helmet camera and Shift 2 scaled it up by adding some realism in to it. Now when you add all of these combinations, you get a helmet view in DiRT 3 which is mind blowing, realistic and perhaps one of the best I have seen. So if you guys want to have maximum fun, just switch the camera to the helmet view and catch the breathtaking environments passing by. 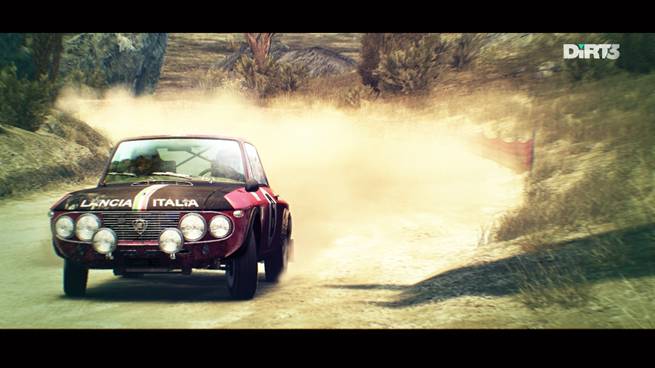 If the bugs are fixed, we possibly have the racing game of 2011.

As you progress through the race, you will be gain reputation points which will be dependent on the objectives you achieved during a race and the number of flashbacks the player has used. So if you have sufficient points, you will unlock the higher stages with new cars and livery.

I also got a Zapak rep to join me for some multiplayer action. Unfortunately this was an offline build, so it was just the two of us racing with AI drivers. Again, just like in Tour mode, you will be given a number of options including the vehicle class and the number of rounds. I was pretty disappointed that helmet view was absent in the split screen mode. As a gamer I would have preferred that view since the vehicles look a tad tiny, which is obvious since its split screen.

Overall I think if the developers can fix some of the smaller issues that I have mentioned, then boy oh boy, we have a supreme rally racer on our hands.