Dirt 4 is a treat for newcomers and veterans alike.

Dirt 4 is almost the perfect rally game. Nearly every conceivable flaw you can list that could potentially hinder the experience in a rally racer, Dirt 4 manages to address with an astounding an ingenious simplicity. What’s more, it takes the franchise back to its rally roots, taking cues from Dirt Rally, while also making sure that it’s not nearly as inaccessible as the 2015 game was.

Right as you boot the game, Dirt 4 gives you the option to select between two difficulty modes- Gamer and Simulation. Simulation, as the name suggests, is a difficulty that is catered towards rally simulation veterans, and for those who played and were able to master the mechanics of Dirt Rally, you’ll feel quite at home with this mode. For those who are not that deeply entrenched in the racing simulation genre as some others might be, though, there’s the Gamer mode, which takes the mechanics of the game and tones them down to a great extent.

Gamer mode is a great entry point for those who are looking for an accessible experience and don’t play too many rally simulation games. With plenty of driving assists, much more responsive, slightly arcade-like mechanics, Gamer mode lets you get familiar and eventually comfortable with the game’s systems. When you’re comfortable enough with what the game tries to be, you can finally jump into Simulation mode- not a choice you have to make, by any means, but definitely one that is recommended. 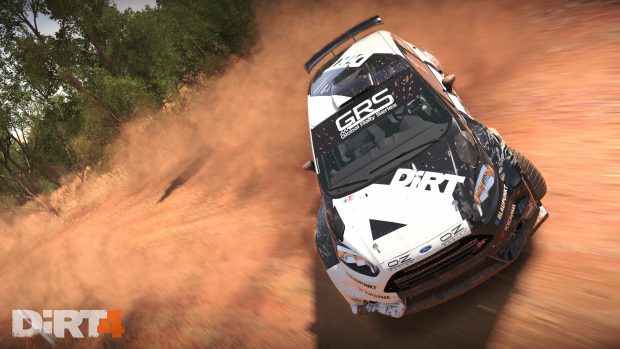 "Finding the balance between going as fast as you can but also being careful about not being bested by the track and ultimately crashing your car in the most devastating way possible is what makes this game such a thrill at its core."

Because it is really the Simulation mode where Dirt 4 is at its best. The game was obviously developed with proper simulation mechanics in mind, and while the difficulty levels of the game are extremely customizable and affect everything from the handling of your car to how intense the weather affects are in effect, the game truly shines when it’s being hyper-realistic. Because that is when the game almost perfectly simulates the sort of thrill and demanding action you’d expect a rally to have.

Dirt 4 is marvelous at simulating these moments, at making you excited about the next turn, the next bend, the next maneuver. Finding the balance between going as fast as you can but also being careful about not being bested by the track and ultimately crashing your car in the most devastating way possible is what makes this game such a thrill at its core. And that’s not even it- you’ve got so much to contend with- you have to take into account what kind of a surface you’re driving on; when it rains or when there’s fog or mist, you have to adapt your driving style to how much visibility there is.

When it comes to the actual act of driving and simulation, Dirt 4 nails everything almost to perfection. Thankfully, even outside of the act of driving, the game’s supporting features and mechanics are solid. The one that springs to mind almost immediately is Your Track, which essentially turns Dirt 4 into a game that has, in effect, an unlimited number of tracks. While the locations in Dirt 4 are limited, there is no limit on how many tracks there are in each of those locations. 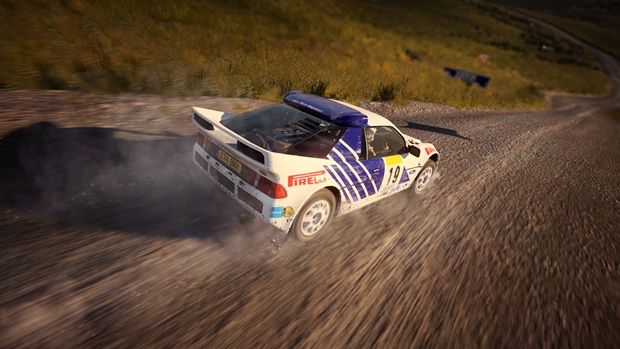 "The fact that every track in Dirt 4 is procedurally generated means that the game always keeps you on your toes, and that thrill and tension that you should feel in an actual rally never leaves you, no matter how many hours you’ve spent with the game."

Dirt 4’s tracks, you see, are procedurally generated. There’s not a lot of player input required for this generation- with two sliders for each aspect, you determine the length and complexity of your desired track, and after that, the game does everything else by itself. The tracks it generates are always top notch in quality and seamlessly integrated, and you’ll never get the feeling that these are tracks that have been artificially cobbled together within just moments. The surroundings always look beautiful and authentic, and the tracks themselves have a wonderful flow to them.

The sheer genius of this move, though, is that no two races in the game are ever the same. While in every rally game up until now, players eventually stop relying on their attention, instincts and the instructions of their co-drivers and instead start relying on their memory of what the track they’re driving on is designed like – rote driving, if you will – the fact that every track in Dirt 4 is procedurally generated means that the game always keeps you on your toes, and that thrill and tension that you should feel in an actual rally never leaves you, no matter how many hours you’ve spent with the game. This also means that there’s no issue of the game having less content in terms of tracks- simply because there are literally infinite tracks to race on.

Outside of the tracks, the content department is still pretty strong, and offers a fair bit of variety for the players too. The career mode, for instance, is very well designed, and benefits greatly from the ingenuity of Your Track. Even outside of racing, the career mode features some micromanagement features. It sees you building your own team, and has you not only filling up your garage with more and more cars, but also things like sponsorship deals and what mechanics you hire to take care of your vehicles in between races. 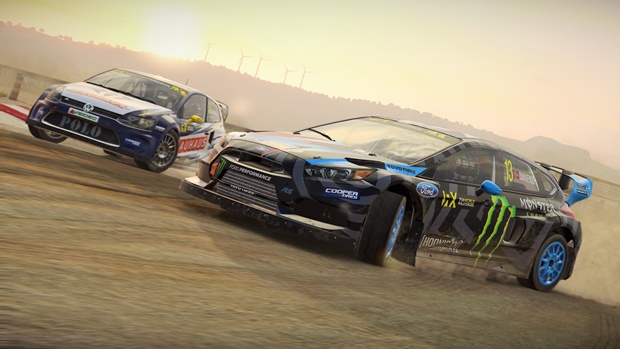 "Add to that the fact that Dirt 4 also features daily, weekly and monthly Community events, as well as competitive online races across all of its modes – rally, Landrush, and Rallycross – and it can safely be said that the game is in no danger of falling short in the content department."

Outside of that, there’s Landrush, which puts you in the driver seat of buggies or trucks and lets you lose on sandy tracks, where you race it out against opponent drivers. Landrush serves as a nice change of pace from all the rallying. There’s a limited number of tracks in Landrush, though, all of them handcrafted, and that, coupled with the fact that there’s little variety in those limited tracks means that Landrush serves as nothing more than a pleasant, intermittent distraction.

Then there’s Rallycross, where you race against seven opponents on licensed FIA tracks. The races are much shorter here, and the cars you drive are absolute powerhouses, so this mode ends up being much more fun than Landrush, providing short, intense bursts of utter enjoyment. There’s also the Academy, which serves as a sort of an open playground where you can test out all of your cars, learn the ropes and even take part in some enjoyable time attack events.

Add to that the fact that Dirt 4 also features daily, weekly and monthly Community events, as well as competitive online races across all of its modes – rally, Landrush, and Rallycross – and it can safely be said that the game is in no danger of falling short in the content department. 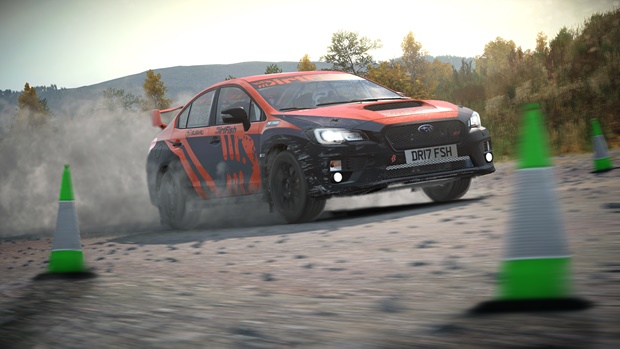 "What helps its authenticity stand out, apart from its excellent simulation mechanics, is the fact that Dirt 4 looks and sounds great."

What helps its authenticity stand out, apart from its excellent simulation mechanics, is the fact that Dirt 4 looks and sounds great. The visuals aren’t the absolute best in class, admittedly, but they’re still pretty damn good. The tracks and their surroundings look great, the cars have a satisfying worn out look to them, with dirty windows and mud-caked tires, and the weather effects are top notch. The way the water splashes on your screen – or your windshield, if you’re in cockpit mode – and the way the fog rolls and swirls around and impairs your visibility is an absolute delight to look at. The cars, too, look really good, both from the outside, and from the inside while in cockpit view.

And they don’t just look good. They sound awesome as well. Whether it be while you’re revving them, or while you’re braking around a corner, or while you’re crashing into a fence, the game has some great sound effects. Your co-drivers, too, are almost always very reliable with their track notes, and you’ll end up relying on them a great deal, especially when the visibility is not all that good- as you should, considering that this is a rally simulator.

Dirt 4 is, ultimately, an excellent rally simulator, but it also manages to be fairly accessible to those that might not be too familiar with the genre. It does the impossible and manages to appease both kinds of players. It’s also brimming with content, and the fact that it has practically unlimited tracks means that you’ll never get bored, and it will never get repetitive.

The game isn’t at its best in Gamer mode; Landrush gets boring fairly quickly.

Final Verdict:
AMAZING
Thanks to great, authentic, and accessible mechanics and plenty of content to offer, Dirt 4 is one of the best rallying games we’ve played in the last few years.
A copy of this game was provided by Developer/Publisher/Distributor/PR Agency for review purposes. Click here to know more about our Reviews Policy.