Blink your way out of danger.

Dishonored was a great game with interesting ideas. Sure, I had some issues mainly with the implementation of the Blink power that lets you teleport small distances easily, but I loved the game due the developers creating it with love and affection, and it also belonged to one of my favorite genres.

Why I hated that power was because it isn’t something that’s suited to a stealth game. Basically it tends to ridicule the entire genre in the process.

I’m a fan of slow pacing and using cleverness to get past an enemy or a difficult section. You can do that in Dishonored, too, of course, but why would you when you can just teleport away. This isn’t some rant about Blink, it’s actually about whether you should buy The Knife of Dunwall DLC or not.

Yes, you should. Even though it allows Bli… arghh.

The DLC adds some new missions to the game and you get to play as Daud, the master assassin, that you confronted as Corvo in the main game. Daud is pretty awesome and bears the mark of the Outsider as well, so that’s how he’s able to have powers like Bli… arggh. 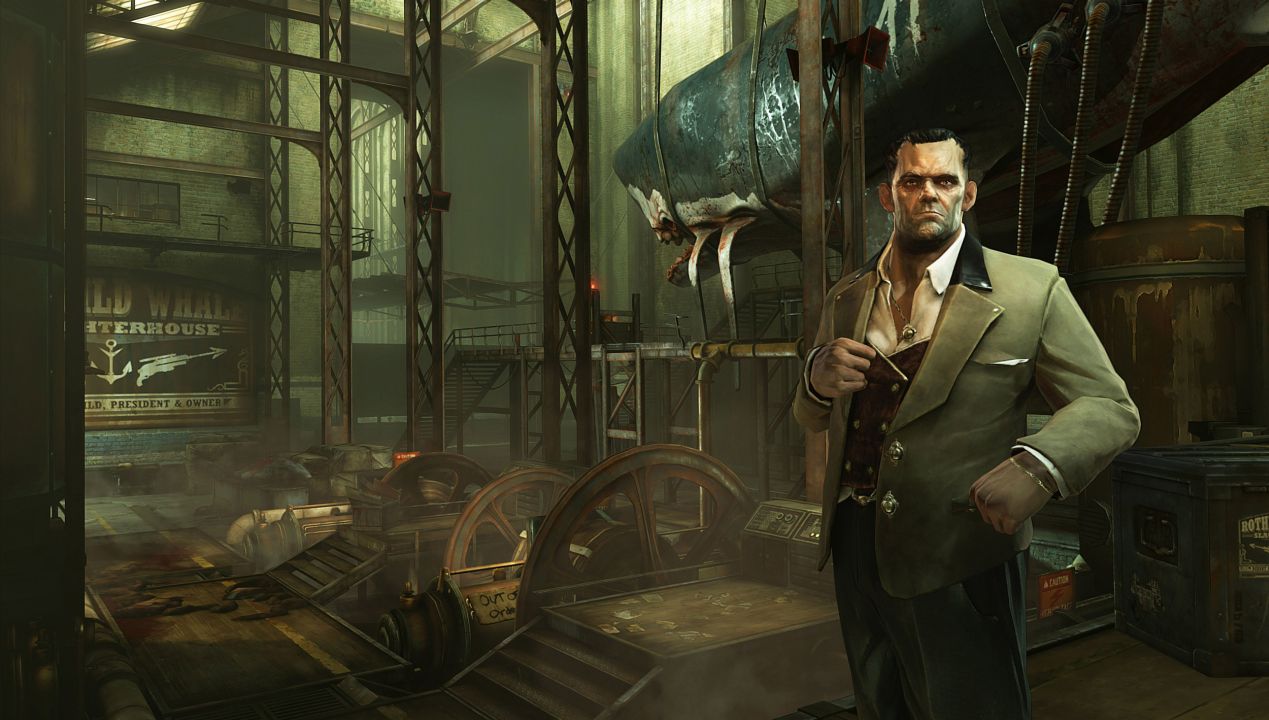 Daud killed the Empress if you remember early on in the original game, and it’s something he has regretted doing until the Outsider met him and gave him clues about what he should do next. So off goes Daud, to find “Delilah”.

You first go to Rothwild Slaughterhouse–a whaling factory–where you can actually see a gigantic whale being oiled live as it tries to struggle. But hey, it’s something they require for building their city and as the loading screen tells you, it has allowed the region to become industrialized.

You can see how scientists like Sokolov are trying to see where the oil actually comes from inside the whale, but as you know from the first game, he mostly used the oil to develop weapons.

There are some new enemies that you will meet inside the Slaughterhouse, most notably the Butcher who comes at you with a giant chainsaw. It’s difficult to defeat these people due to the high armor but they’re weak in the backside since you can shoot the oil that powers their saw. 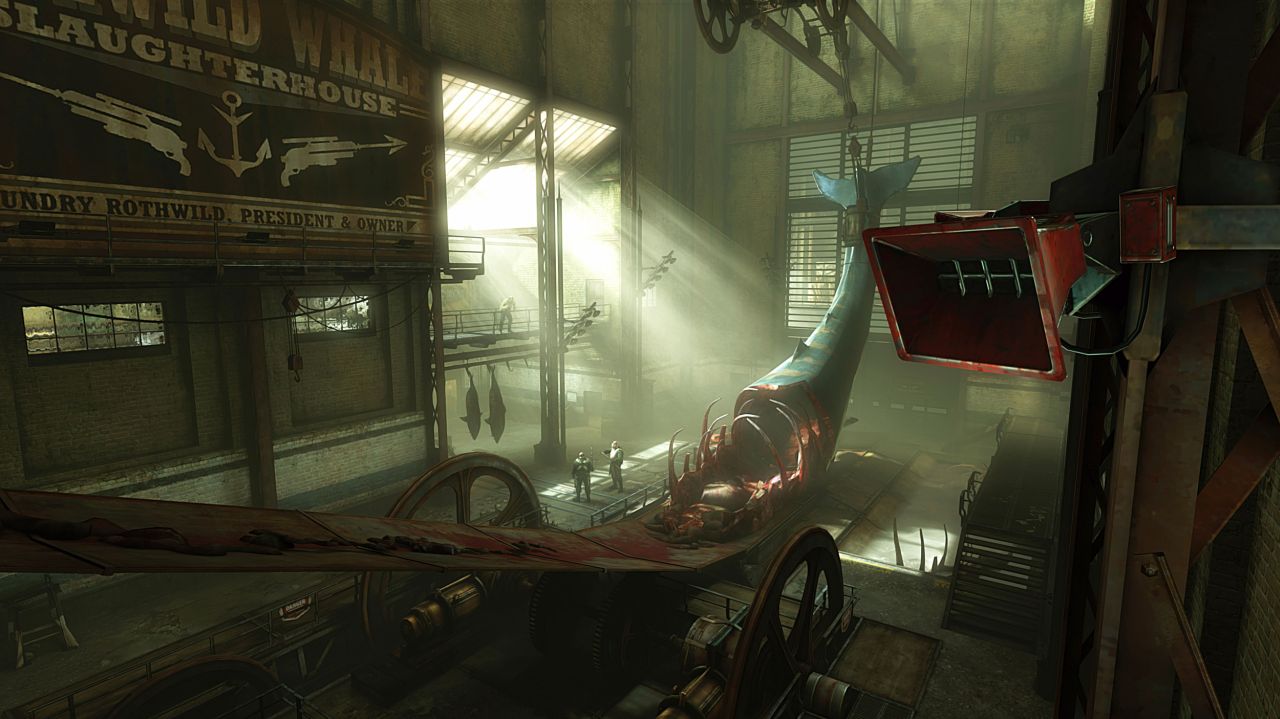 The mission was a good one and could have been in the main campaign as well with a bunch of optional objectives which weren’t a chore.

The second mission takes you on an estate where you need to find more information about Deliah by performing some tasks for a woman who has asked you for something in return. Typical. There’s a heavy use of Blink here and you can also teleport mid air.

The third mission takes you back to the familiar places of the original game and to be honest, I found them a bit boring. I think this is a repeat of the problem that shows a lack of consistency, and using fillers to increase gameplay time.

Make no mistake about it, Dunwall is a fun place to revisit, because of the artstyle and gorgeous graphics on offer, that will no doubt make you clamoring for more games like these.

I’d say the entire DLC lasts for about 3 hours or so, and is a pretty good value considering the length. Daud is an interesting character but a bit too familiar with Corvo, so there really isn’t enough of a difference between the two except the powers on offer.

If you are an average player, you would still be using Blink and the crossbows, without trying to experiment different gameplay styles. 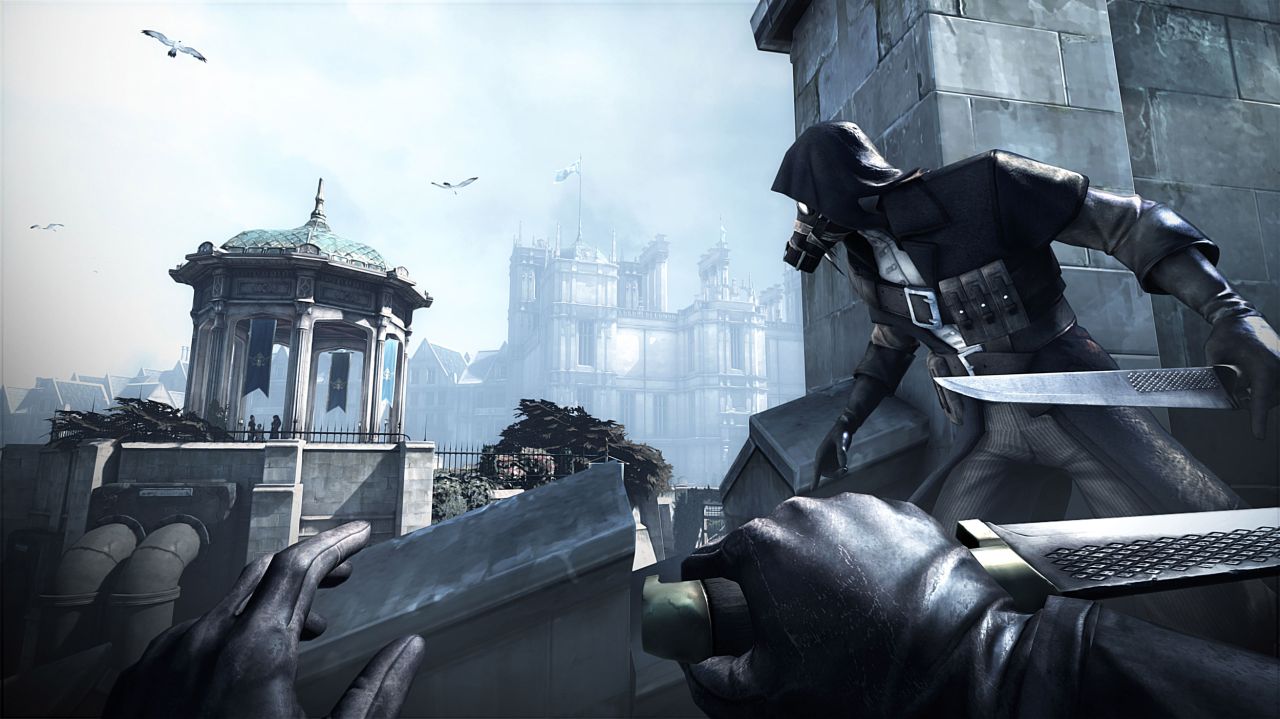 I think in an attempt to make the game accessible and not forcing players to play a certain way i.e., with patience, the stealth aspect of the game was nerfed a bit. This isn’t actually something that is exclusive to the DLC, because it’s a story campaign, it affects the original game as well.

Oh well, at least pure stealth fanatics like me can look forward to Thief, or find it corrupted as well. But at least they are being made, right? I know my attitude may be a bit irritating, but it’s not my fault I love hardcore stealth games.

Final Verdict:
GOOD
Dishonored: The Knife of Dunwall adds some story material to the game and let's you play as the antagonist of the first game, but there's really no difference in the core gameplay. What it does add is some fun missions for fans who loved the game.
A copy of this game was provided by Developer/Publisher/Distributor/PR Agency for review purposes. Click here to know more about our Reviews Policy.