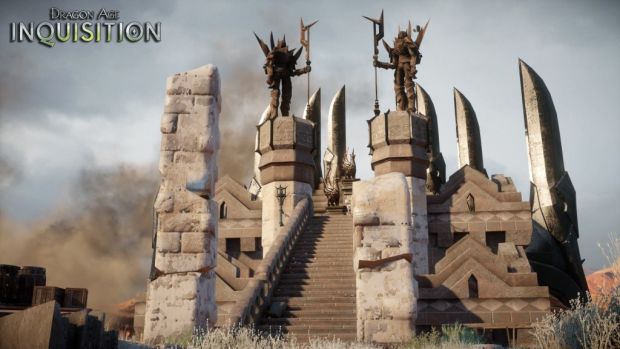 As you already know, a great deal of gamers are currently embroiled in a hugely pointless argument. The, “my console is better than yours” argument. Well the Dragon Age Inquisition producer has said that they’re “not even close” to knowing what the Xbox One and PS4 can do. Which is not too surprising at all given that these consoles are extremely young.

When asked about the decision making behind loosing the controversial tweet saying “Confirmed: #DAI resolution is 1080p on PS4, and 900p on Xbox One. We maximized the current potential of each”, Flynn responded, “It started because we’d seen what we thought was interpreted as misinformation from viewers of the live stream we did. Based on that, we said, “Well, it’s important to get the information out there so players can understand reality when they’re considering a pre-order, or if they’ve already preordered Dragon Age.” We wanted to be very clear.”

He goes on to comment on the importance of clarity, “We hear from our fans all the time that it’s important to be clear in these messages. That’s one of the curses and benefits of a thing like Twitter. You can be brutally clear, but you only have 140 characters, and unfortunately that can just inspire a lot more questions. In this case we were able to be very clear, though, because at the end of the day it’s just numbers.”

Following that, Flynn was asked on how the message was received by the gaming community, he answers “I found that people appreciated the clarity of the statement, whatever platform they’re playing on. The important thing to remember is that Dragon Age looks stunning on all the platforms it’s on. We’re not even close to the maximized potential of either system yet. It’s just around what we can do now. Once you get Dragon Age, you’re in for an amazing experience regardless.”

Personally, I thought the tweet was a fantastic move on their part. But what do you think?