Dragon Ball and Dragon Ball Z are such massive cultural phenomenons that they’ve sprouted several anime series, films, toys, clothing and much more. Not to mention the many games that have come out of the series’, as well. Dragon Ball Z Kakarot is the next step in the Dragon Ball evolution, bringing back action adventure into a series best known for fighting games. It’s beautiful palette of colors, combined with a cel-shaded artistic style that does the anime justice are just a few things Kakarot is doing right. We had a chance to sit down with Bandai Namco’s Brand Manager Mark Religioso, to ask him over 9,000 questions about Dragon Ball Z Kakarot… Unfortunately, he was only able to answer a few of them.

"Obviously, it’s a monumental feat. The development team have done a really good job at bring the game to life. "

The Dragon Ball Z anime is one of the biggest worldwide phenomenon across all media- what’s it like to have the responsibility of adapting it to video game form, which has doubtless been a dream for millions for so long?

Obviously, it’s a monumental feat. The development team have done a really good job at bring the game to life. Some have been known to work on the Ultimate Ninja Storm series. So they really nailed down that transitioning the anime content to the actual game content to that cel-shaded style. They’ve done an amazing job, and those guys are hardcore fans of Dragon Ball, too. So this is a dream game to work on.

Can you tell us how much of the anime is covered by Kakarot?

we have an announced how much content is in the game. But if you look at the E3 trailer you’ll see some of the Saipan Saga, as well as his door with Frieza. So, more information to come. So if the title has anything to say about the game that should be enough info.

Combat is supremely important in any Dragon Ball title, given the source material- what sort of combat system Kakarot will be going for?

Here, with the producer wanted to do was emulate a Dragon Ball Z anime that turns into an actual game. We really wanted it to be more real time, and we wanted it to feel monumental. So when you go into a battle say it’s Radditz — say it’s a boss — it’s not going to be equal footing. It’s not going to be Dragon Ball FighterZ. It’s definitely real time action, with trademark moves from the enemy, as well.

You originally announced Project Z as a 2019 title, but Kakarot’s announcement confirms it as a 2020 release. Can you tell us why it got delayed?

We really just wanted to work on it more. The team wants to do an awesome job, pushing the game out and doing the anime content justice. 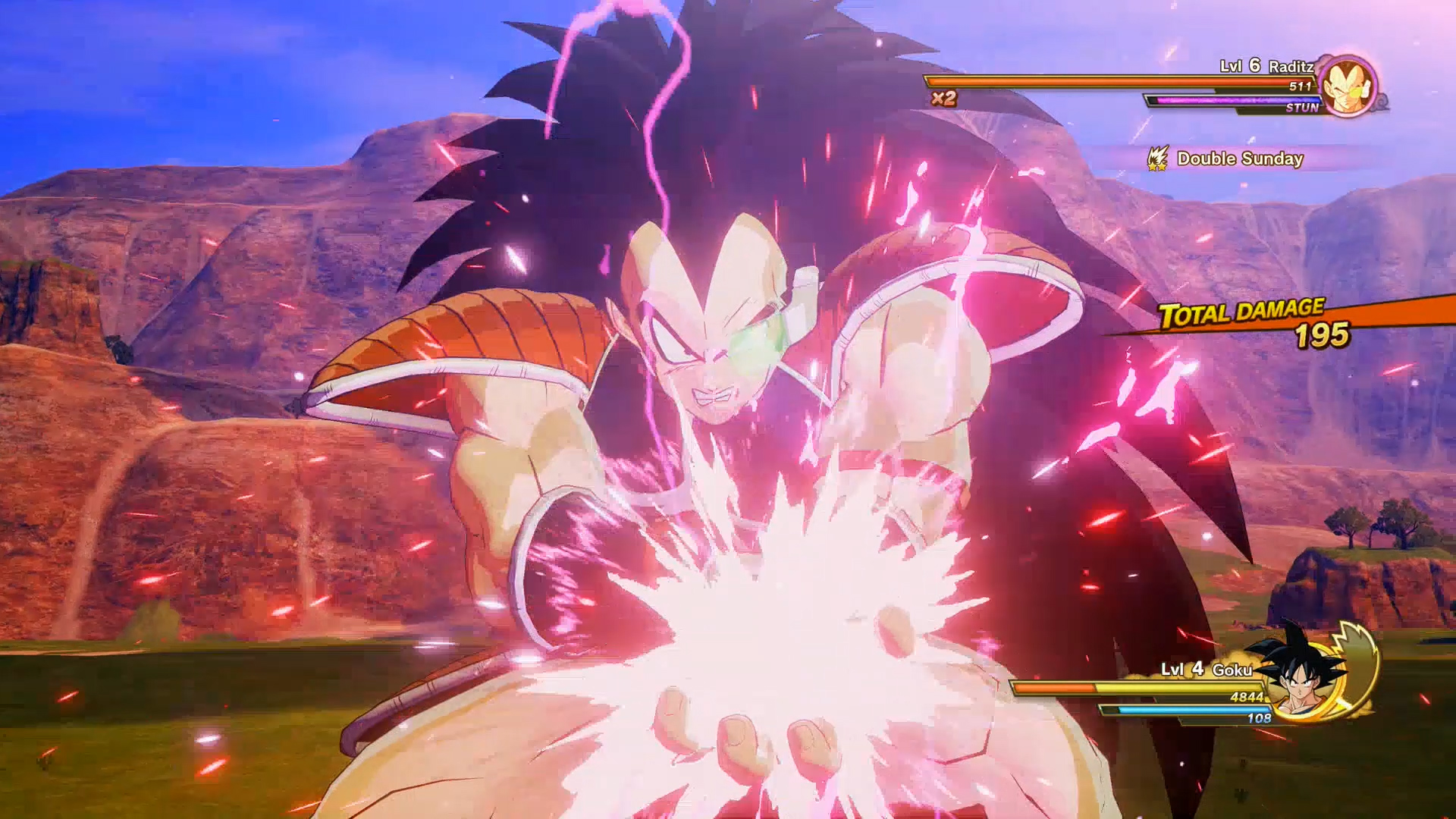 "We really just wanted to work on it more. The team wants to do an awesome job, pushing the game out and doing the anime content justice."

Does Kakarot add stories and characters of its own on top of what it shows from the anime, or are you developing it purely as a faithful adaptation?

It’s based on Dragon Ball Z, but if you can tell from the demo, there’s characters like Nam who appeared in the original Dragon Ball anomie. So you’ll see some of those secrets. And that’s just a nod to help big the producer is the franchise as a whole. So lots of interactions in the story as well, too.

How large of an open world environment can we expect to see in Kakarot?

We’re not actually touting this as an open world game. They really wanted to emulate the anime experience. In the anime, Goku didn’t just go around fighting random guys. These worlds are very vast, and as you can see from the demo. You can explore a lot of different things and do a lot of different activities. So this is a good slice of what kind of maps are going to be in the game.

Can you speak to us about world traversal in Kakarot and how it will function, mechanically speaking?

In the game you have Nimbus, that’s Goku’s tried and true transportation through Dragon Ball and Dragon Ball Z. Also, you can fly yourself. More information to come on how you can travel through the game.

About how long can players expect an average playthrough of Kakarot to be?

We haven’t revealed that. I can tell you this, it’s not going to be like 12 episodes, or 12 hours for one battle, right? That would be amazing. I think that’s how it should be. If this is any indication, the Saiyan Saga has a lot of monumental battles and different phases. More to come in the future.

Do you have any plans for a Switch version?

Right now, we are developing for PS4, Xbox One and PC. Those are the only platform we’re looking at at the moment. 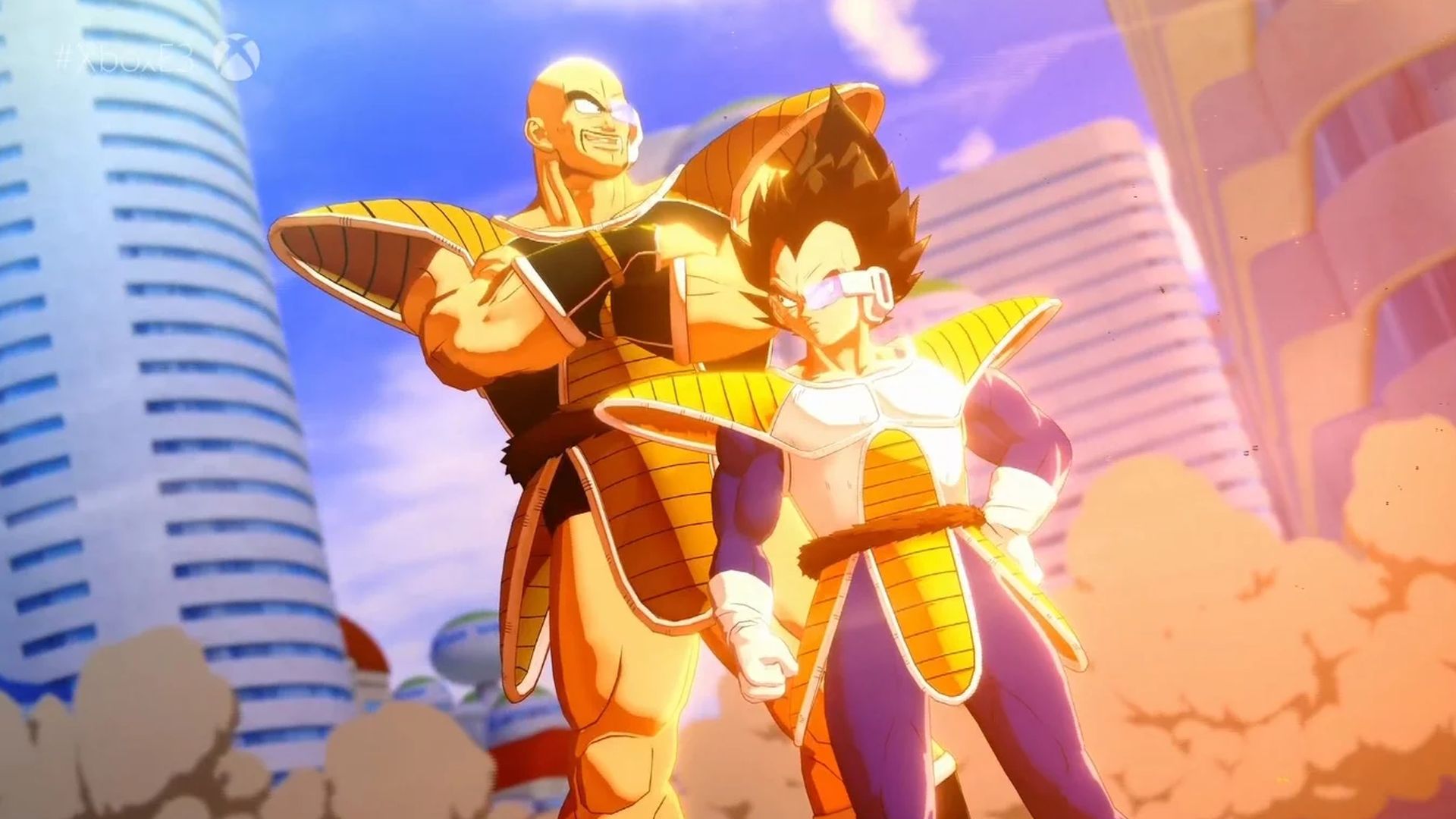 "This game is basically a love letter to all Dragon Ball Z fans."

I know we’re supported for 4K. But I’ll have to double check and confirm those features.

Our time’s almost up here. Is there anything else you’d like to add about Dragon Ball Z Kakarot?

This game is basically a love letter to all Dragon Ball Z fans. It’s been a long time since we’ve had an action RPG based on mechanics in Dragon Ball Z [anime]. As you’ve said, it’s grown into such a big pop cultural phenomenon, and we’re excited for Dragon Ball Z fans as well as new fans of the franchise as well.