Driver: San Francisco is an upcoming sandbox-style action driving video game developed by Ubisoft Reflections, and it will be published by Ubisoft. The game formally was unveiled at E3 2010 and is scheduled for release in North America on August 30, 2011 and in Europe on September 2, 2011 on Mac OS X, Microsoft Windows, PlayStation 3, Xbox 360, Nintendo 3DS and the OnLive system. A separate Wii version is also in the works.

We had an exclusive opportunity to speak to Ubisoft Reflections on how the game is shaping up and what gamers should expect from the same. 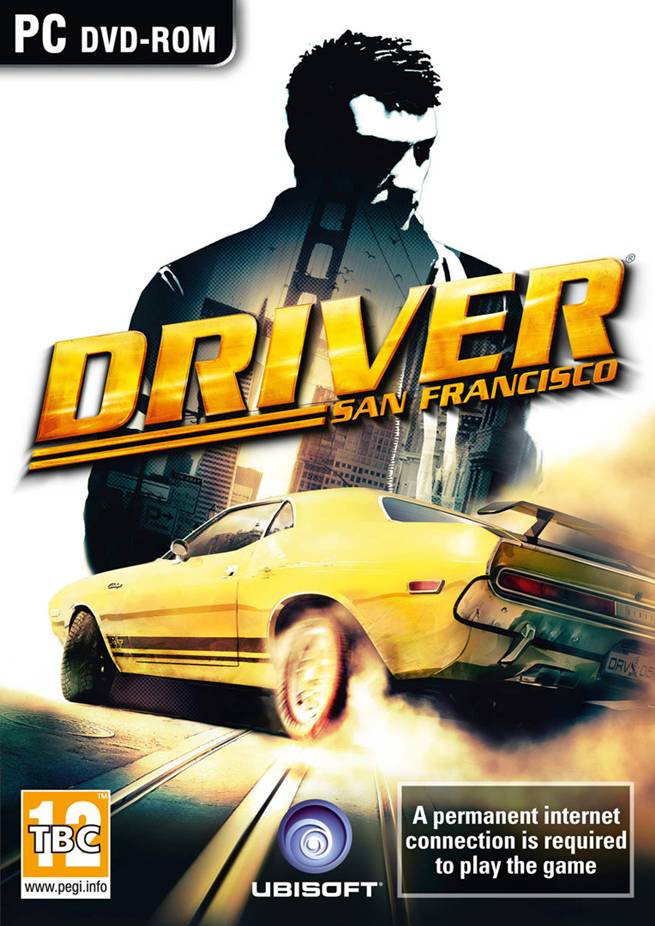 As a series, Driver has a rich and colourful history. How does San Francisco fit in with the previous Driver titles?

Despite the new Shift feature, in many ways we have gone back to the roots of the original Driver. In terms of story we catch up with the original central character from Driver 1, detective John Tanner, and also his partner Tobias Jones and his sworn enemy Jericho both of whom were first introduced in Driver 2. The story actually picks up some months after the conclusion of Driver 3 (Tanner was shot by Jericho in Istanbul) with Jericho being sentenced for that crime. Tanner is back out of hospital and despite Jericho’s impending jail time, just senses that something bad is about to happen. Which of course it does…

The Driver series has seen its highs and lows. How do you plan to ensure that San Francisco is seen as a high point?

When I was asked to come back on board for Driver SF the first key thing for me personally was to be convinced that the new owner of Reflections, Ubisoft, were 100% committed to bringing Driver back as the major brand that it once was. Everything flows from that foundation. Investment, a strong and highly motivated development team at Reflections, original ideas, no short cuts, plenty of time to do the game justice. Driver San Francisco has been developed to a quality threshold not a delivery date and that is quite a luxury in today’s development environment. We have really gone all out on this – back to roots handling feel that fans of the original game are really enjoying, fresh and innovative features to ensure it’s no ‘me too’ open world driving game, proprietary core tech (rendering and physics) built from the ground up to achieve 60fps quality, 130 licensed cars, 80 licensed music tracks, and a great multiplayer component. It’s a big game with a lot of content.

What made you decide to introduce the new Shift system rather than just allow players to travel on foot?

Several reasons. Innovation. There are so many open world run around on foot games already, no one has done this before, partly because it is impossible to achieve on previous generations of hardware, and Reflections has always enjoyed innovating. Shadow of the Beast, Destruction Derby, Stuntman and Driver always had a high level of innovation in various areas and it’s something I’m really proud of the studio’s history for. But it’s pointless innovating with a new feature for the sake of it obviously – as a gameplay mechanic Shift really opens up possibilities previously unheard of, especially in a driving game, with rapid switching between very different vehicle types. And it’s a real game changer in multiplayer. The Coma dream seems like an interesting plot mechanic for the series. Can we expect more abstract narrative?

I don’t want to give too much away as the story is extremely important in Driver San Francisco but Tanner does not realise at first that he is in a coma, things progress and get stranger and stranger and then of course he begins to question first one thing, then another, and then eventually everything that surrounds him. Certainly it gives us incredible freedom to create some great scenarios that could not exist in real life but when you play through the game, and the story, you find that it is actually strongly rooted in reality. From a narrative point of view we give it a light touch. The banter between the characters for example; Jones just thinks Tanner is a bit nutty at first which leads to some funny exchanges given the situation, and Tanner’s absolute belief that he has gained some kind of ability to take over people’s lives.

How will the story of San Francisco link into the upcoming Wii game, and Driver Renegade for the 3DS?

Actually Driver Wii is like a prequel to Driver 1 and tells the story of the young up and coming criminal Solomon Caine. We met him later in Driver 2 and in fact Jericho worked for him as a hit man, until one fateful day in an elevator that is…

(note – Renegade is developed outside of Reflections)

With open world games becoming more numerous than ever these days, what do you think will set Driver San Francisco apart from the competition?

Shift is the most obvious of course; it simply hasn’t been seen in a game like this before. The ability to be anyone, anywhere in the city instantaneously really is quite unique. But at a more simple level I really believe that Driver has quite a unique feel in really nailing that feeling of being down on the streets in the exhilaration of a TV or movie car chase. Those big tail out power slides and heavy handling of those 70s US muscle cars, scattering pedestrians and ‘exploding’ street furniture.

Has the decision to use licensed vehicles for the first time in the series proved costly or time consuming, and do you think the results will be worth the effort?

Where to start on this one! 4 years or so of a full time dedicated team, and that is in addition to the team that actually built the cars! The cost I dread to think but this is a game inspired by the greatest Hollywood car chases of all time. Why wouldn’t you want to drive those exact same cars you saw on the big screen or on television? To me personally it is part of what transforms the experience from a game to a truly immersive and believable experience. A dark green Ford Mustang on the streets of San Francisco, a White Dodge Challenger slithering up a dusty road. Believe me it was worth it.

With so many games ignoring split screen multiplayer in favour of online only modes what made you decide to include it in Driver San Francisco?

This is one of the features we really pushed and built on with the extra development time. It’s a huge challenge since you have to render the view twice and the list of other issues is almost endless but if you have ever watched a couple of friends, or parents playing with their kids in split screen games, it makes you realise what a great and unique experience it is. Many people are scared of online; this is a great, safe, fun and comfortable way for people to play. 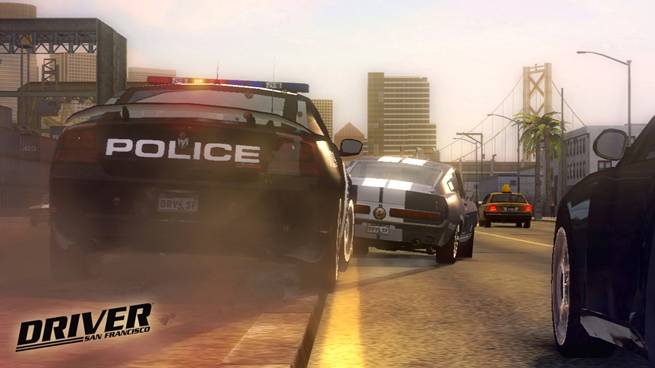 Do you think it is harder to sell a game that has had a long development cycle as Driver San Francisco? Do you reckon fans will be expecting more from the game as a result of this?

At the end of the day the thing that matters is – having spent your hard earned cash on a new game -whether it deliver a quality experience that will have you playing and enjoying for quite some time. Perhaps there is more of a pent up expectation, but it’s not like the PR on Driver SF has been running for years, we kept it pretty quiet until our first initial sneak peak at E3 last year, and then the full blown showing now.

With San Francisco releasing on so many platforms is there one platform that the game was for in particular. Will there be any difference between the games on different platforms?

It was principally developed for PS3 and 360 but there hasn’t been a lead platform as such: the PS3 tends to lead the 360 by only a matter of a week or two. Both versions have had full focus for the entirety of the 5 years of development so no, the differences are minor.

And last not the least, what’s in store for this year’s E3 2011? Any major surprise in store for us as far as Driver San Francisco is concerned?

We will be there with both single player and multiplayer. Multiplayer has not been experienced by many people yet and I would definitely recommend a shot on that, you have never seen anything like it… Or heard so much shouting and screaming in a multiplayer game!