There was a time way back, when all I heard about was how great Driver was. Friends, magazines and adverts all conspired to show me that I needed to buy this game. So I did. Whilst I wouldn’t say I was disappointed, the game was too damn hard. I was younger back then, and lacked the grit and sheer determination required to fully enjoy the experience. I never even bothered with later games, hearing that they offered little more than failed ambition. Now we have Driver: San Francisco, a game that attempts to bring the series back to its roots. I’ll not hold you in suspense for too long; D:SF does this well, creating a fun and easily accessible cinematic driving experience that sets a really good level of challenge. It’s a well crafted game, but it might not be to everyone’s tastes. Read on for the full low down.

The plot isn’t really why anyone will be buying this game, but I ought to summarise it if only for completions’ sake. We have good old John Tanner returning from previous games in his attempt to put the evil criminal mastermind Jericho behind bars. Having finally succeeded in this endeavour, Tanner is monitoring Jericho only to see him break out of prison. While chasing him down Tanner winds up in a car crash that results in a near death experience. Upon awakening, Tanner finds he has a mysterious power that allows him to inhabit and control the bodies of other people. In comparison to the grittier and more urban stylings of previous Driver titles, this plot is nothing short of a bizarre and unwelcome delve into the supernatural, and it sadly fails to ever amount to any more than this. Yet, if you focus on the story too much you’ll miss the point and focus of D:SF. 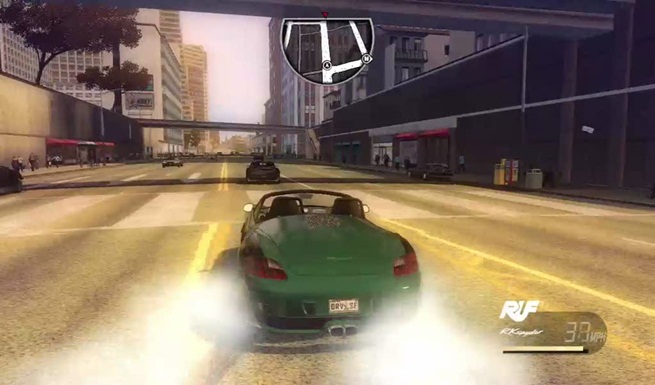 The main driving mechanics are solid and satisfying

The gameplay is where it’s at in Driver: San Francisco, and it does a good job of remaining simple and enjoyable throughout. As in traditional Driver fashion, you can’t leave your car in San Francisco. That isn’t to say the game doesn’t have non-linear and open world elements though, as you can tackle a variety of sub-missions and challenges as you see fit, or just cruise around the city at your leisure. Challenges, missions and any cool driving feats and stunts earn you points that can be used to buy upgrades and new vehicles. All the vehicles that show up in D:SF are licensed as well, so car nuts are going to feel right at home here. Forcing players to remain behind the wheel returns the game’s focus to driving, which is a good thing considering how tight the driving mechanics feel. They take some getting used to, but it all has a sense of weight and momentum that grants the game a balance between being easy to pick up and difficult to master.

The big new mechanic in the game is shift, that ridiculous element of the story where Tanner effectively possesses people. Whilst it serves as a thematic thorn in the usual sensibilities of the series, it is an accomplished and exciting gameplay mechanic. With a simple tap of the A button your perspective shifts to a birds-eye view where you can scroll around the city map and jump into any other car of your choosing. This opens up a lot of gameplay opportunities, whether it be using shift to quickly jump around the map, simply shifting to get a better view of your surroundings, or using other vehicles to ram and block your racing opponents. It also sets up the game’s side missions, with Tanner using his supposedly impeccable driving skills to help the needy citizens of San Francisco. Though I’m dubious of its inclusion in the story, it bolsters the gameplay with an innovation that prevents Driver: San Francisco from becoming “yet another racing title.” 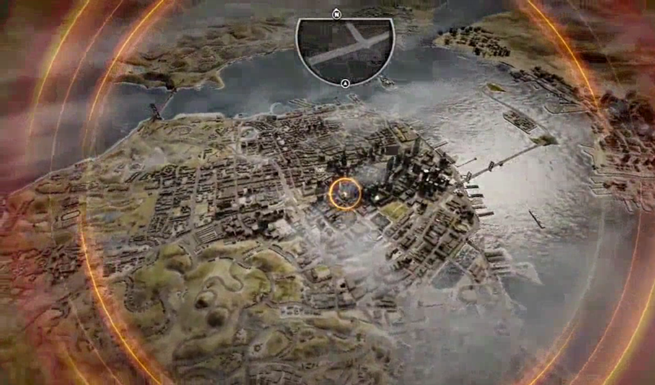 The shift powers are versatile, and give the game its X factor

Driver continues to attempt a cinematic driving experience, with over the top car chases and stunts galore. The polished driving gameplay does this justice, and the use of licensed tracks blaring over your car radio gives a welcome sense of realism. What I wasn’t entirely sold on were the graphics. The in-game graphics are reasonable enough on their own grounds, even though they aren’t particularly special. Likewise, the FMV sequences are fairly competent. The problem arises in how often they are interchanged with each other. You’ll have a few seconds seeing Tanner driving his car with in-game graphics before it jumps for a few seconds to an FMV sequence of Tanner and his partner talking inside the car. These graphical cuts go back and forth continuously in nearly every story sequence, to the point where it feels a bit choppy and inconsistent. It isn’t too much of an issue, especially when the story is clearly not meant to be a huge focus, but a greater flow may have helped in this department regardless.

Driver: San Francisco’s only major bed bug is the potential depth of the gameplay. Whilst it does take some time to fully attune to the game’s polished physics and driving mechanics, there isn’t a whole lot else once you get past these and the shift elements. The big problem is mission variety. There’s a good spread of chases, races, getaways and takedown missions, but it starts to repeat after a while. That said, the new unlocks and side missions may be enough to keep you hooked through to the end. Those who really dig it will have a lot to go on though. The main campaign mode is fairly extensive in terms of content, but there’s also a lot of other stuff going on underneath the hood. Film director mode makes a return, giving you the chance to edit your previous game footage to make all kinds of cinematic chase sequences. Multiplayer modes are also fun and extravagant, with a fairly well fleshed out online component and there is split-screen multiplayer as well. There are plenty of fun modes to sink your teeth into here and, even though it might not distract you from the big online shooters for too long, there is a lot here that Ubisoft Reflections should be proud of themselves for. 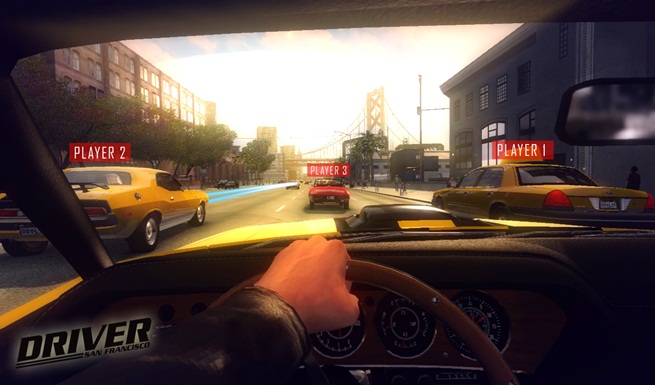 The online modes are well fleshed out, with split-screen multiplayer being the icing on the cake

All in all we have a new entrant into the arcade racer genre that brings the Driver brand back into the realms of gaming credibility. Driver: San Francisco is fun, accessible and manages to differentiate itself enough from the competition. It almost makes up for the previous mistakes in the series, to the point where I’m very much curious to see how the next game in the series will shape up. In the mean time, Driver: San Francisco has enough flair and content to be an easy recommendation to racing and arcade fans, though it hasn’t quite honed the formula enough to convert those who wouldn’t usually associate themselves with the genre.

Visuals are inconsistent, Story is unconvincing, Can get a bit repetitive, Pacing can go awry

Final Verdict:
SUPERB
Driver returns for the modern generation. In bucking the original's exceptional difficulty and more recent incarnations' lack of quality, San Francisco offers an enjoyable, if occasionally shallow, arcade driving experience
A copy of this game was provided by Developer/Publisher/Distributor/PR Agency for review purposes. Click here to know more about our Reviews Policy.