Dungeon Defenders has been around for a while – over a decade at this point – and while it’s seen plenty of success in its realm with its addictive tower defense gameplay, the franchise and its developer Chromatic Games are looking to branch out. The result is Dungeon Defenders: Going Rogue, a roguelite spinoff that repurposes the series’ well-established ideas and mechanics and lends them a new twist. Having recently launched in early access, Chromatic Games is looking to expand and improve the game over the coming months, and to learn more about those plans, the game’s current state, its development, and more, we recently reached out to its developers. Below, you can read our interview with creative director Alex Saare and community manager Andrew Bernard. 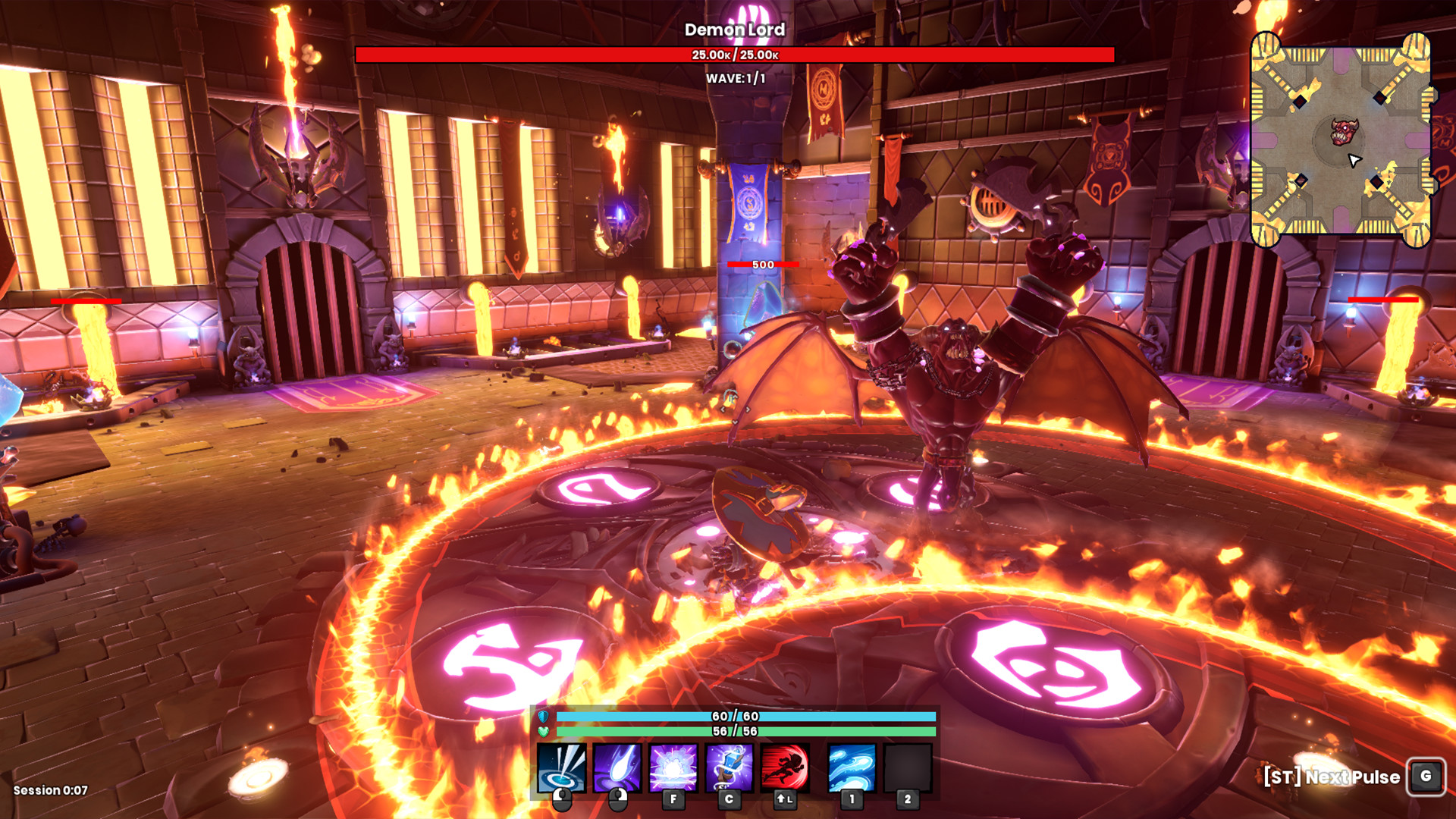 "We’re wanting to not only grow the amount of Defenders in our community, but also expand into diverse new territory while we continue to develop Dungeon Defenders Awakened."

Dungeon Defenders has traditionally been known for its tower defense gameplay, but Going Rogue is adopting a roguelike structure instead. What was behind the decision to introduce such a radical shift?

We actually sort of got here by accident. During the development process for one of our Dungeon Defenders Awakened (DDA) episodes, we were working on a game mode that had some roguelite elements to it and it turned out to be immensely fun internally. We looked at ways to expand on this mode in DDA (we couldn’t do multiplayer, limited on the gear that dropped, etc), which led to us pursuing it as its own game where we could do more.

We don’t charge for the episodic content we release in DDA (new heroes, new enemies, new bosses, new maps, new gear, and new features), and we’ve had players asking for ways to support us through DLC. Going Rogue becoming its own game that was crossing genres made sense to release as its own game, but for people who own DDA, they are able to bundle and receive the game at a huge discount, essentially making it a DLC that’s under $9. This also means people who buy Going Rogue can also get DDA for a reduced price as well through the same bundle. We’re wanting to not only grow the amount of Defenders in our community, but also expand into diverse new territory while we continue to develop DDA.

Given the change in direction for the series, how are you ensuring that Going Rogue strikes the right balance between retaining the series’ identity and charting its own new path?

That is an area that we feel is a big advantage for Going Rogue. By repurposing some of the content from DDA we were able to create an experience that feels very familiar to fans of the franchise, while also having the freedom to explore new mechanics and create engaging gameplay for players. 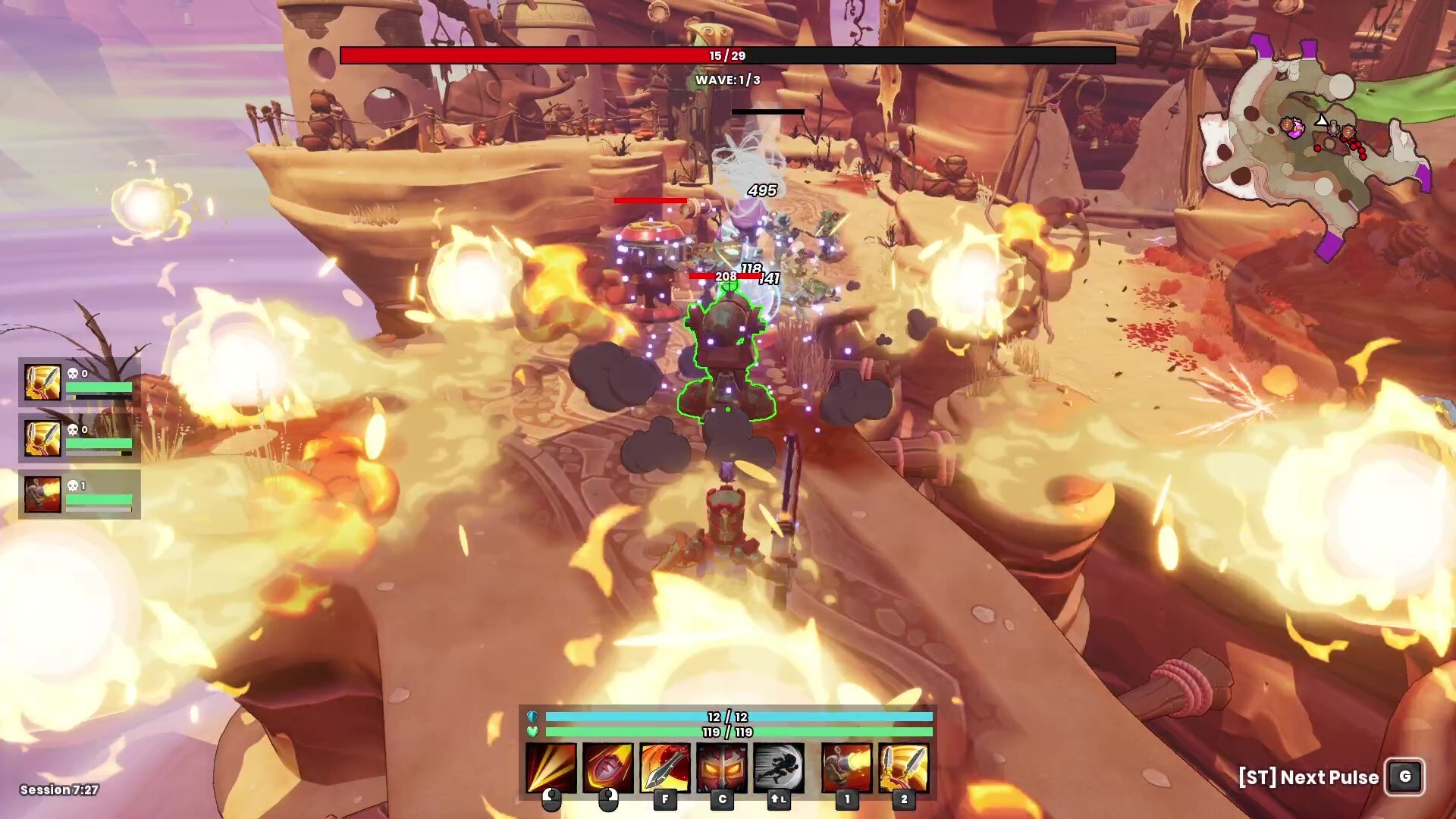 "By repurposing some of the content from DDA we were able to create an experience that feels very familiar to fans of the franchise, while also having the freedom to explore new mechanics and create engaging gameplay for players. "

Beyond the switch to a roguelite structure, what are the biggest ways that Dungeon Defenders: Going Rogue expands upon and shakes up the series’ established formula?

Towers have taken on a slightly different role. Since the gameplay is more Hero-centric, towers act more like longer cooldown abilities that have specific effects for a finite duration. This shift is one of the most noticeable by fans of our previous games.

Also, the gameplay loop is significantly different from other Dungeon Defenders games. You can pick up Going Rogue, play for an hour or two and make meaningful progress toward getting further in future playthroughs. There is still an aspect of ‘grind’ in there, but it tends to happen over several smaller sessions as opposed to days or weeks.

Between now and the game’s 1.0 launch, what are the biggest new feature and content additions that you’re looking to prioritize for the game?

Right now we have a very solid foundation for being in Early Access. Before we fully release we have some new progression and customization options that we are looking to implement. We will also be filling out our roster with new Heroes and adding more items, runes, enemies, bosses, talents, difficulties, and more.

What are your plans for Dungeon Defenders: Going Rogue’s post-launch support following its 1.0 release?

We’re going to be looking at making Going Rogue available to as many of our Defenders, new and old, by getting it out on consoles. One of the big draws for this project was also being able to bring over heroes, enemies, maps, and bosses that we develop for DDA into Going Rogue. So as we continue to build out that game, Going Rogue will see even more content brought over! 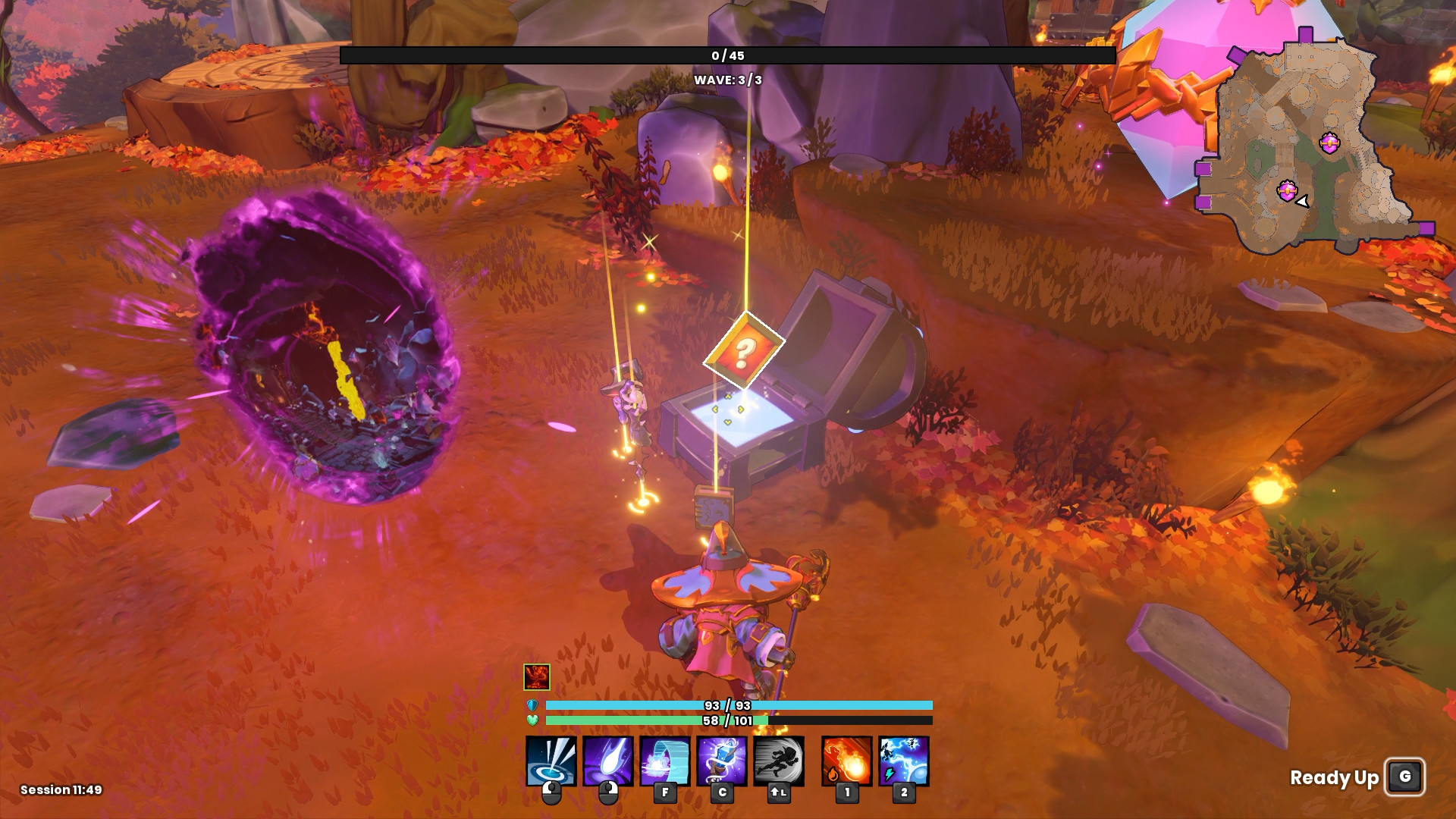 "The gameplay loop is significantly different from other Dungeon Defenders games. You can pick up Going Rogue, play for an hour or two and make meaningful progress toward getting further in future playthroughs."

Can you talk to us about how progression is structured in Dungeon Defenders: Going Rogue, both within single runs and on an overarching scale?

On a single run, players are taking on hordes of enemies that come at them, with loot awarded to them as they progress through a single map. That’s weapons, offhands, towers, and runes to make them stronger. They have some choice as they progress (choosing a rune at the end of a map and visiting shops to upgrade or purchase gear), molding their builds alongside the RNG that roguelites bring, hopefully making them strong enough to take on the challenges that come their way. Players that complete challenges, defeat bosses, or complete a run below a certain time unlock additional weapons and runes that then drop at any point through future playthroughs. As players complete maps they are also awarded varying amounts of XP depending on how far they progressed.

On the overarching scale, we have multiple meta progression systems (some that are currently being worked on and aren’t released yet). The ones currently out are a Talent System and Hero Mastery, both which are affected by the XP earned. A player’s account level is increased as they acquire more XP, giving them talent points that apply to all their heroes. The same amount of XP is doubly applied to Hero Mastery, specifically on the character you play for a particular session. The more you play a specific hero, you unlock permanent stat increases and start sessions off with hero-specific runes. This gives greater power to take on harder challenges in additional difficulties.

Alongside the above, there’s even more we’re doing with meta progression systems to give players tangible goals they set for themselves that reward them with even more customizable build options for how they play!

Do you plan on adding PvP to the game?