Dungeonland takes all the fun out of an amusement park and leaves you with unwanted pain.

On Steam this week is the latest release, Dungeonland, created by Paradox Interactive and Critical Studios. There’s mayhem at every corner at this amusement park and the Evil Lord Dungeon Master isn’t too keen on letting you have a good time.

Dungeonland is broken up into two game play styles. You can either play as the Heroes or as a Dungeon Master. As a Hero you can choose between three maps for Adventure Mode; Cannibal Kingdom, DM Tower, and Arena Kingdom. As a Dungeon Master you have only one area to choose for the Dungeon Maestro Mode, however you can select between all the maps within the mode.

Within the Hero mode you can choose between three classes. The Mage class has three styles; Fire, Ice, and Electric, but only Fire is available at first. You need to find money to unlock the other styles. The Rogue has three classes as well, consisting of the Assassin, Gunner, and Archer. The Assassin is also the first class unlocked for the Rogue. The last class is the Warrior with a class in Vanguard, Lancer and Pathfinder. As with the others, the Warrior’s Vanguard is the only class unlocked in the beginning.

The Warrior is your typical melee fighter that needs to be up close and in the battle. The Mage can be short range, and can either be in the thick or slightly out of range for battle. The Rogue serves as the long distance fighter and although he can hold his own in melee he outshines the enemies when he is further away.

All Heroes can be upgraded by buying items in the Item Shop from money collected during battle. Anything from weapons and cloths, down to Perks can be bought to give you a leg up on your foe.

As a Dungeon Master in the Dungeon Maestro Mode, you can deal a tremendous amount of pain to the Heroes. You play with a deck of cards and as your minions collect points, you build up manna which in turn allow you to play certain cards. When you max out your playing card levels you can unleash hordes and then sit back and press the laugh button to maniacally torment the Heroes. 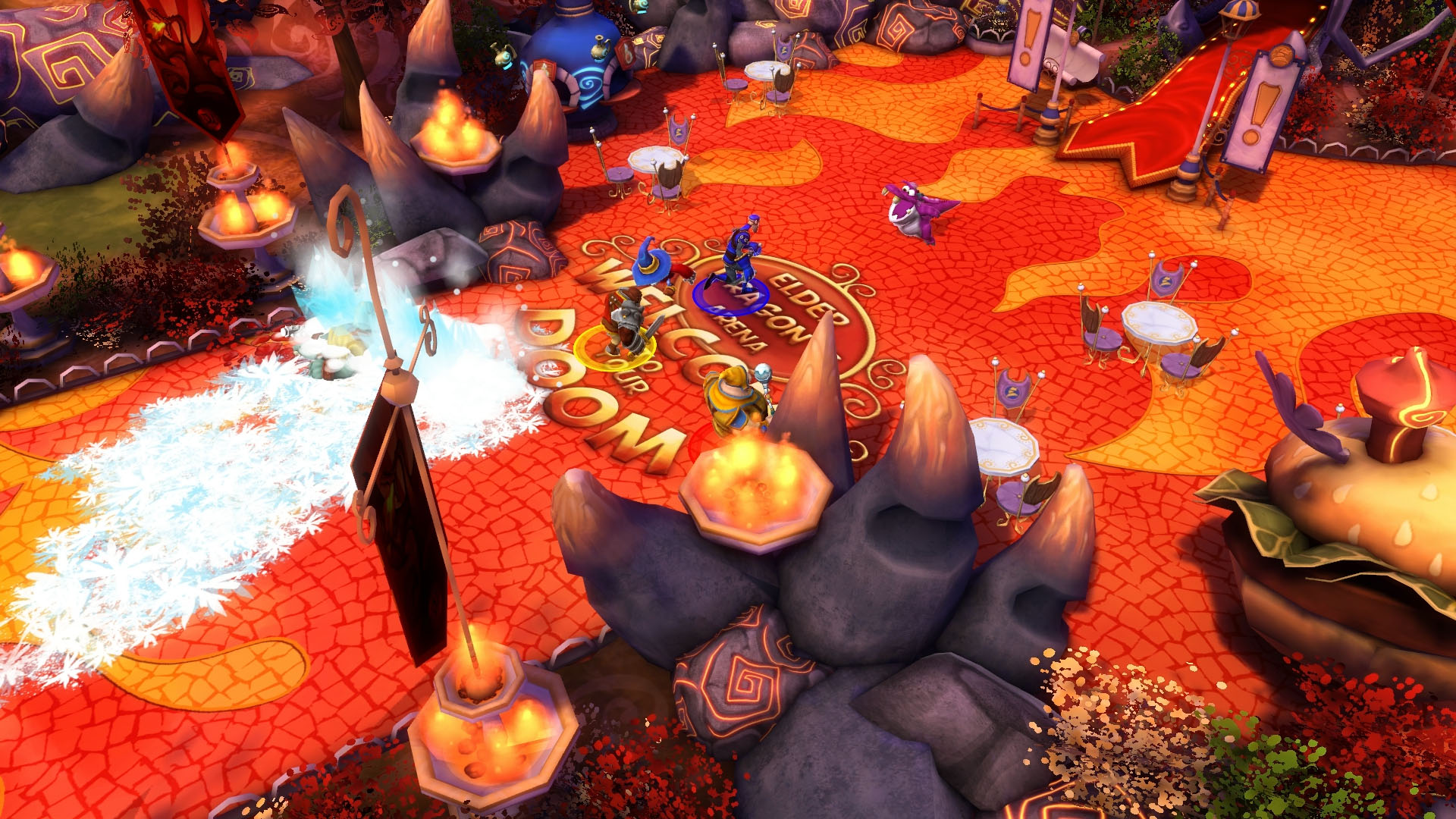 The Maestro’s deck can also be upgraded through the item shop, but you can only hold a certain number of cards, so you need to play your cards right if you want to win.

The game mechanics are pretty straight forward to this game. As the Heroes, it’s really just a hack and slash button masher. As a Dungeon Maestro, it’s as simple as point and click to spawn enemies. The Heroes play better with a gamepad controller while the Dungeon Maestro handles better with the keyboard and mouse.

The art style is clean and looks similar to Wizards 101. Although it isn’t as stylish, it tends to feel like the game is geared more for kids, which can be misleading. And this is Dungeonland’s greatest downfall.

For the most part this game seems to get lost in searching for its target audience. The art style suggests it’s geared for kids, but in Adventure Mode, as a Hero you can only start on a hard difficulty, and it is ever punishing. The only options for the Heroes are Harder and Impossible, and if that isn’t punishing enough, you can add three difficult challenges. At best it’s almost unplayable.

As a Hero your only chance to win is to play as the Assassin who is far from the fight, in order to manage the onslaught. The warrior is completely redundant and for the most part becomes a one shot kill when in the thick of battle. The Mage doesn’t really add anything to game play. The only way to make any headway is to go into the game expecting to lose, and lose badly, but collect as much money as possible. After you’ve collected enough, get to the Item Shop and buy anything you can, like Perks, to give yourself a chance. Truthfully though, it won’t make too much of a difference. 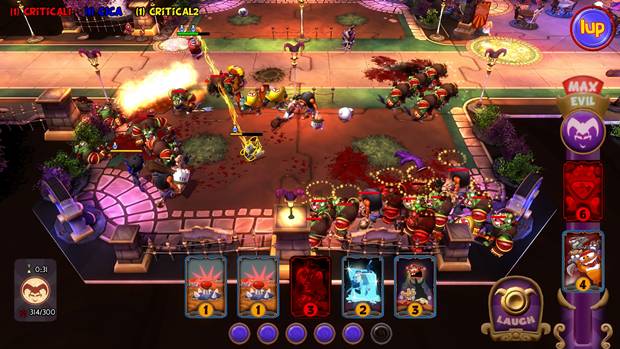 As a Dungeon Maestro, there actually is a mode for Normal, Easy and Very Easy. Oddly enough though, this actually pertains to the Heroes you are trying to kill. So instead of the game being easy for the Dungeon Maestro, you know, the role you’re playing, it’s actually easier for the AI. So, again the game just sets out to punish you. But if you set the game to normal, it’s quite simple to kill the Heroes, which comes back to the main issue.

The game is too hard for the Heroes to ever win. The game is so lopsided I can’t see why anyone would subject themselves to such cruelty from the get go. I understand that people who play through a game, beat it, and then turn the setting up to insane. If the game suggested that it were geared towards these hardcore gamers, it would be understandable, but I doubt those gamers also play Wizards 101. The games suffers through an identity crisis where the art suggests a kids’ game, but the game play difficulty suggests a hardcore gamer. I doubt either demographics will be interested in the latter. Let’s put it this way, a loading screen shows the three Heroes playing the game, and one of them is clearly throwing the controller out of frustration over the game.

To top it off, there’s nothing to draw you into this game. There seems to be a story, but it’s only present on the developer’s website and nowhere in this game. No intro, no videos, and not even a hint to why the Evil Lord Dungeon Master has built an amusement park that isn’t worth the price of admission.

The game also tries to focus on its multiplayer aspect. You can have three players jump in as the Heroes locally, and online you can find plenty of matches. You can also create a match online, or private match. The only downside is that online play is identical to offline, and so you can only have three people in a match, and there isn’t an option for spectators.

Final Verdict:
MEDIOCRE
Dungeonland may be intended for multiplayer, but there’s no need to crowd around this one. You’re better off going out back and taking turns hitting your friends with a wiffle bat. It certainly won’t hurt as much and if you’re lucky your friends might set their swing on Easy. Dungeonland suffers from not knowing their demographic s and until they figure out who they want to play with, it’s best to close this park for now.
A copy of this game was provided by Developer/Publisher/Distributor/PR Agency for review purposes. Click here to know more about our Reviews Policy.