Dynasty Warriors 7 is very similar to its predecessors but with a new story and added features.  That doesn’t always make it a bad game of course, especially if you like the games style and don’t want a big change, but rather just new content as well as some polished mechanics.  The game is co-op which definitely adds to the game but unfortunately I don’t think they actually tested it online.  You can also play the game in 3D if you have a 3D Television.  Now the series may hold the torch when it comes to hack and slashers in some peoples eyes, so if hack and slashers are your favorite type of game this might be for you.  If you are looking for more than just that though, I’m afraid you will have to look deeper into Dynasty Warriors 7, otherwise you won’t find it here. 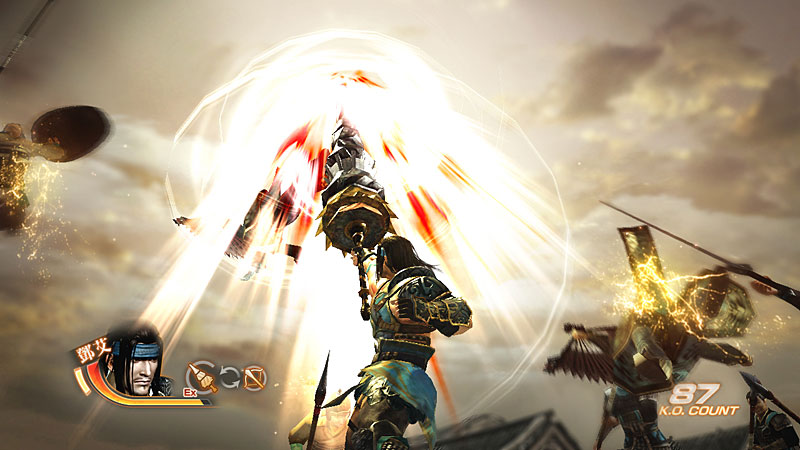 The game has two modes with one being Story Mode and the other being Conquest mode.  In Story mode you can play through the same story, seen through the eyes of four sets of different characters or kingdoms rather.  Each mode will take you to different events as well as seeing and battling new characters.  Just playing through one of these four modes could take you 10-12 hours, which is fun the first time but can get boring or repetitive trying to complete them all.  You will want to complete them all as playing through the story unlocks many things including the 62 different characters you can choose from in Conquest mode.  The story or game series is based on a novel called the ‘Romance of the Three Kingdoms’ in which three Kingdoms move to take over the Emperor of China through battle.  Some of the cut-scenes and even the gameplay is that Matrix style Japanese battle where Warriors look like can almost fly, but it’s just an average leap for them.  Keep in mind that this is all based in ancient China, where battles with blades on horses or on foot are what take place.  This is what the series has always been based on, like the novel which can get repetitive in itself but players will be happy to see that there is a new fourth Kingdom called ‘Jin’ in Dynasty Warriors 7 adding to the legacy of the story with the other three being ‘Shu’, ‘Wu’ and ‘Wei’.

In Conquest Mode you can choose any characters you have unlocked and battle away very similar to story mode only you battle on a map that you must conquer each section at a time.  Each character looks different as well as having varying stats which are health, speed and attack power.  You can level up character by adding points to the skill trees they have in addition you also have an energy bar that once filled (by performing the required attacks) you can use a special move on enemies that can be devastating.  There are power ups strewn across the map that will either heal you, give you a temporary boost in a certain skill, or can even give you a permanent one.  Enemies drop loot and weapons all the time but it is only the more difficult enemies like officers that tend to drop a more powerful weapon. 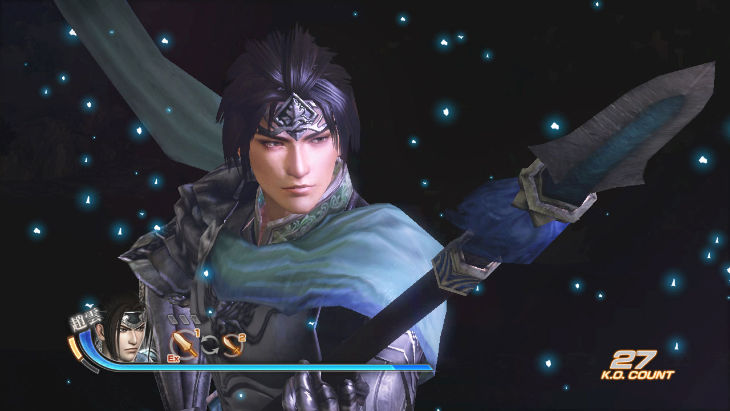 Each of the 62 characters are unique.

The weapons in the game are all pretty cool in one way or another as each one having a unique look to them some even giving you a special move.  I could almost compare the game to Too Human only set in ancient China, but would give you a good idea of the type of game you would be playing.  Another new addition to the series is the dual-wielding weapons; when I say that I mean you can have two weapons equipped at the same time with the ability to switch between the two at will.  Players can equip any two weapons they want with their character but certain weapon types will be nearly useless depending on the character type you are.  There are also now ‘Seals’ in the game where weapons will have empty slots for with each ‘Seal’ giving you a bonus to health, speed and many other things.  This definitely adds to the game as a whole being that hack and slash type game have to rely on other things now a days to be considered a good game.  There is even a tutorial system in the game that explains the combat system in depth which was helpful and you can also map attacks to whatever button you would like giving you complete control of the games attack mechanics.

There are no checkpoints in the game and even though you can save at any time it doesn’t do much it you are just about to complete a level and then die or a mission is failed.  The graphics are ok, but nothing jaw dropping but the cut-scenes are usually pretty epic.  All the audio is narrated which is especially nice when in battle.  General mechanics in the game seem to be more polished than previous games in the series, with everything flowing nicely.  If you are on foot you can call your horse at any time two move quickly through the large maps as long as you are not in battle.  Every battle is a slaughter of hundreds of enemies but not one drop of blood is spilled, but I can’t imagine how much there would be everywhere if there was.  Playing alone I was actual amazed at how much was fit on screen at once while playing online at time was the complete opposite.  I don’t know if the massive amount of enemies gave the online issues but it was hard to play in co-op online.  Luckily you can play the game split-screen and in system link. 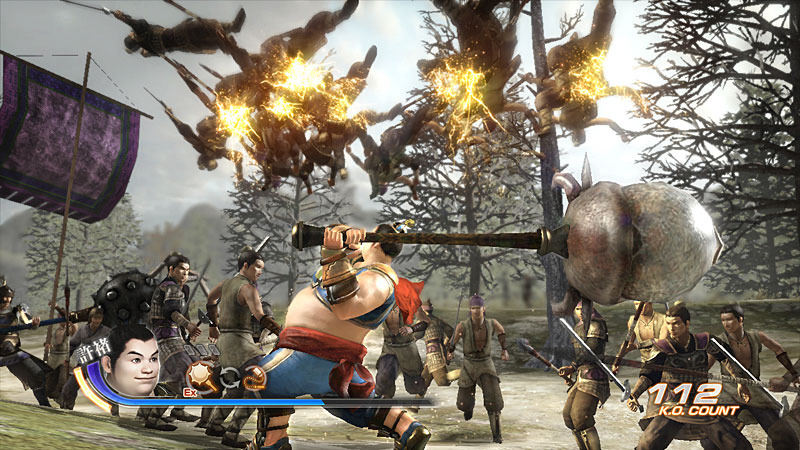 All in all Dynasty Warriors 7 is a good game and probably the king of button mashing.  This game is definitely the best out of the series with all the polishes to all the game aspects and the additions to the game.  I really can’t say that this is not worth buying because for one, there is a massive amount of gameplay on the disc between the four different Story modes and Conquest mode as well as all the characters or weapons you can make stronger.  If your a fan of the Dynasty Warrior games then this is the best yet, but I must note the series in it self is repetitious, not to mention the battles.  If you are new to the franchise you will probably enjoy its massive battles and get sucked into collecting everything in the game.

New added features include holding two weapons at once as well as an entirely new fourth Kingdom added to the story.

Online co-op needs a lot of work. The game can get repetitive after a while.

A copy of this game was provided by developer/publisher for review purposes. Click here to know more about our Reviews Policy.
Tagged With: dynasty warriors, Dynasty Warriors 7, ps3, xbox 360