Child of Eden, Q? Entertainment’s latest rhythm game, started Ubisoft’s Press Conference with a blast, is set to be released on both the 360 using Kinect, and the PS3 version is likely to use the Playstation Eye or even Move.

Child of Eden is highly inspired by Q? Entertainment’s older game, Rez, because it features the same type rhythm and music that were present in Rez, along with colorful and twisty looking environments.

Child of Eden even has a storyline, players will have to “reproduce a human personality inside Eden, the archive of all” human memories.” which is known as Project Lumi, now the problem is that a virus has just invaded Lumi, and your job is to stop it. 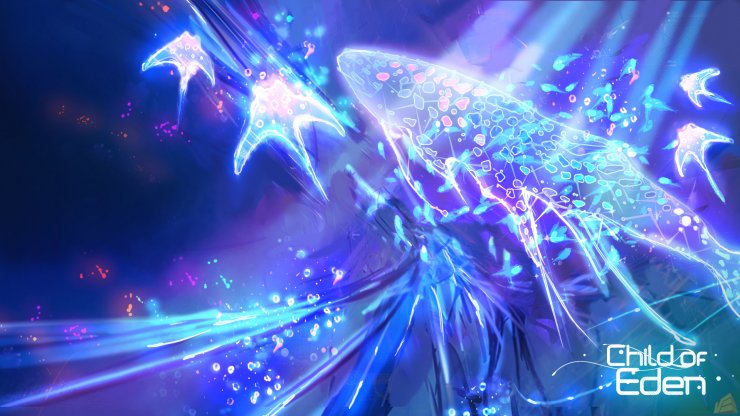 Child of Eden is looking like one of the most unique games this gen, and is set to be released on both the Xbox 360 and the Playstation 3 during the first three months of 2011.

Check out the E3 trailer for the game below, and prepare to be visually amazed: