Sony have released a new trailer gameplay video and some screens for its upcoming game Pixel Junk Shooter 2.

PixelJunk Shooter begins with the rescue ship being swallowed by a giant beast during its mission. It’s up to the players to navigate through the internal organs and vessels of this creature to escape while rescuing as many survivors that have also been eaten.

Much like PixelJunk Shooter, PixelJunk Shooter 2 is a complex and dynamic fluid simulation system, which fills the game world with flowing liquids and hazardous gases, and provides the game its distinctive style. Blast holes in walls or use your ship itself to drill past scorching hot magma. The fluids react in real-time to the player’s actions and to other liquids, creating unique and exciting situations with every play. The goal of the game is to find and rescue the many helpless, stranded survivors. Players will need to master the deformable terrain, the flowing liquids and the fierce life forms as they proceed deeper into ever more challenging environments.

Check the latest video and screens below: 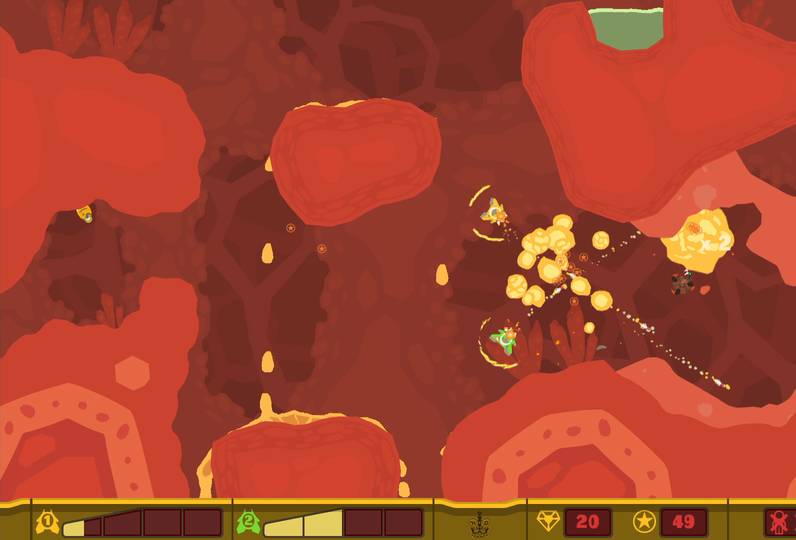