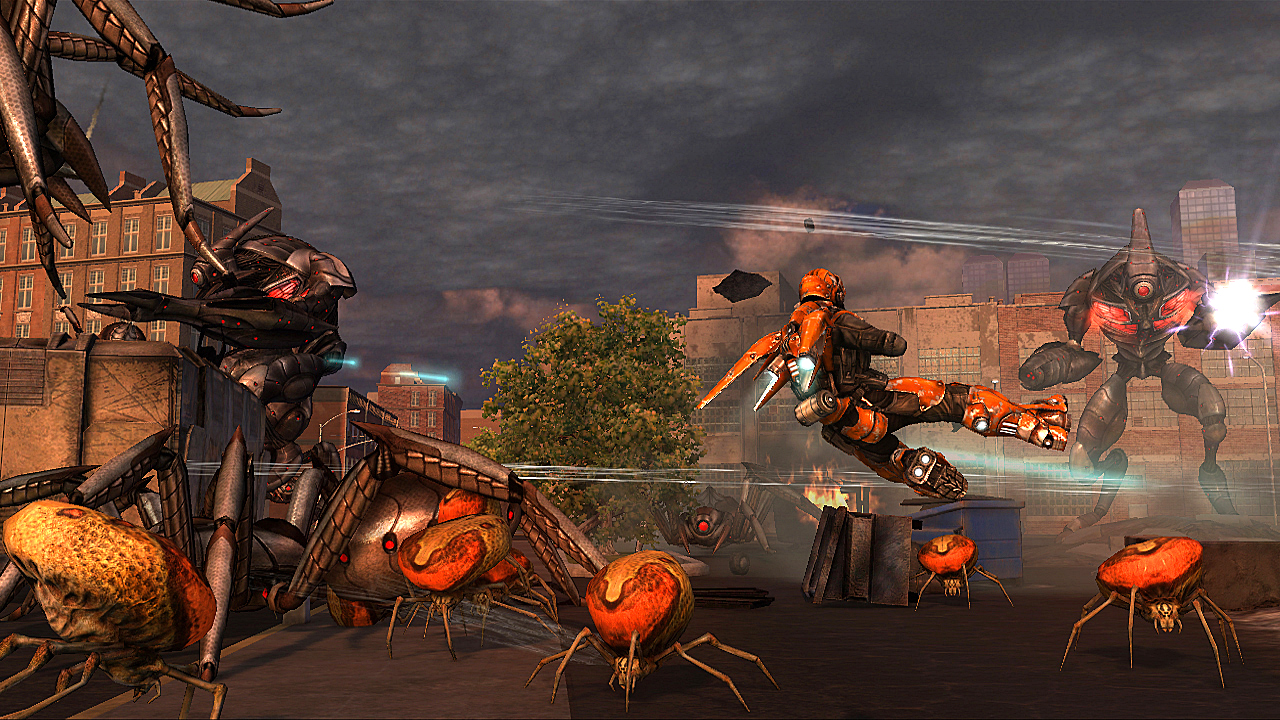 Do you love killing insects? Yes? Then you will have a blast here, but for not that long. You encounter waves and waves of insects and robots in Earth Defense Force: Insect Armageddon (IA henceforth) and of various sizes. This is the basic premise of the game. You blast insects and robots, and you can either do that solo or with friends. And yeah, it’s insanely fun when playing with friends, mainly because this game is all about action.

There isn’t any deep story or something here; you just kill enemies set in cities which are fully destructible. You play in third-person view which works quite well. Even though you can max out this game easily on a decent rig, the game doesn’t look that good. It’s quite, well, definition of a brown shooter. It’s not a bad thing though, initially when you start playing it is a surreal experience.

There are plenty of insects here, and it will take a while to cut them down to size due to them absorbing a lot of bullets, especially the big ones. But you aren’t that underpowered either, though. There are 4 classes in the game, and all of them are unimaginatively named – Jet, Battle, Tactical and Trooper. The names give away what unique powers they have. My favorite class is the Jet, obviously; who doesn’t like to fly?

The game’s novelty ends after a few hours, because you keep doing the same things again and again. The single player component is very short but you can play it again using the different classes, which isn’t that well, interesting. The level design isn’t that good either, as all you do is keep shooting insects in a same-y looking environments, which doesn’t look all that varied.

You can pick up health packs and other objects and wield an insane number of weapons from, Assault rifles to Shotguns to Rocket launchers. You know which gun is effective here, right? Yeah, Rocket launchers. What could we do without them? There’s not much to do in this game, except kill stuff can be fun for a while, especially if you play with friends. 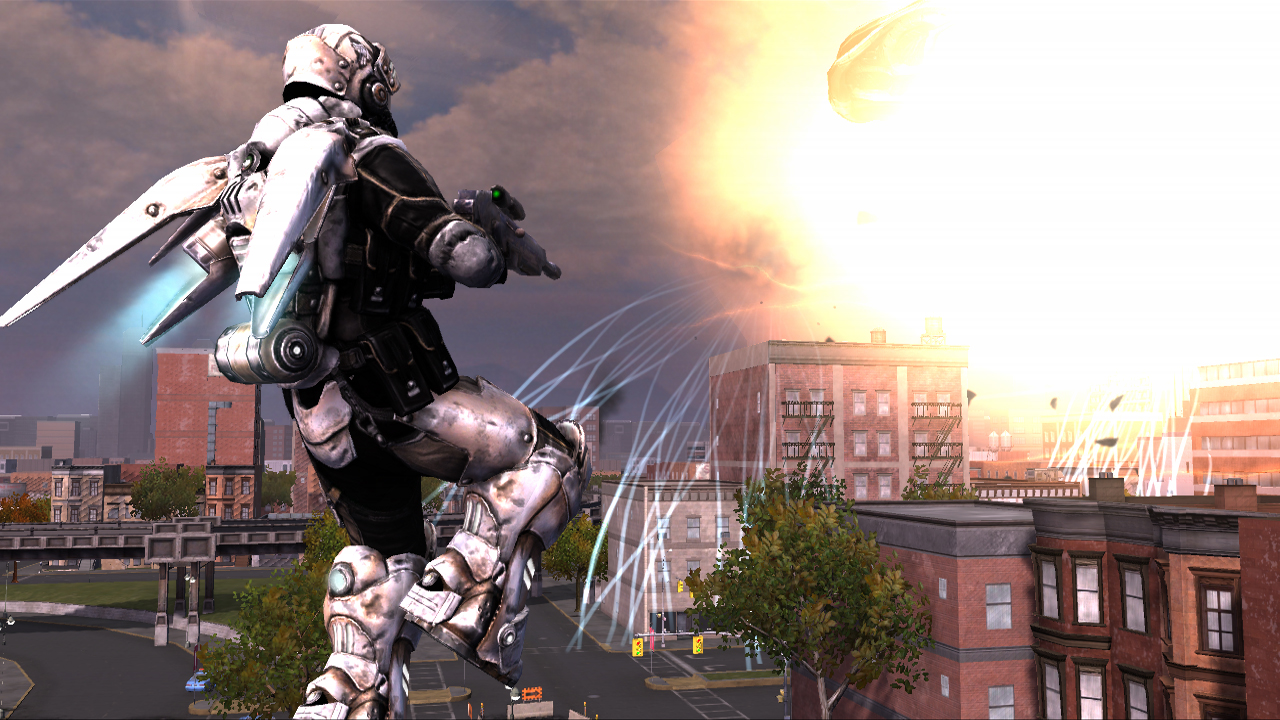 The game costs $20 on Steam, and considering the somewhat short but replayable single player campaign along with co-op modes, the game is a good value for money. People who despise insects, especially the gooey ones, should and I mean, should not get this game.  The game doesn’t have some good sound effects, as the gun doesn’t feel punchy. You can also use robots and tanks to blast enemies, which can be a lot of fun.

The main gripe with the game for me is the lack of good visuals. I mean, it looks good but considering the amount of action happening on screen, it should have looked better. The explosions are very weak, and fail to immerse you if you keep playing for longer periods. Even if the game is repetitive, things like addictive gameplay, good visuals can prove to be a good counter, but that’s not the case in this game.

If you just want to shoot freaky enemies, get this game. It is quite reasonably priced right now, and also features good online co-op modes, which can make any repetitive games’ fun.

Online co-op mode. Lot of weapons to play with.

If you just want to shoot freaky enemies, get this game. It is quite reasonably priced right now, and also features good online co-op modes, which can make any repetitive games’ fun.

A copy of this game was provided by developer/publisher for review purposes. Click here to know more about our Reviews Policy.
Tagged With: earth defense force insect armaggedon, pc