Earthlock: Festival of Magic Wiki – Everything you need to know about the game

Everything you need to know about Earthlock: Festival of Magic.

Earthlock: Festival of Magic is a brand new and upcoming single player turn based role playing game that was funded by the Kickstarter platform. The game is currently being developed by Snowcastle, a small developer based in Oslo. Norway and Salt Lake City.

Earthlock: Festival of Magic is currently being developed for a multi platform launch ranging 6 platforms. The game will launch on PC, OS X, Linux, Wii U, PlayStation 4 and Xbox One. The title is also set to be published by Magnus Aspli.

At this time, there’s no specific date for the games release but we do know that its set to arrive at some time in 2015.
Speaking to Gaming Bolt, the game’s director has said, “We will be attending GDC in San Francisco in the first week of March this year. We will have a demo booth at GDC Play, so if any your readers are attending GDC this year come find us and try Earthlock!”

Some of the content that you can find in this Wiki was sourced from an interview that was conducted by Gaming Bolt’s very own Rashid Sayed, you can find the interview here. The development team working on Earthlock: Festival of Magic is actually rather small, totalling 8 staff members. This perhaps explains the lengthy development cycle of the game which began sometime in early 2011.

Speaking to GamingBolt, Game Director Bendik Stang said, “We are only 8 people in house on the dev team but we are getting one more member next month that brings a decade of experience with him, and we’re looking for an experienced 3D modeller to join us in the near future. We’re developing the game in Unity which makes going cross platform less painful than it could have been. Our internal builds are running on PC and MAC already and we have tested builds on the XBox One and WiiU dev kits without encountering too much trouble, so we’re confident we can get it done.”

The first time the game was shown to the public was in May of 2013 when a trailer was released that featured footage from a pre-alpha build of the game. Later that year, in November, the developers brought the game to the crowd funding platform where they launched their campaign.

The campaign ran into problems during the holiday season given the influx of other projects seeking funding. Fearing that the project would be lost in the masses of campaigns, the project was pulled from Kickstarter. In March 2014, the game returned to Kickstarter where it was well received. As of April 12, 2014, the game was successfully funded.

The plot of Earthlock: Festival of Magic is being written by the comic book writer, Magnus Aspli.

With the game set to launch across 6 separate platforms, the developers told Gaming Bolt, “We’re developing the game in Unity which makes going cross platform less painful than it could have been. Our internal builds are running on PC and MAC already and we have tested builds on the XBox One and WiiU dev kits without encountering too much trouble, so we’re confident we can get it done.”

When talking about the games visual style, which is vibrant and clean, Stang said, “A lot of fond memories can be drawn from both eastern and western RPGs. We also have a weakness for Studio Ghibli and Pixar. We wanted to steer clear of a monochromatic grey and brown world and have everything feel serious all the time. We wanted colours in there that could talk about the world and support the fun parts of the dialogue in a better way. The characters are colourful in who they are, so the visuals should reflect that!” 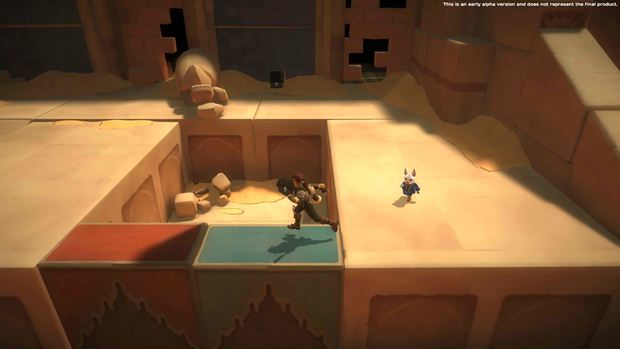 The game’s story is set in the magical land of Umbra. An age ago, the planet suddenly stopped spinning for no apparent reason. In the wake of this sudden jarring stop, oceans shifted and drowned the world whilst Volcanoes sundered the earth.

A long time later, in the wake of this cataclysm, the player will take control of Amon. A scavenger from a small desert town that finds himself wrapped up in a power struggle involving recently risen empires. 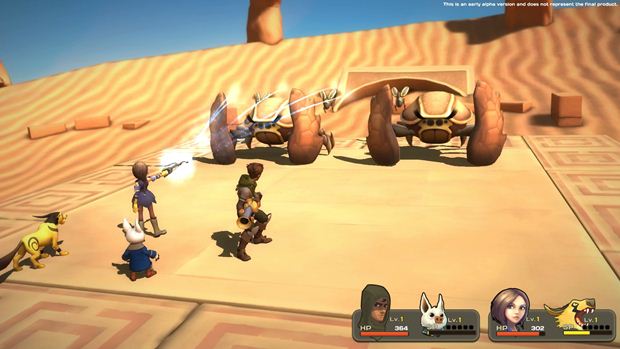 Earthlock: Festival of Magic is a single player turn based role playing game, but unlike most other titles in the RPG genre it won’t feature some of the usual RPG tropes. For instance, the game will feature a non linear story which is of course the opposite of most story driven role playing games.

When we speak of eschewing common RPG tropes, this includes throwing of the shackles of the random encounter which can often ruin the flow of exploration and narrative pacing in a game, speaking to Gaming Bolt, Stang said “Well, we think that random encounters are less fun than seeing the enemy and allowing the player some chance of manoeuvring past should they want to just get on to where they’re going. This is just a personal thing, of course, but I feel random encounters often becomes tedious when I don’t want to fight.”

When speaking about the games mechanics and team work implementation for the players party, Stang told Gaming Bolt, “The combat pairs is one of the unique elements of our combat system. Basically you will be able to unlock special perks and abilities that are only available to the characters when they are teamed up. We call them friendship abilities. We also have a friendship energy that builds up when you have a team active in combat. Using this energy they’ll be able to unleash pretty awesome combo attacks based on who is teamed up with who.

Players that make any move in combat will likely consume one of the games numerous resources, they include mana, stamina, ammo, consumable items (such as healing items or buff items) and friendship energy. At the players home base, they can farm and harvest a number of different plants and other resources that they can then use to create a variety of items including consumable healing potions and ammunition for their weaponry, somewhat similar to the farming mechanic found in the Monster Hunter series. 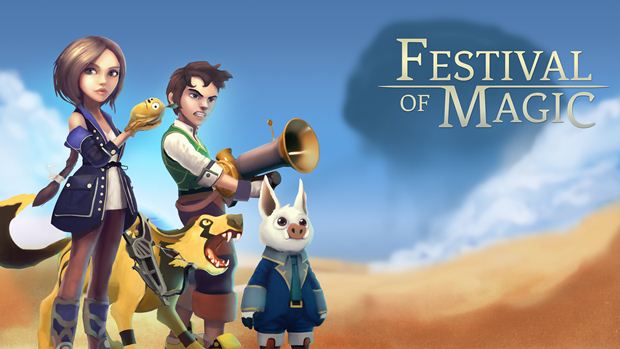