Editorial: East vs West – The gaming debate to end them all

The debate which has been going on for years. 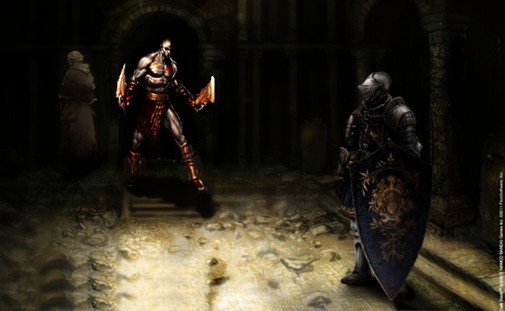 If  characters from video games were real, and a battle was to ensue between the warring factions from the east and the west, I imagine it would go a little  something like this…

A short time ago, in a galaxy that’s actually quite near, 1000 space marines’ bald heads reflect sunlight, on the horizon of a beaten planet. Reminiscent of a post apocalyptic Earth and predictably very brown, but at least the textures are nice and shiny. The ranks in front contain a mixture of elves, armed with bows, because bows are so “in” right now, with dwarves wielding axes and chugging down gilded flagons of mead. The back ranks are filled out with older versions of the characters in front, these units are called sequels and their numbers are many. The advance guard is filled out with MolePigs; 4-wheeled 2-man jeeps with rear mounted LMGs which fire rounds the size of your face, but still take 2 belts to kill a sewer rat, not enough EXP you see.

A handful of the MolePigs break away from the main group to perform some reconnaissance, whilst the dwarves get drunk and talk in Scottish accents. The Molepigs gun their engines for a good few miles, passing the odd brown building on the way, whilst incessantly saying “Oscar Mike” through their radios. The group comes to a sudden halt as gunnery sergeant Max Steele spots a menacing  silhouette painted against the horizon. 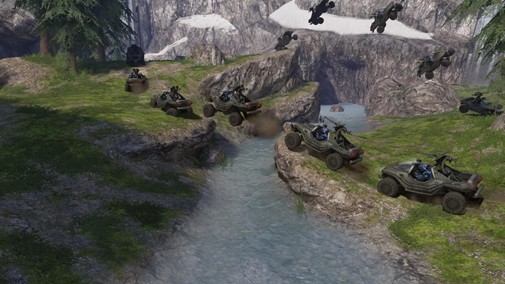 Max now has a choice each possibly leading to a dramatically”different outcome. The option to his left, chosen by a switch on the MolePigs’ dashboard, is highlighted in red: snipe him/her/it in the face and call in a nuclear air-strike; or the option to his right highlighted in blue: Investigate the anomaly alone and leave your weapons to keep your encumbrance level down. He decides on the latter option, his good-guy skill tree means he gets a nice new head texture you see, and makes his way towards the solitary figure.

As he nears his target, a few distinguishing features come into focus: a school uniform, pigtails, a lollipop and massive soul-penetrating eyes.  He pulls a knife from his invisible backpack, he only has to hit her in the toe to kill her in a swipe, yet when he looks up the girls’ lollipop has been replaced by a chrome-plated microphone. The mysterious figure breaks into the most irritating song you could imagine, overlayed with a repetitive guitar riff and hyperactive drum beats, “breaking down the barrier, with a massive Space Harrier…”.  When the horrific audio ordeal is finished, his head starts to shake violently and suddenly, with a *pop, his head explodes in a cloud of brain matter and brightly coloured, star-shaped confetti, as the number 9999 floats through the air. 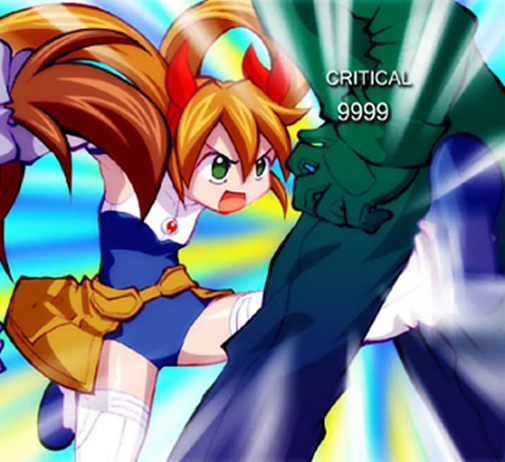 The MolePigs gun their engines upon witnessing the head of their leader explode in the distance.  As they spin into a J-turn, 2 of the vehicles are hit by an unseen assailant, there is a flash of blue and the damaged vehicles become surrounded by a mass of golden rings. Another flash barely misses the last surviving MolePig; it seems the enemy can only attack in 2 dimensions, so the gunner trains his sights on the blue blur and fires a whole belt of his infinite ammo. Once the smoke clears, all that remains is a mess of vehicle parts and a recently deceased blue hedgehog.

An army of samurai appear from beyond the rise and charge towards the main group of elves and dwarves.  The elves let loose a hail of explosive arrows which manage to take out all of the samurai apart from 1. It seems the lone survivor is a warrior from a long-forgotten dynasty, and the death of his allies seems to have only angered him. The warrior runs towards the elves and immediately spams the same technique relentlessly, as the death toll increases in his HUD, all the elves die and their bodies seem to vanish almost instantly. 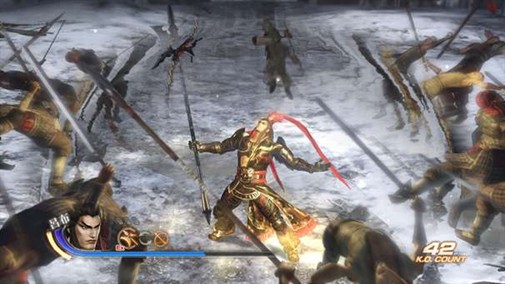 The “chief” marine, who stands 7 foot tall and is considered a “master” by his peers,  performs a gravity-defying jump over the warrior, with the butt of his rifle he strikes the warrior in the back of his head; killing him instantly. The marines form back into file and prepare to celebrate their victory,  by shouting “hoorah!” a lot.  The celebrations are short-lived  as one of the marines spots a giant, sphere-like object approaching with increasing speed. The ball seems to be made out of the debris of war, and seems to be growing in size exponentially as it approaches.

No amount of generic meat-headedness could stop this imminent danger  and in a matter of minutes everything is consumed by the God-like object. The world falls silent for a moment, then suddenly all the marines re-spawn only to be consumed instantly. The fight seems futile, but in the aftermath 1 marine stands alone against the rolling goliath. This particular marine was clad in a set of ancient armour, and was armed with dual blades attached to his wrist by chains. His deep voice boomed out,” I will slice you like calamari, you demiGod pretender!” He then proceeded to scream countless profanities as he sprinted towards the goliath, and kicked it into orbit.

So there you have it, a huge debate ended. Lets face it, it shouldn’t be about east and west, it should just be good or bad. For every bad “Eastern” game there are 10 Activision spawned Western movie-tie-ins. And for every Dishonored, there is a Dark Souls, people just need to try new things and give everything a chance. Every game made has had a bunch of hard-working people toiling away on it for countless hours, and they deserve respect.  So, just like this article, learn to have a bit of fun, they are called games after all.