Fazan Studios answers some questions about the gameplay and technical aspects of Egress.

Games like Dark Souls and PlayerUnknown’s Battlegrounds have inspired countless other games that have tried to follow up on these games’ success. Egress, however is different because it blends the complex combat mechanics that we’ve seen in games like Dark Souls with multiplayer survival that we’ve seen in the Battle Royale genre. The game will feature a complex multi-level city where more and more players will play as unique heroes as they try and emerge as the last one standing.

To learn more about the game and its development, Gamingbolt reached out to Constantine from Fazan Studios who answered our following questions. 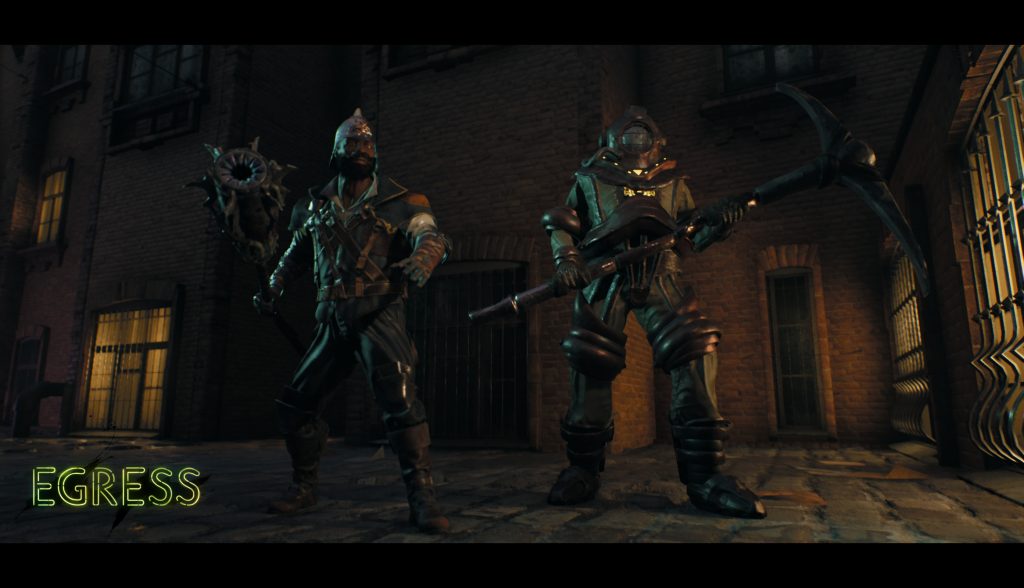 "Egress does not have many similarities with Dark Souls, there is only a “souls-like” combat system."

This is a game that has been compared to Dark Souls from the start. What about this game sets it apart from its competitors?

Egress does not have many similarities with Dark Souls, there is only a “souls-like” combat system. However for the rest, Egress is a very peculiar game. It’s a heroes based role-playing Battle Royale game set in an alternate universe, combining the Victorian era, Lovecraft’s mythology and Retrowave.

Can you tell us how many heroes there will be in the game?

In the early access there will be 8 classes, and in the full version 12 classes are planned.

Can you tell us how many players will enter each battle?

At the moment, we plan to make a mode for 30+ players. It will be possible to play solo, duo, trio and in squads – depending on how many of your friends are in the lobby.

What are some of the ways in which different heroes in the game are distinct  from one another? How have you aimed to achieve a balance among these heroes?

Heroes are very unique. Everyone has their own weapon, characteristics, abilities, and as a result, their role in the game. All of this is a single whole that embodies this or that style of play. For example, the Guard’s mace flares up more and more from each successful blow to the opponent. This not only affects the amount of additional fire damage, but also affects the number of fireballs that you can shot at the same time, using his another ability “Firework”. All this forces the player to be more aggressive, and take risks.

As for the balance, I think it will only be achieved if we listen to our players, and also analyze the statistics of the matches in detail. One of the highest priorities for us is to hit the right balance, while preserving the uniqueness and the special role of each hero.

Will heroes level up or get stronger in some way through the course of a match? Can you tell us about how this system works?

Players can find various items – artifacts that change characteristics (for example, enhance fire damage, increase resistance to poison), as well as various items like antidotes, throwing a flask of poison and more.

Will there also be NPC enemies throughout the multi-level city or are the only enemies other players?

Only players are there in this game.

What can you tell us about the multi-level city and how it impacts gameplay?

The multi-level design of the city opens up the possibility to move anywhere in different ways. Also, it creates conditions under which it is easier to escape from the chase, or on the contrary to arrange an ambush. By the way, one very important change regarding the Battle Royale mode is that we replaced the “red / dead zone / circle” system with a flood system. A complex, multi-level city literally floods the water, forcing players to fight for free shreds of land.

Have you faced any particular challenges in getting this game made?

A game like Egress is very demanding for quick response, both network and local. Create an intuitive and responsive control, without annoying lags, allowing for a split second to respond to the attack and dodge it – this is perhaps one of the most serious problems that we have encountered. Requirements for optimization and logic of network code in a game of this genre is even higher than in fast multiplayer shooters.

Is the game meant to appeal only to a section of hardcore games or will it also be fairly accessible and easy to pick up for newcomers to the genre?

We will try to make the game accessible to both hardcore players and less skillful players. Hardcore players will be able to hone their skills, and casual players I think will attract a low entry threshold. The game is very understandable in its essence, and also very spectacular in terms of battles. You will absolutely immediately understand what exactly is happening by just playing it once.

Are there any in-game tutorials or single-player mode that will help players get a hang of the game’s systems?

In Egress there will be the in-game tutorial and adaptive in-game tips (do not be afraid, the hints will disappear once the game sees that you have mastered it). 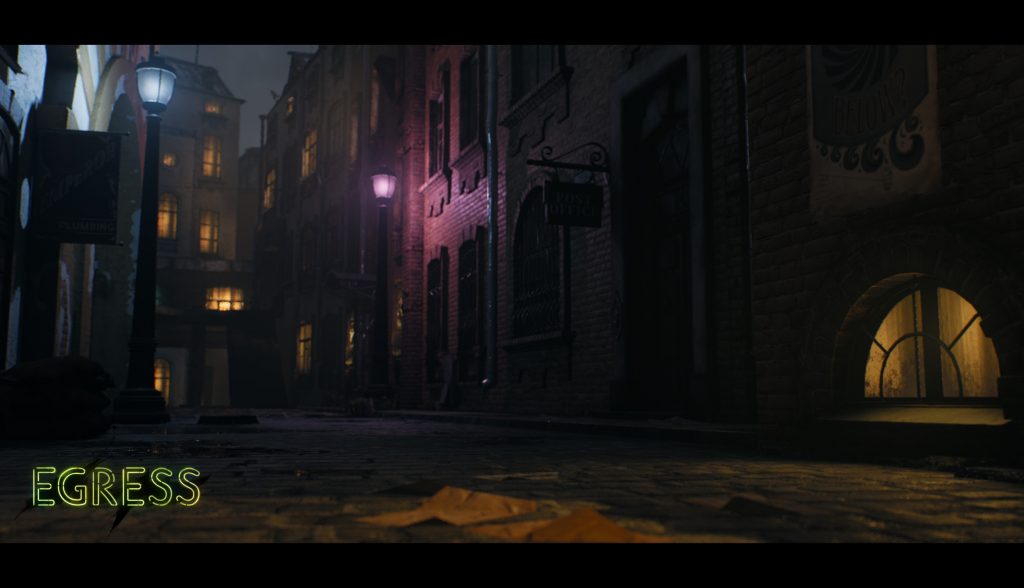 "By the way, one very important change regarding the Battle Royale mode is that we replaced the “red / dead zone / circle” system with a flood system. A complex, multi-level city literally floods the water, forcing players to fight for free shreds of land."

The active phase of working with PS4 and XboxOne will begin after the game is released into Early Access on Steam.

We are aiming for 60 fps on both platforms – high frame rate and high-quality graphics for us is more important than 4K resolution. I expect that we will be able to achieve a resolution of more than 1080p at 60fps and a great image quality.

The PS4 Pro features like Delta color compression, 2X16 bit operations, of course, give us more freedom in work. However, I do not think that these advantages will be very noticeable to the average player (we are talking about additional effects, slightly more complex materials and other details).

No. We are still primarily optimizing the game for the basic models of consoles of the current generation – PS4 and Xbox One. The presence of Xbox One X with 12 GB RAM will not affect the minimum required amount of RAM.

It’s no secret that the “bottleneck” of modern games and technologies associated with the games is the CPU. So yes, I’d be happy to see more significant CPU upgrades on the Xbox One X.

When people hear about Egress, the first thing that comes to mind is “Oh, they just want to parasitize on popularity of Dark Souls and Battle Royales”. But we are not doing that. We are focused on creating something really amazing, that combines familiar elements and new ideas. We did a lot of work to find and tried all sorts of options, combined them to make it cool and interesting. In the end, we developed something thatwe really like ourselves as players. I think people will become less skeptical about this idea when they’ll try Egress themselves.