Enemy of the State Interview – Weapons, Progression, and More

Set in the age of mobsters, Enemy of the State is looking like an interesting title, thanks to its blend of its 1920s noir setting with some adrenaline-fueled top down shooter combat. With developer Brave Lamb Studio promising high-octane action and an experience that will also let you play with up to two more players, there’s certainly plenty about the game that’s caught our eye in what we’ve seen of it so far. We recently reached out to its developers to learn more about it and what’ll make it tick, and learned quite a bit in the process. Below, you can read our interview with Brave Lamb Studio’s Sebastian Wrzesień. 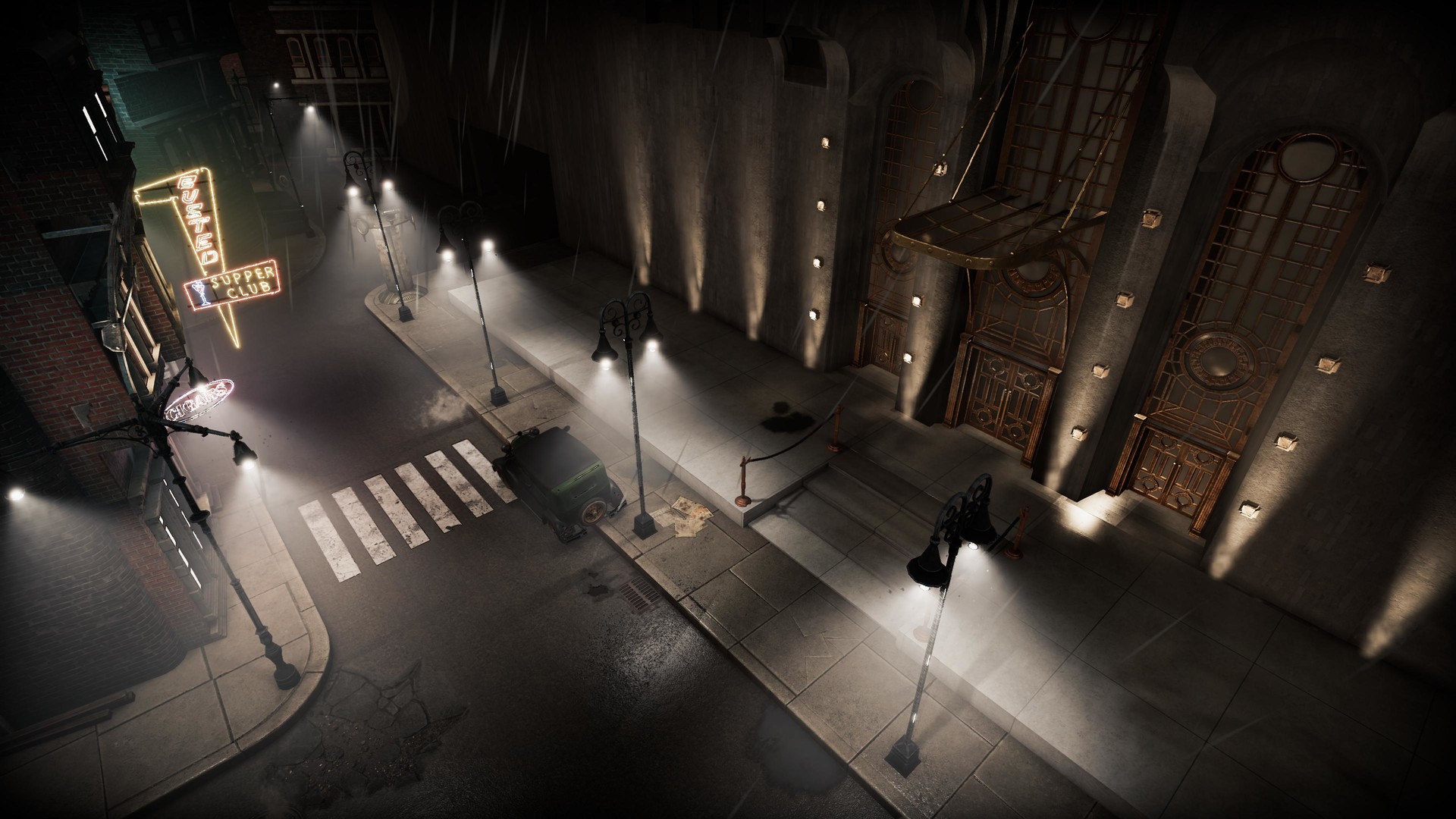 "We don’t want to swarm the player with a large number of weapons that hardly differ from one another. That’s one of the reasons why we’ve decided to go with a smaller number of class-specific arms that can be modified extensively."

Enemy of the State seems to have plenty of variety on offer where its weapons are concerned, and in addition to guns of the era, it will also let players use Chinese and Japanese weapons. Can you talk a bit more about that and how much variety they’ll inject into the combat?

When we decided to get out of the US boundaries and explore the prewar era around the globe, we turned our attention to weaponry. Majority of people recognize the likes of Thompson submachine gun or Colt 1911, and we’re also including those, but we’re really excited about doing more exotic and unknown weapons; for example Type 26 revolver used by the Imperial Japanese Army at the time. The Chinese weapons are a bit more tricky, but we’re exploring the possibilities of modded gun versions of the foreign weapons. It’s worth noting, though, that we’re taking some creative freedom when it comes to guns, so they won’t always be true representations of real firearms. We’ll be also adding melee weapons of the region, so yes – it will be possible to do a bank heist wielding a katana. Of course, we’ll be trying to make them as distinct as possible when it comes to using them in combat, since we don’t want to have tons of reskinned weapons that play the same way.

What can you tell us about the game’s progression system and how extensive it will be? For instance, how much will it emphasize build variety with the classes available to players?

Players will level up their classes as they complete missions while playing those classes. New levels will grant access to new class-specific weapons as well as new perks. When it comes to perks, we don’t want to have a large tree of minuscule bonuses like +1.5% accuracy. We’d rather focus on a smaller array that would significantly change the way you play a mission. For instance, we might have a perk that would let a non-medic class bring a downed teammate back on their feet or deal a lot more damage with melee weapons at the cost of being less effective in ranged combat. We believe that would let players experience different flavors of the classes while still keeping their core identities and roles.

How extensive is the game’s weapons upgrade system?

We don’t want to swarm the player with a large number of weapons that hardly differ from one another. That’s one of the reasons why we’ve decided to go with a smaller number of class-specific arms that can be modified extensively. Players will need to craft the upgrades, gathering ingredients as they complete missions or buying them off the black market (with in-game currency). There will be several slots for firearms upgrades that would better things like accuracy or damage. We’re guided by the same idea as with perks – have less but more significant choices. 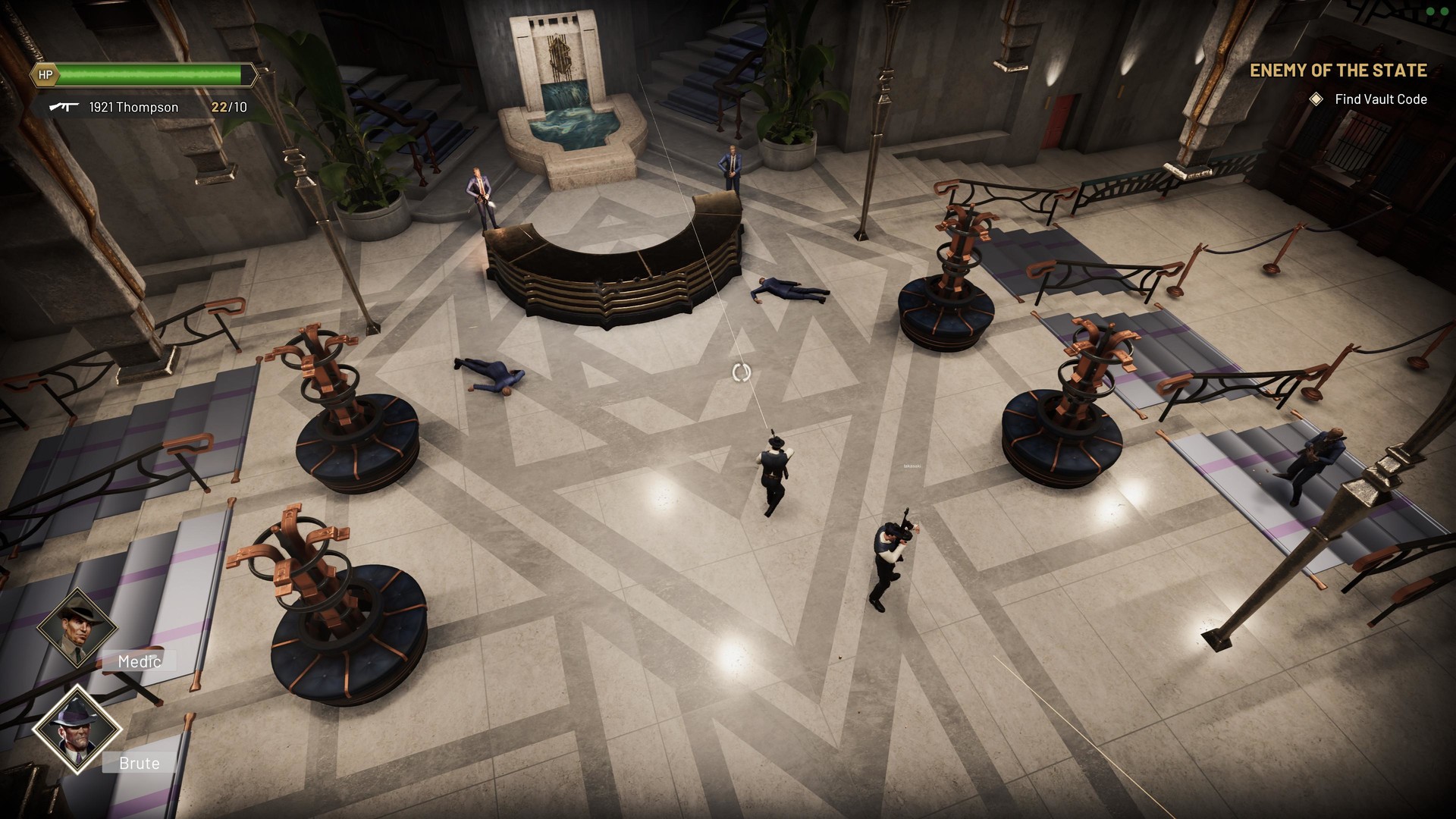 "While it’s possible, and fun, to play the game solo, we believe that the best way to experience Enemy of the State is by playing in co-op."

What can you tell us about the hub location in the game? How customizable will the hideout be? Will expanding it have a tangible impact on how we play the game?

Social hub, the hideout is a place where players will hang out between missions. It’s there where they can customize their characters, craft the weapon upgrades, modify their loadouts, or chat freely without the pressure of being on a mission. As for the customization – that is, how much freedom will players have – is something we’re still discussing internally. When it comes to expanding the hideout, we’d really like it to unlock new mini-activities, small things you could do with your friends as you’re chilling out in-between missions, then again it’s still too early to say how much we will be able to fit in for the release.

Will the background we chose for our character have an impact on the gameplay or story, or is it purely for cosmetic purposes?

We don’t want to lock players in the backgrounds they choose. They can swap them in the hideout, so they can experiment with the one that suits them the best (and the same is true for classes). Nations players pick won’t impact the story in any way, and while they will provide small gameplay bonuses, those won’t be game-changers – we allow players to select nations mostly to let them express themselves. And of course, based on the game’s popularity, we might add more backgrounds to pick from in the future.

How will the experience vary when playing solo versus playing co-op, in terms of things such as difficulty and the pacing of the action and the like?

While it’s possible, and fun, to play the game solo, we believe that the best way to experience Enemy of the State is by playing in co-op. When playing solo, players will be joined by AI companions. Those will only provide basic support, so it’s the player who’s going to complete the main objectives. In the case of a bank heist, that would mean only the player would steal the loot while the AI would focus on stopping the incoming enemies. We don’t want to change player/enemy stats too much between solo and co-op modes (after all, players can still play different classes in single player), and we’ll be focusing on adjusting enemy behaviors to balance the difficulty. 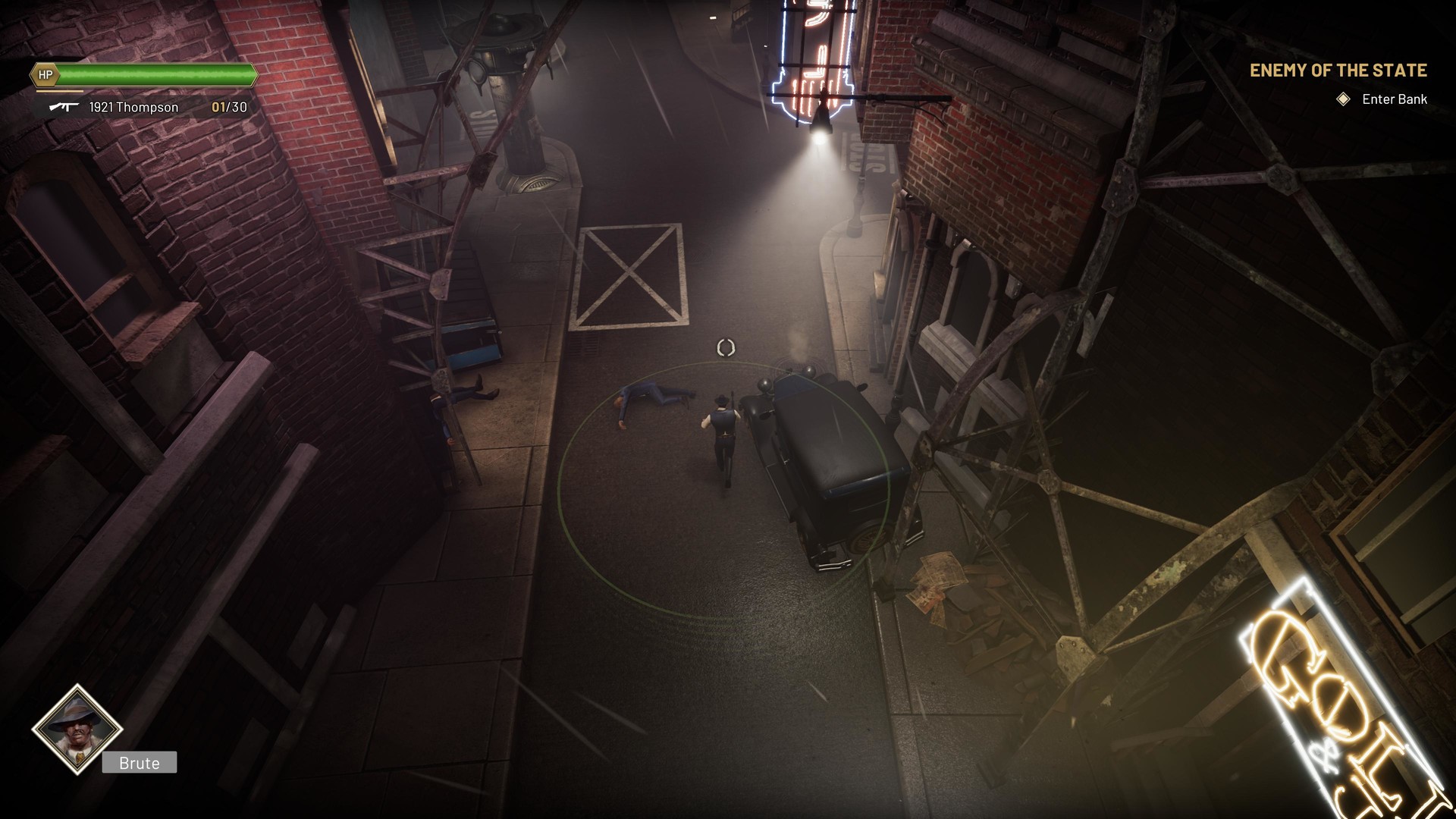 "Campaign should take a few hours to complete, but that’s only the beginning since all of the maps could host different mission variants within them outside of the story mode. Although we will have hand-crafted maps, we’re exploring ways to raise the replayability of each single level, like having multiple entry and exit routes."

Roughly how long will an average playthrough of Enemy of the State be?

Campaign should take a few hours to complete, but that’s only the beginning since all of the maps could host different mission variants within them outside of the story mode. Although we will have hand-crafted maps, we’re exploring ways to raise the replayability of each single level, like having multiple entry and exit routes. Completing all the missions, including the campaign should total to roughly 20 hours at launch, but we’re planning to support the game with new maps and seasonal activities after the release.

Do you have any plans to also bring the game to the Switch?

We have no such plans for the time being, but we don’t rule out the possibility of porting the game to Switch (or its successor, if there will be one at the time of release) later on.