Epic Mickey 2: The Power of Two – Interview with Warren Spector 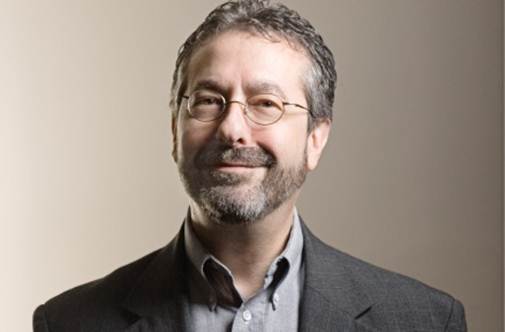 Warren Spector needs no lengthy introduction; the creator of Deus Ex and System Shock is one of the prominent figures in the gaming industry. We recently got the chance to ask him some questions and you can check out Spector’s witty and informative replies below.

Pramath Parijat: The first Epic Mickey was obviously met with a bit of a polarizing reception critically. The camera, especially, seemed to put most people off. Were those complaints at the forefront of your mind when you started work on Epic Mickey 2?

Warren Spector: I wouldn’t say people’s complaints were “at the forefront” of anyone’s thinking. I mean, we were aware of them, but we didn’t need a ton of outside input to have a sense of what did well – and less well! – in the first Disney Epic Mickey game. We knew we could do a better job on the camera (though, I think the team did a better  than some give us credit for, dealing with a tougher problem than a lot of people realized we were trying to solve!). Anyway, we worked hard to do better on camera… We developed several strategies for improving player direction from the first game to the second (some of which result from the decision to record full speech in the new game)… And we certainly upped the level of consequence when it comes to all the choices we allow players to make in the game! But we did all that because we’re all gamers here at Junction Point and knew, as well as players and critics did, what we could do to make the sequel better than the original!

PP: The original Epic Mickey was Wii only, and it did well enough at retail, selling over 2 million copies worldwide. What prompted you to make the sequel multiplatform?

WS:  What prompted the move to multiplatform was simple – or, two simple things. First, we heard from plenty of 360 and PS3 owners, in particular, that they were intrigued by the game and our gameplay ideas, and felt left out. Second, on the first game, we were trying to reach a broader audience than usual and, at the time, the “broad audience” existed only on Wii – now, the PS3 and 360, thanks to the passage of time and reduction in prices, are beginning to reach that broader audience, too. Put all that together and going multiplatform was an easy decision to make.

PP: As a multiplatform title, Epic Mickey is notable in that the Wii is the lead platform, and the game will then be up ported to the other systems, rather than it being developed on the HD consoles, and then being down ported to the Wii. What led to this decision?

WS: We created all new assets – ALL new – for the HD versions, did lighting from scratch, made audio changes and, of course, control and UI changes. We didn’t “up-res” the game or “down-res” it – we crafted the gameplay we wanted and then built it on multiple platforms, simultaneously – the HD versions ran about 4-6 weeks behind the Wii just because the Junction Point team had all the Wii experience from the first game, but that still meant there was a lot of back and forth on the team about ideas for one version migrating to the others. And it wasn’t just a one-way street of ideas moving from Wii to HD…

The game was developed, on all platforms, by an enormous team, spread out around the globe, at multiple studios, with Junction Point providing the direction and the glue, if you will, that ensured we were all building the same game. The development process, ably managed by Junction Point’s Studio Director, Paul Weaver and his team, was pretty miraculous.

PP: Let’s discuss the game’s co-op mode. What prompted the decision to include it in the game? From what we understand, it feel a bit like the co-op in the Donkey Kong Country games. Do we have the right idea?

WS: Well, first of all, I’m not going to complain about a comparison with Donkey Kong Country! That’s sweet! If there’s a DKC feel to co-op, that might have something to do with the fact that Paul Weaver, the Studio Director I mentioned a minute ago, worked at Rare, as a tester on DKC and DKC2 before working as co-designer on DKC3! So, sure, there’s probably a bit of the “right idea” there. But the decision to go co-op in DEM2 was made before we started working on the first game. We introduced Oswald in DEM… made him a playable character in DEM2 and… well, let’s not talk about the future just yet! The idea of making Oswald an AI-controlled character in the game came from Chase Jones, the Design Director. It’s great having a Lucky Rabbit along on the adventure with you.

PP: At least on the HD twins, and on the PC and Mac versions of the game, will the co-op mode be supported over online?

WS: No. There’s obviously no technical reason we couldn’t have done online co-op, and the decision to do only split-screen or “couch co-op” wasn’t driven by budget or schedule, either. We all just thought that, if you’re making a “game for everyone” and you know the first one appealed to kids and adults, boys and girls, men and women, you should actually allow those people to play together… really together… not virtually together.

PP: The sequel has voice acting and musical numbers, something that the first game didn’t have. Why did the first game not have them? Was it due to time constraints? Creative reasons?

WS: A little of both – time and creative. The very first Disney Epic Mickey design document included a wacky (by which I mean “overly ambitious”) interactive music system. As the design for the first game moved from concept to prototyping it quickly became apparent that making a dynamically changeable world was more than enough of a challenge for one game. The interactive music stuff just got put on the back-burner. Well, some of it survived in the way the soundtrack changes based not only on where you are and whether you’re in danger or not, but also based on your playstyle.  But a lot of ideas beyond that just didn’t make the cut. To be frank, with the passage of time, much cooler interactive musical ideas have come up than we had 5… 6… 7 years ago, so it’s probably for the best that we didn’t do that stuff in the first game! We’ll get to it someday, I’m pretty certain. 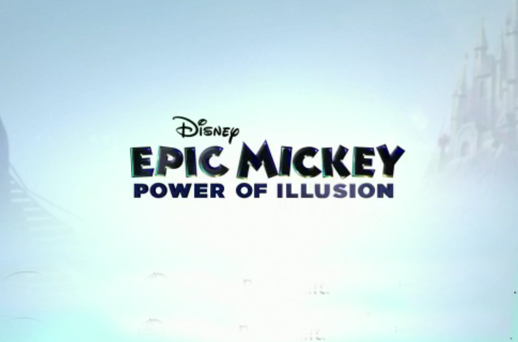 PP: How does this game tie into the 3DS Epic Mickey game?

WS: Other than the fact that both games are set in Wasteland and feature Mickey Mouse (with appearances by certain other forgotten cartoon stars), there isn’t much. But that’s plenty. Once you say “Wasteland” you’re kind of also saying “paint and thinner” and “dynamically changeable world” and both elements are front and centre in the 3DS game. But traditional consoles and handhelds – especially the 3DS – are very different things and we knew we couldn’t do justice to the games or the hardware if we just did a port of a console game to 3DS. From the start, Power of Illusion on the 3DS was going to tell its own story, feature its own cast of characters and settings, but most important of all, showcase a completely different approach – game mechanics-wise – than the Wii, 360 and PS3. I’ll tell you, I’m super excited about the fact that the 3DS game introduces the idea of forgotten VIDEOGAME history into Wasteland. That was all Peter Ong’s idea – he’s the Creative Director at DreamRift, the team we’ve been working with on Power of Illusion.

PP: The first game was a lovely tribute to the lost Disney worlds. What all do we get to explore in Epic Mickey 2? Are we going to retread old ground with a new perspective, or is there some new stuff there too?

WS: I’m not sure I’d use the word “retread” in the context of what you’ll be doing in Disney Epic Mickey 2!   But, word choice aside, you WILL re-explore some places you visited in the first game, but changed by events between the games and just… deeper than before. There’s more to do, more to see in places like Mean Street (and others) than there was before. We’ll also be sending players to new locations – we’ve only talked about one so far, the Disney Gulch, based on Frontierland, but there’ll be plenty of new stuff. Oh, and we have a whole new set of cartoon-inspired sidescrolling platforming levels – so far we’ve only talked about a couple of those, but there are many more players will discover. And the sidescrolling levels are much deeper, richer than they were in the first game. Frankly, they were kind of a side project on the first one and we were all taken by surprise by how popular they were. We’re putting even more focus on them in this game.

PP: Epic Mickey 2 supports the Playstation Move, and obviously, it supports motion controls on the Wii. Why was Kinect not supported by the game?

WS: Kinect is a really interesting piece of hardware. For some games, it’s absolutely perfect –but Kinect didn’t seem right for a game that’s all about exploring how you want, going where you want, doing what you want. Let me put it this way – if any of us had figured out how to walk or run, with the Kinect as the interface, we might have gone with it, but we didn’t just want to shoehorn support in to get a bullet point on the back of a box, you know? Someday, I’d love to see Junction Point work on a Kinect game but when we do it’ll be a REAL Kinect game, not a game that just features Kinect support because we’re supposed to or something.

PP: Are there any plans to turn Epic Mickey into a trilogy, a running series?

WS: Before I start working on any project, I sort of map out several games in a potential series featuring the characters and game world. Basically, if there’s a chance I’ll be spending ten years of my life (and a trilogy of games can take that long!) in a single universe, I need to know I’m not going to end up bored out of my mind! Before we started working on the first game at Junction Point, there were reasonably solid ideas floating around for what games 2, 3 and 4 might look like. So, to answer your question, I’d say there are “hopes” that Disney Epic Mickey will enjoy a long run as a series.  Will it happen? Let’s see how #2 does!