The dynamic menu was the culprit, apparently. 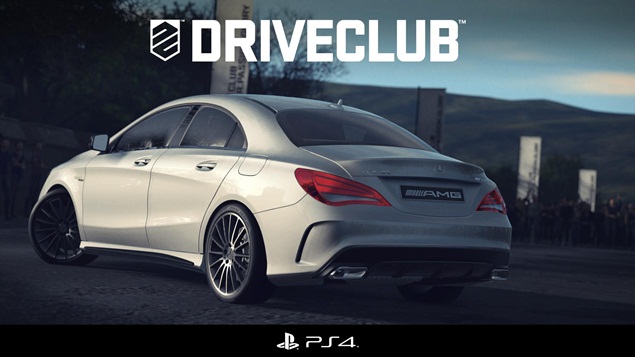 DriveClub, Evolution Studios’ next generation arcade racing game due for the PlayStation 4, was originally going to be a launch title; about a month before the release of the console, it was inexplicably delayed, with no release date or reason given. Now, after nearly half a year since the announcement of the delay, we finally have a concrete date as to when we can get our hands on it- and it’s pretty late. In fact, it’s nearly a full year later from its initial release date.

“The dynamic menu is key to how much fun you’re going to get out of the game because it is the glue that connects you to everyone else in the DriveClub community. Whenever you fire up the game; between every race you play, and when you log in to DriveClub on your phone or tablet, the dynamic menu has to be slick to ensure your experience is seamlessly connected. Essentially it’s where you discover what to play, and who to play with.

“It’s also absolutely vital to our ambition of growing a vibrant network of millions of connected clubs, who all share the excitement of driving amazing cars together. Whether they play just to have fun, or to complete every challenge and beat their rivals in every race, it’s this connected community who will keep the game fresh and enjoyable well after launch, so it makes sense for the connectivity to be perfect,” they continued.

“No racing title has ever combined the development of a socially charged, multi-platform dynamic menu with all the other connected online elements that DriveClub delivers. We know that what we are creating here is hugely ambitious and we’re proud of the fact that we’re getting close now because we’re a relatively small studio. The progress we’re making is great, so I’m looking forward to showing you more as development continues and prove that all the hard work has been worth it,” they concluded.

Evolution also took the time to talk about other things pertaining to the game. For instance, they discussed the free PS+ edition of the title (it will still be available day and date with the actual full version, and offer all the modes from the full game, with a selection of cars and tracks), the audio, the graphics (1080p and 30FPS), and more.

DriveClub looks to be coming along well in spite of all the delays, and for now, you can color me cautiously optimistic. it will be interesting to see how well the full game fares.