GamingBolt recently had the chance to interview band Green River Ordinance. They love all things gaming, and we had a chance to talk to them. 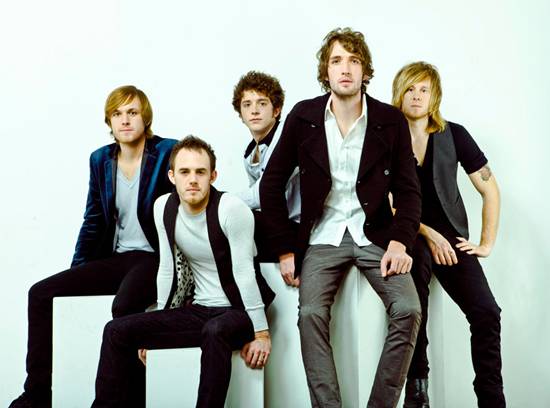 GB: What age did you all start playing games?

GRO: I started playing games when I was 5 on the original NES.

GB: Do you have any favourite platforms?

GRO: My favorite new gaming system is the PS3 because of the free online gaming and ease of use.

GB: What are your favourite games?

GRO: I used to play Counter-Strike 1.6 online for years and years, but nowdays I’m playing a fun little online game called Supersonic Acrobatic Rocket-Powered Battle-Cars on PS3.  It’s a $10 download on the online Playstation store and it is ADDICTIVE!

GB: What console or game first got you interested in gaming?

GRO: NES and the original Gameboy were the first systems that I started to love; my neighbor had an Atari that we played also.

GB: Have you ever thought of giving one of your albums a gaming-related slant?

GRO: We haven’t actually, but it sounds like a fun idea!

GB: What games are you anticipating in 2010?

GRO: I’m really excited to play the game Heavy Rain.  I’ve heard it’s gotten amazing reviews and actually made some people cry.  I have a hard time believing that’s possible from a game, but I’m excited to give it a try.

GB: Are there any dead franchises you really wish would continue?

GRO: I always loved Sonic.  I used to play Sonic 1, 2, a Sonic Pinball.  I wish they’d bring that franchise back to a new system.  It’d be interesting to see how people would react to it.

GB: What was your worst gaming related purchase and why?

GRO: I think the worst one that I made was a special edition Game Gear–the blue one with the carrying case that holds the magnifying glass, charger, games, etc.  It was awesome at the time, but in retrospect it was pretty ridiculous seeing as how the gameboy color came out only 5 years later and didn’t take 6 AA batteries, ha!

GB: When can we expect a new album?

GRO: We should be coming out with a new album within the next year and a half.  For now, however, we are releasing our second single “On Your Own” to radio.