We recently got a chance to sit with Marcus Nilsson, Executive Producer of the game and talk about some of the new features in it. It’s a pretty interesting read and we touch a lot of points of the game. Do read it till the end. 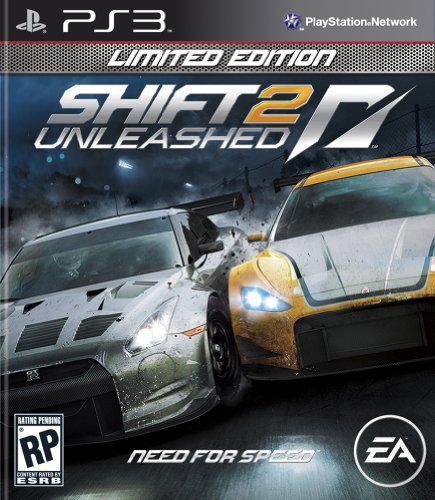 GB:  The last entry in the Need for Speed series, Hot Pursuit, was very action oriented, and pure, unrealistic fun. Shift 2: Unleashed is the complete opposite of that. Do you think this sudden change of direction will be a bit confusing for the fans?

Marcus Nilsson: I actually don’t see this as a sudden change of direction. Need for Speed brand primarily stands for cops and racers and arcade fun in consumers mind and hence Shift 2 Unleashed is named Shift 2 Unleashed without the NFS prefix. This doesn’t mean we are not related to the brand, we are part of the NFS family but we stand for another leg of gaming racing, simulation racing. Consumers will get to know Shift as a franchise up there with the best and our goal is to make it the best racing simulation experience. At the same time we are actively working to make the simulation genre more exiting and accessible. The pure fun you find in HP can be found in Shift 2 Unleashed as well with the difference that we deliver pure realistic fun and for the first time we now have a game which is intense and fun from the first race to the last. Players which have enjoyed HP will be able to tailor their car setup to fit their needs, whilst the hardcore sim racer will be able to go deep into upgrades and tuning.

GB:  With so many established racing sim franchises on the market, like Gran Turismo, Forza Motorsport, F1 and many others, how do you plan to keep the Shift franchise fresh?

Marcus Nilsson: We have a clear goal, deliver the true drivers experience. We do that through innovating where we think it matter – behind the wheel. The original Shift implemented a smart cockpit camera but it’s really quite minor in comparison with the step up in immersion and authenticity introduced by the helmet camera. By doing this, we make every race a fun race, from the first to the very last. I truly believe this genre needs new energy, new fresh blood to make it stand out again and I think we are on the money with Shift 2 Unleashed and we will carry on building this franchise to become no 1. There is also room for several players in this market and with us climbing up there to the top hopefully the added competition will generate more innovative products in this genre

GB:  It has been confirmed that Shift 2: Unleashed will be incorporating the famous Autolog from Hot Pursuit. Will it be carried over directly, or will there will some major, significant changes?

Marcus Nilsson: Autolog is changing the way this genre is played. After all, it is all about being the fastest. Shaving off hundreds of seconds of lap times have never been more important and through Autolog every race becomes important since the result is spread to all our friends. It is a different implementation, Shift 2 Unleashed is a more complex offer than HP. You can upgrade your vehicle, making your Performance Index of the car something you need to pay attention to. Autolog in Shift 2 Unleashed stretches well beyond the racing, the “mini-game” of upgrading and tune your car gives a depth to the friends completion we haven’t seen before. Autolog in Shift 2 Unleashed is implemented as a widget you can bring up in the UI and it goes deeper into who the player on the other side is, all his records can be found and directly accessible to compete with. Recommendations can come both from the game and from friends and you are always a few clicks away from taking on the challenge. 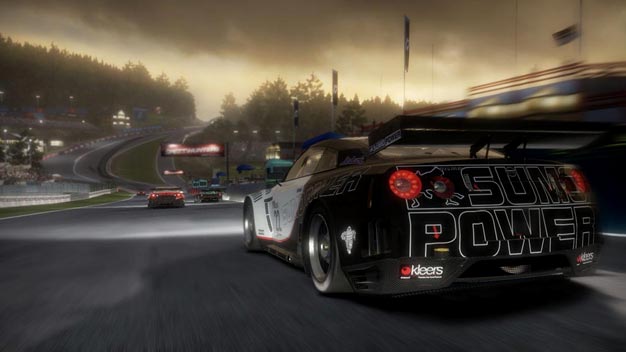 GB: Do you think you can ever achieve the same commercial greatness with the Shift series as, say, Forza or GT ?

Marcus Nilsson: It’s certainly the goal for the franchise to be an obvious choice within the genre, actually even the obvious choice. To build commercial success you need a lot of things, first of all you need a great product, you then need brand awareness, you need a faithful front row of consumers. Thankfully, Shift 2 Unleashed is shaping up so well I believe we can hit all those three things. But to reach GT and Forza brand awareness is going to take time and iteration but with the original Shift and now 2 I must say we are off on a flying start. We bring innovation and fresh blood to the genre, we put you in the head of a race driver and take you for the most intense ride you have ever felt in a game. We make every race count as the people you play with will always try to beat you in Autolog. We do night better than anyone else. And we do so much more…

GB:  The newest trailer of Shift 2 showed that the game will be incorporating real cars and real drivers. Now, how will the “real drivers” idea work with the game? Will there be a crazily deep career mode where we have the option to choose from one of the drivers, with each of them having a different career mode? Or do you have something else in mind? Something like what the WRC series does?

Marcus Nilsson: The career is built up to give the player the possibility to play the game the way he/she wants. There is one driving mechanic is XP and with that you unlock new events as you race. The career is structured with variety in mind. You will never find yourself grinding through tons of races or drift events. You can simply take on one race and then a drift. Do a hot lap and follow up with an Eliminator event. It’s all up to you. So the real drivers come in and they act as bosses in the game. Every time you unlock a new type of event the boss will present what the type of event is all about and also offer his in-game to the point accurately modelled and designed car that he uses out there in the real racing world. Take him down in the final battle and the car is yours. 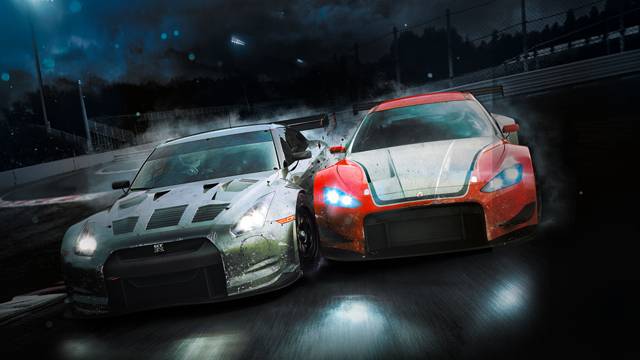 GB:  Do you see a future for the Shift sub-series? Do you think it’ll become a full blown racing sim franchise in the future?

Marcus Nilsson: With Shift 2 Unleashed we are becoming a full blown racing franchise. The thing is, we deliver racing, not driving and it is a huge difference between the two. I think people who experience Shift 2 Unleashed will start to understand that the picture they have of “simulation” is wrong. No game has ever delivered the racing simulation experience the way we do it in the version of the Shift franchise and when players realize that I think this genre has finally moved forward after being stale for years. But it’s obviously not only about the racing experience, upgrades and tuning are taken to a whole new level and the possibilities are endless in what car and handling you want to achieve. Upgrades and tuning feeds straight into Autolog, giving it more depth than HP. In Shift 2 Unleashed the time off track constructing your vehicle is as important as your great skills in the track. And we will carry on to build out the franchise in the directions we see fit. We will grow for every iteration and we will do it with quality

GB: Is there anything else you want to tell us about Shift 2?

Marcus Nilsson: Shift 2 Unleashed is coming out on PS3, Xbox 360 and PC at the end of March 2011. It changes the racing simulation genre forever.