First Encounter Assault Recon launched on XBOX 360 in the year 2006 which was a port of F.E.A.R. orginally released on the PC. The game than was released later on the Playstion 3 system, but baring the PS3 the original was a major success. FEAR introduced a new genre in FPS : Survival Horror FPS. The game became an instant hit with its spooky atmosphere, awesome sound and the most horrifying small girl the gaming industry has ever seen, Alma Wade. 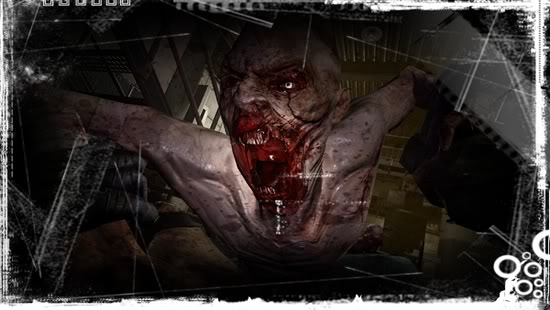 FEAR2 takes place about 30 minutes before the original ending. You are Sgt. Michael and have team mates with you. Your goal is to arrest the head of Armacham indutstries. But things all of a sudden become tough and terryfying.

Lets talk about the gameplay first cause I really belived that developers never really explained the plot deeply , as was the case with the original FEAR. So basically the sequel retains all the gameplay elements from the original. Some of the weapons like assault rifle and shotgun make a come back. Slow motion makes a comeback in FEAR2 but the developers have increased the duration of the slow motion abilities of the main protagonist.You will have your standard handgun and will also have access to grenades, smoke and other utilities that all of the modern shooter have these days. Also included are missile launchers which are a lot of fun. Snipers are pretty cool to use, specially in one the sections where you have to save your partner. 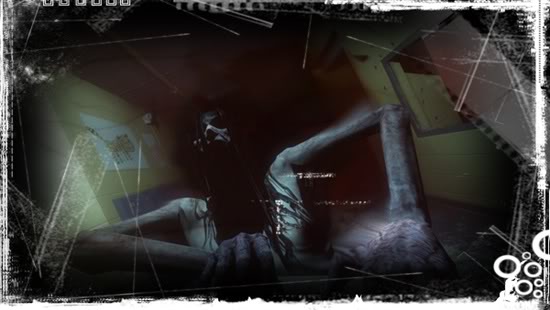 Most important exclusion from the gameplay is the cover system which was implemnted in the orginal. Now thats actually a nice thing since the developers did not actually got it right. In the game you will be facing pretty good variety of enemies. You will be facing against general enemies which were present in the orginal to the mech robots which are pretty tough to take down. FEAR2 also introduces the ability to ride the mech robots also. This was one of the the things i really liked about the sequel, there are about two to three major sections with the vehciles and they are really a blast to play. You will have your machines guns and missiles and will be facing off against the enemies mech robots and soliders. But it aint too simple as enemies will be raining bullets and missiles at your robot and if your life decreases beyoynd a certain point you will be prompted to get out of the robot.

Enemy AI has been boosted up for the sequel. The orginal was brilliant in that department, Enemies use cover and if they dont have a cover they will take near by objects and use them as cover. FEAR did not give the player the option of using certain things as cover. Now just lik youre enemies you will be prompted to take cover and use objects like tables and refrigerators to save yourself. But despite all the very good AI in the game I was kind of disppointed that the agressive factor of soliders are a bit down as compared to the prequel. Due to which the game feels a bit on the easier side. 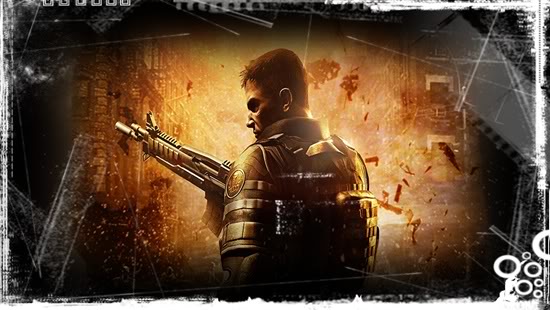 Alma Wade returns. During the intial secnes you will see her as a child in her infamous red frock. But besides that you are going to face a matured Alma. Shes grown up but to be honest shes less horrific than the original. The orginal was known for strange voices of a liitle girl coming right at the back of your ear, you can sense it but you cant make it where she is. Alma played a hell lot of mind games with the original protagonist which is defintely not present in the sequel. Yes there are times where i literally jumped of my chair and thats kinda of expected since FEAR is always known for its spooky environment. More often or not you will be going in to hallucinations which are wonderfully implemented in the sequel adding a kinda of life in the disappointing plot. Yes FEAR 2 is scary at places but overall it balances between the gun fight and the horror stuff.

FEAR2 is not a technological masterpisece. The game looks very good for a current gen game, But its not mindblwoing like other nodern shooters like Killzone 2 and Call of Duty 4. But the art and level design have been very well implemented. The orginal was criticized for its bland environments. Developers have taken care of that with more appealing places. Graphically the games doesn’t set benchmarks but whatever is there it just suits the theme.

Sound in the FEAR 2 is just like FEAR. The way the gun voices is not that great. Some of the times you ill be going in the dark place , where the background music is just on spot. Voice acting is pretty good at most of the places. Communication over radio is pretty good and atleast it gave me an idea of where the story is heading.

FEAR 2 does those things right at which the original failed.Most of the gameplay is retained as well some of the weapons. The addition of mech robot section adds a bit of variety to the gameplay. The horror elements though are present, but have been implemented in fashion similar to the orginal. Now that said and done FEAR 2 is a solid shooter, it’s not best FPS on market but yes it really gives a mix of some fine action and pretty good horror.

It only remains to be seen whether the devlopers are really making a major change to the franchise or will they continue with the same way with the future installments. FEAR 2 will thrill fans and might disappoint others. But if you need an overall better experience than you might go with Resistance 2 or the latest Killzone.

Plot doesn't suck you in; Most of the weapons and enemies have been retained from the orginal

Final Verdict:
SUPERB
F.E.A.R 2 doesn't better the original, but it does improve where the original failed.
A copy of this game was provided by Developer/Publisher/Distributor/PR Agency for review purposes. Click here to know more about our Reviews Policy.