Some of us get the most fun out of drastically different genres, and for different reasons. The joy of skipping across the Mushroom Kingdom, or making an evil doctor release the Chaos Emeralds can inspire very different feelings from ripping and tearing demons or weaving through traffic in Paradise City. The human brain is a strange thing, and we even seek out thrills and adrenaline rushes from things that trigger our deepest responses to danger. You might think this is all segueing into Resident Evil, but I, an intellectual, am leading into F.E.A.R.

Short for First Encounter Assault Recon, the unique blend of first person shooting, sci-fi horror and lore tied together lovingly by the talented team at Monolith Productions. The ones owned by Warner Brothers, not the ones behind the Xenoblade series, to be clear. The game was developed with the PC in mind, and brought to PS3 and Xbox 360 afterwards, where the first game took off to great critical reception, likening the series to Half Life. Which is just about the highest honour you can receive as a PC focused shooter.

We haven’t see a new entry in this series since 2011, and before digging deeper, it might be easy to believe that the studio joining the Warner Brother’s publishing umbrella forced them into a licensed game purgatory. However, it’s worth noting that the first game, F.E.A.R., launched in 2005, following the acquisition. Unfortunately, we can’t really blame the disappearance directly on WB here. Through an exploration of the series history, we’re hoping to discover just why we haven’t seen any games in so long. 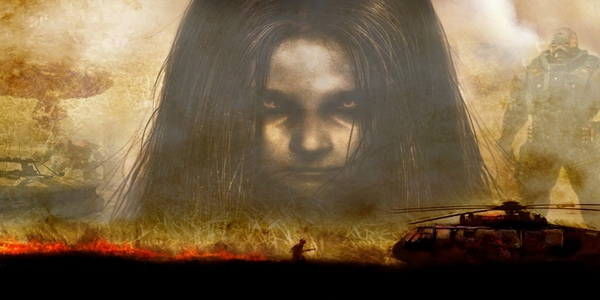 When the series launched in 2005, it was going up against quite a lot of other shooters with the rocketing popularity of the genre. However, Monolith smartly leveraged a few design decisions to make their horror game stand out, the first being the genre. Survival Horror games would usually be modelled after Resident Evil at the time, for no reason other than the fact it was the most popular series in the genre. More involved shooting mechanics than those common at the time made the game unique from a play perspective as well. The supernatural elements of F.E.A.R., which sees the player take control of the F.E.A.R. team’s point man and leveraged powers such as Bullet Time to give them a feeling of power against rather shockingly intelligent AI enemies. At least, all before the antagonist Alma takes it away.

Alma, and the intricate plot and lore that the series would grow and develop over its short run, stands as its legacy today. Throughout the first game, visions of a girl in a red dress haunt Point Man, and laptops provide insight on the terrifying experiments conducted on the woman named Alma. Her torture granted her frightening powers somewhat like the girl from The Ring and Slenderman – with an attitude. The entire plot of the third game takes off from a rather violent sexual assault she performs on the hero in the second game. Did I mention that this series is far less campy than its contemporaries?

Two expansions would come out of the original game that built on the story and characters, as well as fleshed out the also unique multiplayer modes on offer, which leveraged the shooting mechanics and Bullet Time, but it would be 4 years before Monolith would give us a true sequel in F.E.A.R. 2: Project Origin. Unfortunately for all the novel things the game did with its story, the genre had caught up to it in the interm. The beginning of an unfortunate drop in the Metacritic average began here, as the team just didn’t improve much upon the base foundation.

Taking place almost simultaneously as the events of the first game, players take on the role of someone new, Michael Becket, an operator on the Delta Force Team that was supposed to support the team of the first game, as he undergoes his own trials thanks to Alma, and discovers his own dark relation to the events that shaped her. As alluded to earlier, the game ends with Becket being forced to impregnate Alma, setting up the events of the third game. F.E.A.R 2 was generally liked and debuted at the number two spot in the US and UK sales charts for the platform, despite the critics finding that the game didn’t do anything that new. 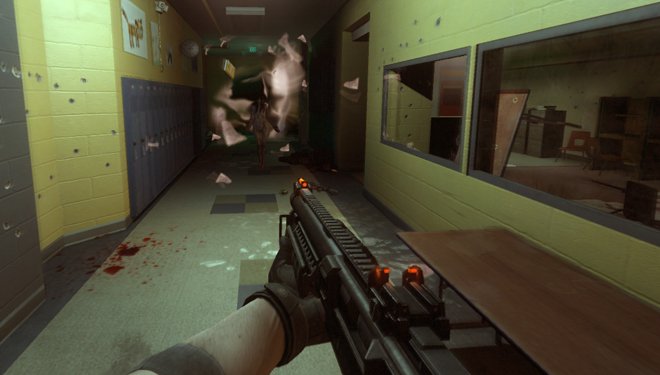 By the time F.E.A.R. 2 came around, the unfortunate reality was that the landscape of the medium had been irrevocably changed. Publishers all wanted to chase that money, forgetting that they had an audience already there. This environment is where we now find the development of F.E.A.R. 3, or F.3.A.R., which was handled by a completely different studio and generally received the same critical reception as the previous game. The sales were a different story altogether.

Day 1 Studios had previously assisted with porting the first game to consoles, but otherwise was completely new to the series. This resulted in numerous changes to the formula, many of them based on popular ideas at the time, such as a game needing Co-op to be successful. This led to the game showing the hero and villain from the first game teaming up to find the pregnant Alma, both for their own reasons. Generally though, the team at Day 1 Studios failed to capture the spirit of the original 2 games, which reflected in the critical reception.

There is a distinct change in the tone of reviews from F.E.A.R. 2 to F.3.A.R, with outlets such as Gamespot and Eurogamer being generally unimpressed by the scares, and considering the core of the series, that psychological horror, as secondary to the action. IGN’s Colin Moriarty literally included the words “Something set in a unique, horror filled atmosphere” to describe the game as a shooter first. While strong shooting was in the DNA of F.E.A.R., it was never really the major draw.

Really, the story of why F.E.A.R. disappeared is much about the story of why Survival Horror games disappeared. Publishers went on the action gold-rush that defined much of the previous generation, but left the audience they did have out in the cold. F.3.A.R. sold very poorly, and saw the studio lay off 100 people following disappointing sales. A 2013 attempted free-to-play online multiplayer game called F.E.A.R. Online would never even make it out of open beta due to a lack of support and general apathy from a gaming audience. 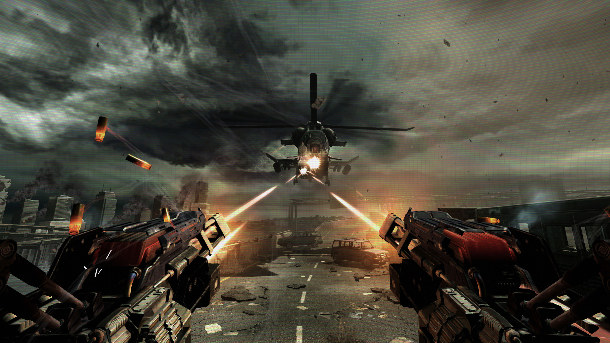 Unfortunately, while both the lacklustre sales of F.3.A.R. and the total failure of F.E.A.R. Online might mean that it’s time to pour one out for Monolith Productions best known game series, things have gotten better. The era of shooters seems to have come to an end, leaving them to return to more interesting ideas once again. More importantly, some high profile successes in the indy market and even from publishers such as Bethesda with The Evil Within series have started to see the genre make something of a resurgence. Resident Evil 7 made a glorious return to form and we still lament the fact we’re in the darkest timeline where Silent Hills never happened. I guess the moral of this episode of “Publishers ruin everything” is that even a totally dead genre can rise again.