Year over year, Codemasters has been delivering excellent racing sims with its annual F1 series, and as it does every year, the developer is looking to take things to new heights with this year’s instalment. F1 22 certainly seems to be making a number of major additions. Even though it won’t be bringing back Braking Point, the story mode introduced in last year’s instalment, F1 22 will bring plenty else to the table with the new F1 Life hub, supercars, VR support on PC, and improvements made to several existing mechanics and modes. We recently reached out to Codemasters with several questions about how F1 22 is expanding upon its beloved predecessors, and in response, senior creative director Lee Mather revealed quite a bit about the game’s key talking points. You can read our interview with him below. 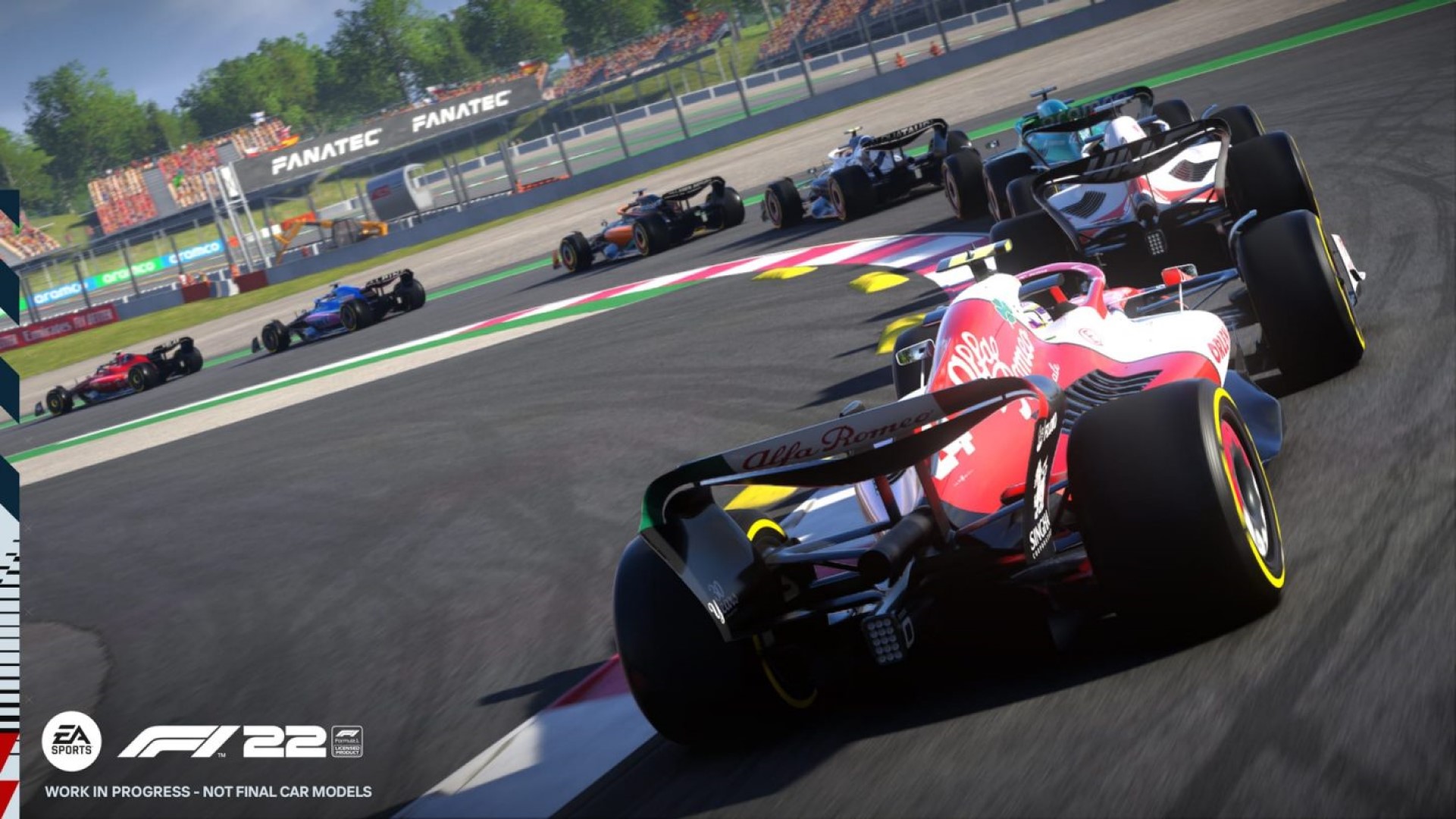 "F1 Life is very much about giving players the chance to customise and personalise their game, and showcase their achievements and style."

What can you tell us about the new F1 Life mode? As one of the headlining additions in this year’s game, how crucial will F1 Life be to the overall experience?

F1 Life introduces a number of new and exciting innovations to the series. The new F1 Life location gives players a space to call their own. They can customise the look and feel of the area. Each time they start up the game, they’re entering their own F1 Life location. Within that space they can see their friends who play F1, and this extends to the Multiplayer lobby location, where other racers will be seen within the location. We also make great use of F1 Life to showcase the collection of supercars which the player has unlocked while playing, alongside their Trophy collection. F1 Life is very much about giving players the chance to customise and personalise their game, and showcase their achievements and style.

The addition of supercars in F1 22 is something that took many by surprise. What motivated that change, and what are the best and biggest things you would say supercars bring to the table?

We always enjoyed the concept of how we integrated classic F1 cars as Invitational Events. We were inspired by a number of things to include Supercars. F1 Life represents some of the glamour of F1, and F1 drivers love owning and collection fast cars. We also see the Pirelli Hot Laps as something fun and different to the racing, where an F1 driver takes a celebrity or guest out, and showcases their skills and limits of the car. They’re a great break between the intense F1 races. They’re also a nice reward item for players to unlock as they progress within the game. And of course, our handling and physics team really wanted to show what they could do, alongside all of the changes being made to reproduce the handling of the new 2022 Formula 1 cars.

F1 22’s new adaptive AI system sounds promising, but particularly when it comes to newcomers or less experienced players, how much of an impact will it have on the moment-to-moment gameplay?

It’s interesting that you refer to the moment-to-moment gameplay, as that was one of the key considerations for the system. We’ve done great work in recent years to help new and less experienced players to be able to drive the Formula 1 cars effectively. We wanted to take things further, and to ensure they they’re not just driving, and that they’re still part of the race. We want players to be amongst other drivers, racing wheel to wheel, and feeling the exhilaration of competition. There are two options to suit players who are leaning how to race in F1. One slows the AI if the player isn’t keeping up, or is making significant mistakes, the other is more adaptive and keeps the player in the race. The AI can still overtake the player, and each other, but they’ll adjust pace based on player skill. 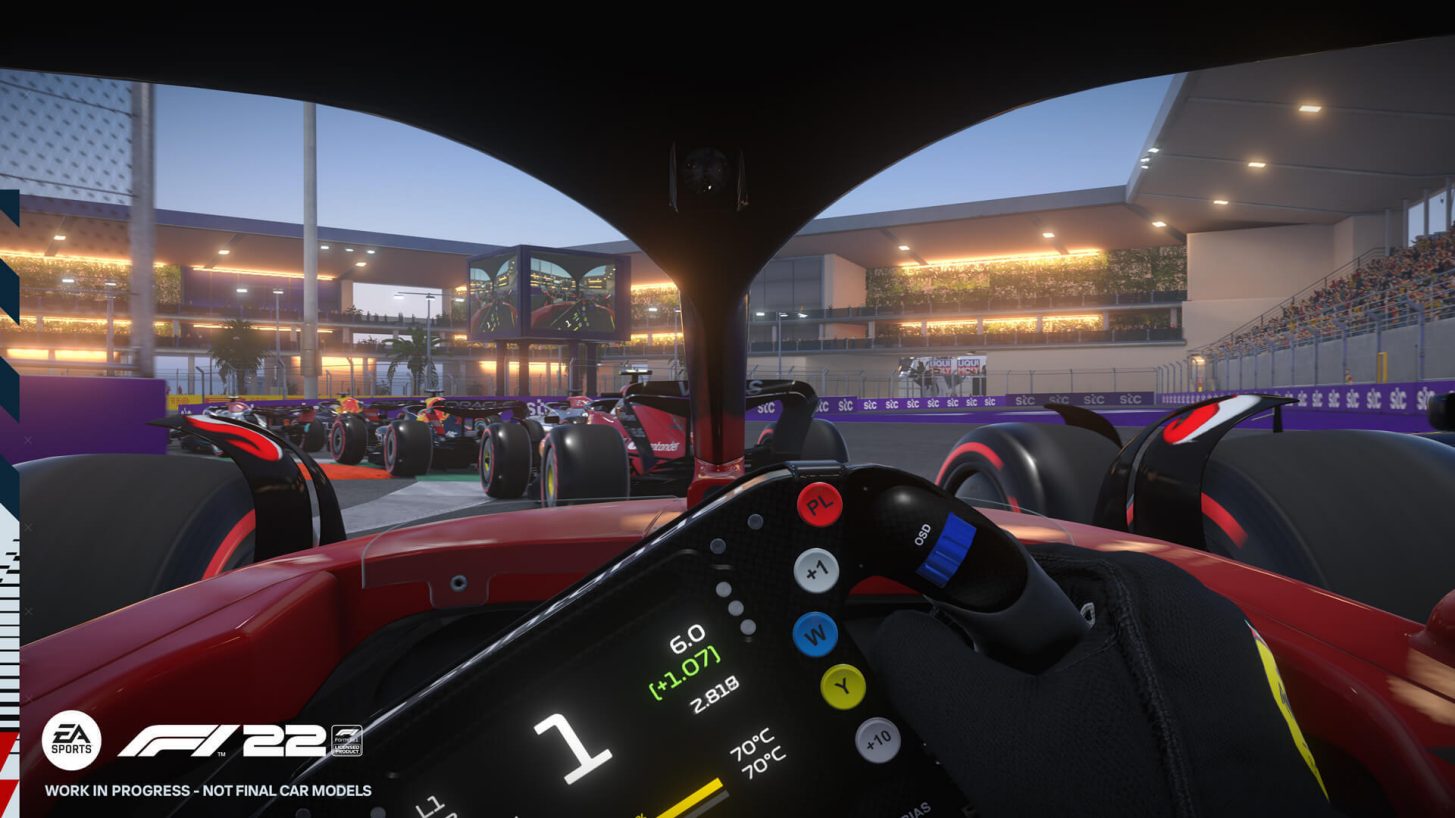 "We worked on a number of major changes across the game which all benefit both My Team and Driver Career, as well as a number of changes which are included exclusively in those modes."

What are the biggest improvements and changes being made in F1 22’s My Team and Career modes?

We worked on a number of major changes across the game which all benefit both My Team and Driver Career, as well as a number of changes which are included exclusively in those modes. Across the entirely of the F1 experience, we’ve added the ability to have a Broadcast presentation style Formation Lap, Pit Stop and Safety Car period. We’ve also added the player being able to position their car on the starting grid as well as timing their entry to their pit box. Crew errors are also a new feature in F1 22, and the skill of your crew will be impacted by how you manage your departments and handle department events. Department Events were new in F1 2021, and gave the player additional elements to manage within My Team. Department Events are now available in both Driver Career and My Team, and will contain multiple outcomes and longer term impact over the course of the season.

Finally we’ve added a new My Team start point option. Players can chose to start My Team at the back of the field, with limited budget and resources. They can also chose to start with a team with a midfield level of development and budget. Finally, they can chose to start My Team as a Championship contender, with a well developed team, a strong budget and the ability to hire a top level driver. This opens up the mode to players who want to start out in a winning position, while still retaining the longer term gameplay associated with My Team.

Braking Point was one of the biggest new additions in F1 2021. What was behind the decision to not bring it back for F1 22? Is it something that you plan on going back to in future installments?

We saw great success with our F1 2021 story mode Braking Point across both new and returning players, and we’re committed to this feature. However it’s not part of our immediate plans due to our two-year development cycle with our internal teams. But rest assured, it will return in the future.

F1 22 featuring VR support on PC is something that series fans are quite excited about. What can you tell us about the game’s VR experience, and how it will differ from the base game?

We’re also excited about the addition of VR on PC this year. It’s something the fans have been asking me about for a number of years. With the stars aligned, we were finally able to bring it to the F1 series, and players will be able to experience and understand what it’s like to drive an F1 car. We’ve spoken with drivers on so many occasions about how it all feels relatively calm to them, and it’s not as hectic as you’d think. 200mph becomes the norm and time almost slows down. The player will feel what that’s like. They’ll be able to admire the amazing detail within the cockpit, and really feel the scale of the circuits surroundings and elevation changes. There’s nothing quite like looking straight at the track in front of you when heading through Eau Rouge at Spa. Paired with our incredible binaural audio, the player will experience a new level of immersion for the series.

Will F1 22 add VR support on PlayStation down the line?

Unfortunately there are no immediate plans, but we never say never. 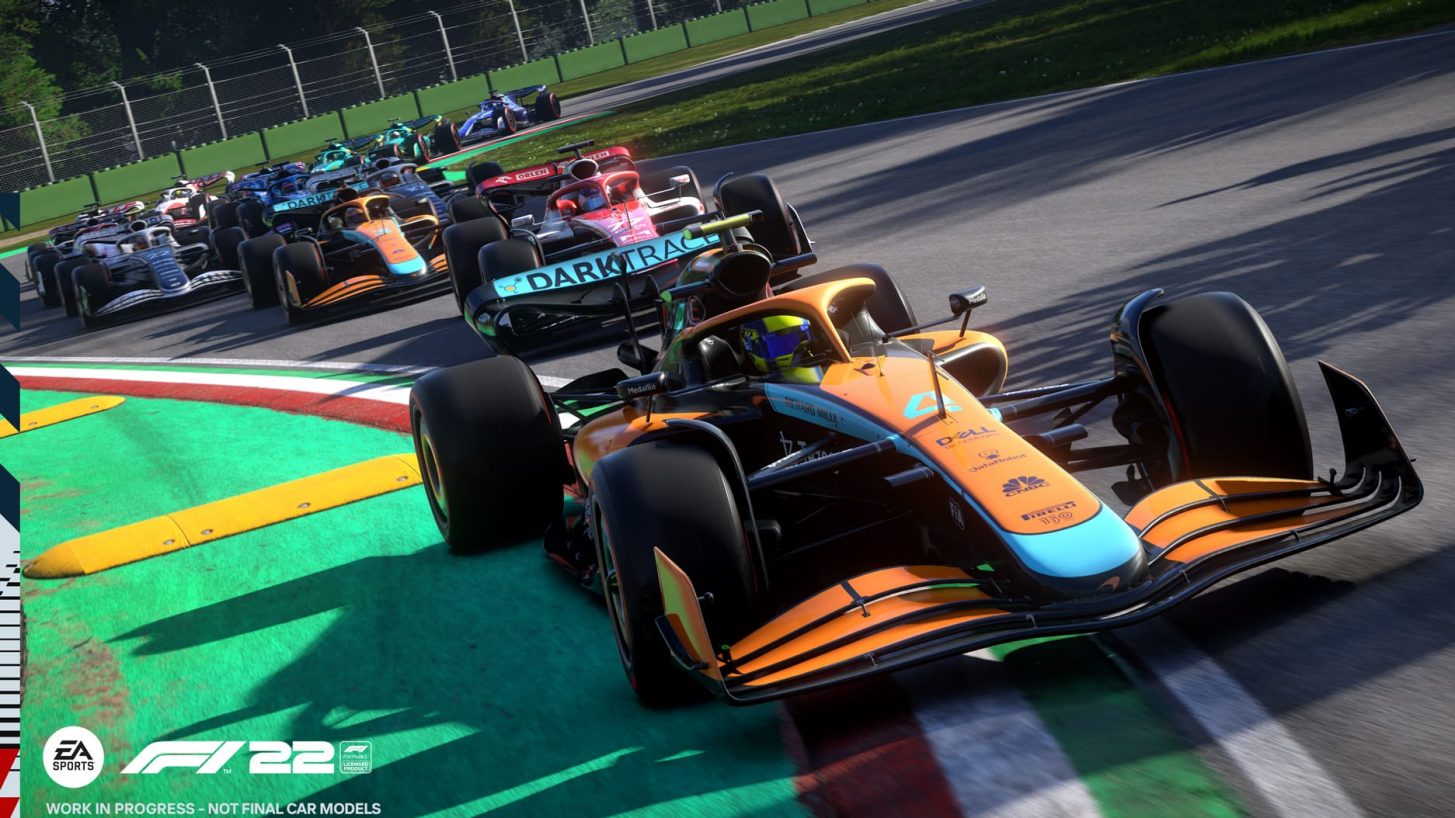 "We saw great success with our F1 2021 story mode Braking Point across both new and returning players, and we’re committed to this feature. However it’s not part of our immediate plans due to our two-year development cycle with our internal teams. But rest assured, it will return in the future."

Do you plan on adding cross-play multiplayer to F1 22 following launch?

Being entirely honest, cross-play was a massive feature for us this year, and one we were targeting for launch. Unfortunately, due to circumstances beyond our control, cross-play will be added as a post launch feature. The game will ship with the same cross generational play as F1 2021, but will gain the ability to play full cross-play in two player Career and Online Social races as early as achievable post launch.

What improvements can we expect from F1 22 in the audio and visual departments, especially with presentation and authenticity being so important to a game such as F1?

With travel now being opened up across the world again now, our Audio team was able to attend the pre-season tests again this year. This gave them the opportunity to strap microphones to a number of cars, and capture great trackside audio. The major visual uplifts this year come in the form of not only the spectacular new Miami circuit, but in the significant updates which have been made to Melbourne. Barcelona and Abu Dhabi. These three circuits have all had layout changes to improve overtaking opportunities and to spice up the racing. The character of those circuits has noticeably changed due to the redesigns.

What resolution and frame rate does the game target on the PS5 and Xbox Series X?