RuneHeads’ Matteo Sciutteri and Stage Clear Studios’ Daniel Santos Fonseca talk to us about the console release of the dungeon crawling RPG.

Posted By Shubhankar Parijat | On 08th, Oct. 2018 Under Article, Interviews

In 2017, the two-person Italy-based indie studio RuneHeads released their first game- the dungeon crawling, narrative-focused RPG Fall of Light. Originally released for PC and Mac, the game has now been ported over to the Xbox One, PS4, and Nintendo Switch as well, as Fall of Light: Darkest Edition, also boasting extra exclusive content, with the porting job being aided by Stage Clear Studios. We recently got in touch with the developers to ask them a few questions about the recent re-release, asking them about the new content, about their reaction to the original release’s reception, about their influences, about their plans for the future, and a lot more, and RuneHeads’ Matteo Sciutteri (game designer) and Stage Clear’s co-founder Daniel Santos Fonseca reverted back with some interesting responses. 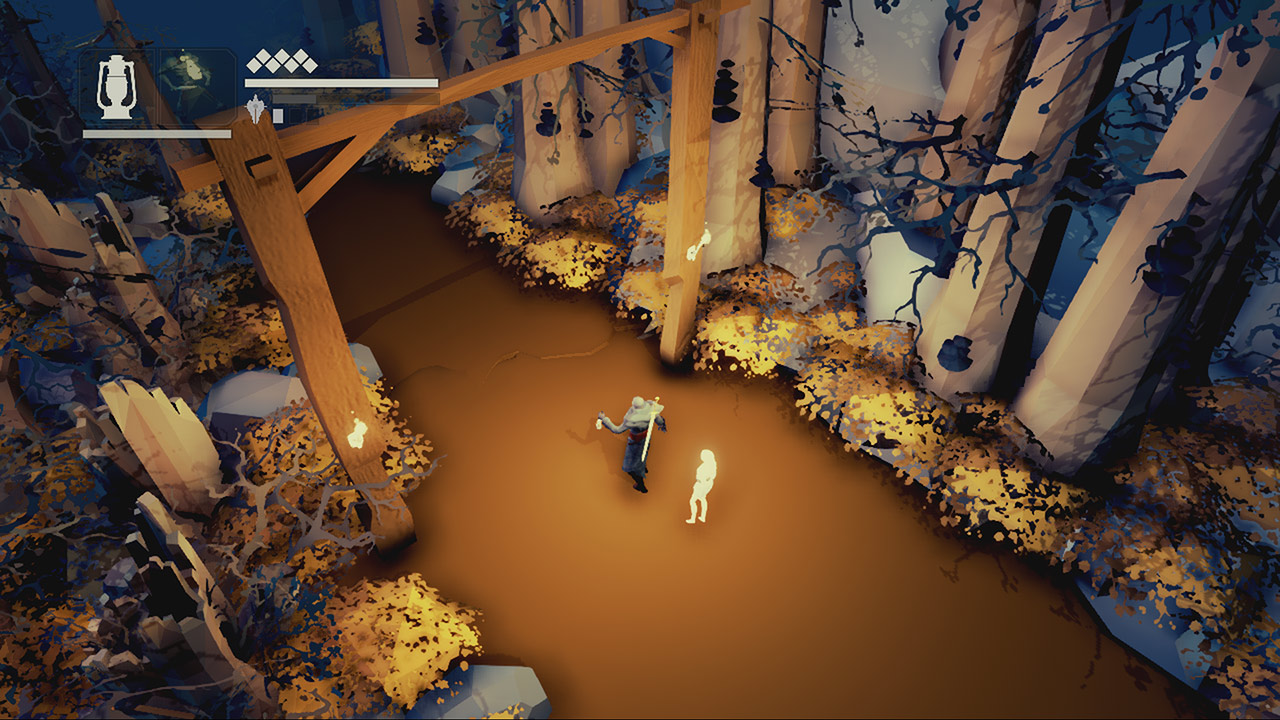 "ICO inspired us with its mechanics around two characters, its melancholic atmosphere and with the game design philosophy."

It’s clear that Dark Souls was one of the major influences on the game. What are some of the other sources of inspirations you drew from when making this game?

Matteo Sciutteri: A lot. First, of course, ICO. ICO inspired us with its mechanics around two characters, its melancholic atmosphere and with the game design philosophy. But, also, Zelda inspired us, and a little bit Diablo.

What exactly can you tell us about the game’s story?

Matteo Sciutteri: Fall of Light has a story based on two different layers. The first is the story of a father (Nyx) and his daughter (Aether): their world is devoured by Darkness and he’s trying to reach a safe place for her. The second layer is more… intimate: there is a story inside a story, and the players that discovered it have written to me talking about how much they have felt in their own souls the sadness during the end credits.

What’s new in the game with the Darkest Edition?

Matteo Sciutteri: There is exclusive content: a new dungeon, a new boss fight, some secrets areas, and new enemies and weapons. You know, what everyone wants when it comes to a new edition of a game.

What are some of the ways in which the father and daughter’s relationship affects gameplay?

Matteo Sciutteri: Nyx must protect Aether because there are the Shadows – creatures born from the Darkness – who are trying to kidnap her. But she is an Indigo Child, and with her special aura she can strengthen her father. Also, they sometimes need to collaborate to solve puzzles. Finally, during the last boss fight there is a plot twist and… something will change between them. 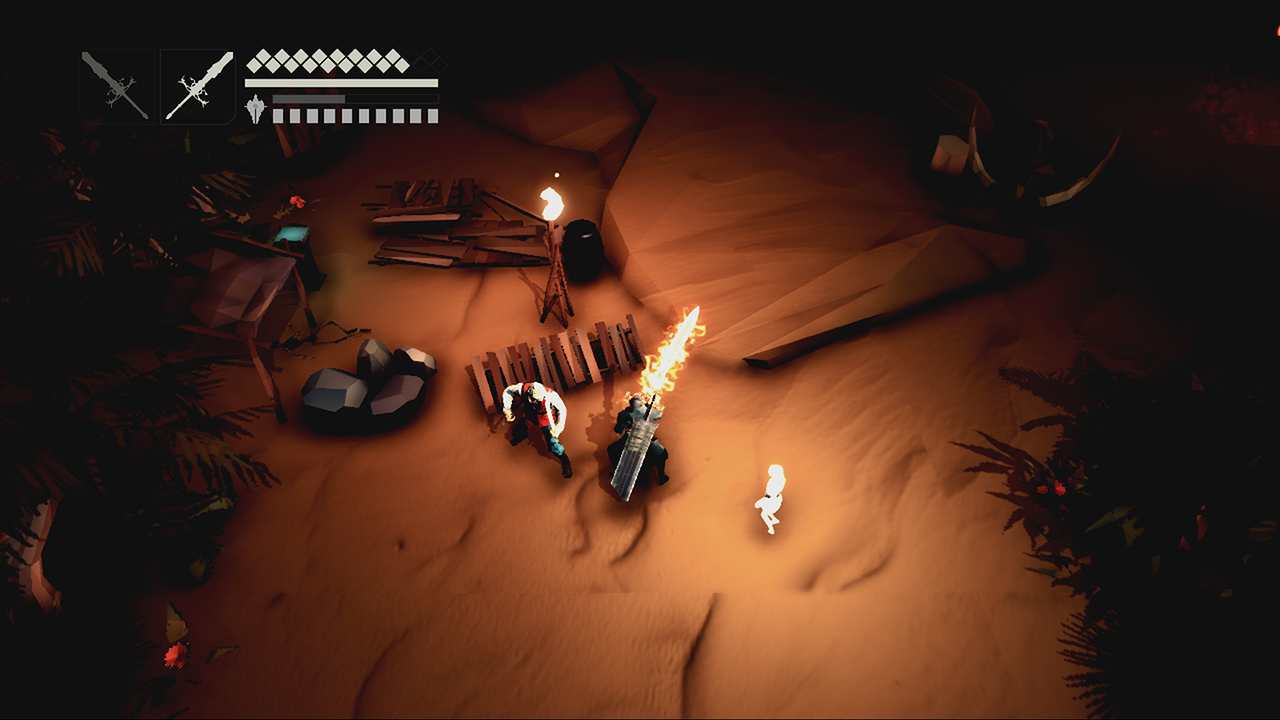 "We had near 20 years of experience (we worked for a lot of companies in Italy and in other countries as employees) and, despite this, we made the game too big. Because, you know, during the development you think “ok, let’s add this, it’s really cool!”. But… not."

What are some of the different weapon types available to player in the game?

Matteo Sciutteri: There are a lot of weapons and every weapon’s class has a specific move set. You can use a sword with a shield, two-handed hammer, or a crossbow. If you prefer something more “assassin’s style”, you can use two short weapons at the same time.

Given that the game has been developed by just two people, were there any particular challenges you faced when developing the game?

Matteo Sciutteri: Sleep. Ok, seriously… sleep. No, really. We worked for one year, seven days per week, most of the time 16 or more hours a day. It was crazy. But we are proud of FoL.

What are some of the major takeaways you would like to tell new developers based on your experience in developing this game?

Matteo Sciutteri: Stay small. I mean, we had near 20 years of experience (we worked for a lot of companies in Italy and in other countries as employees) and, despite this, we made the game too big. Because, you know, during the development you think “ok, let’s add this, it’s really cool!”. But… not.

And, of course, if they will do a game as regular job, they must do their math.

What has been your response to some of the negative reviews that the game has received?

Matteo Sciutteri: Thank you – to most of them. Because it’s thank you to the negative reviews from the players that we’ll grow as a company. Of course, we are glad when we read a good review, but I’m sure that the next title will be better because of the negative reviews. 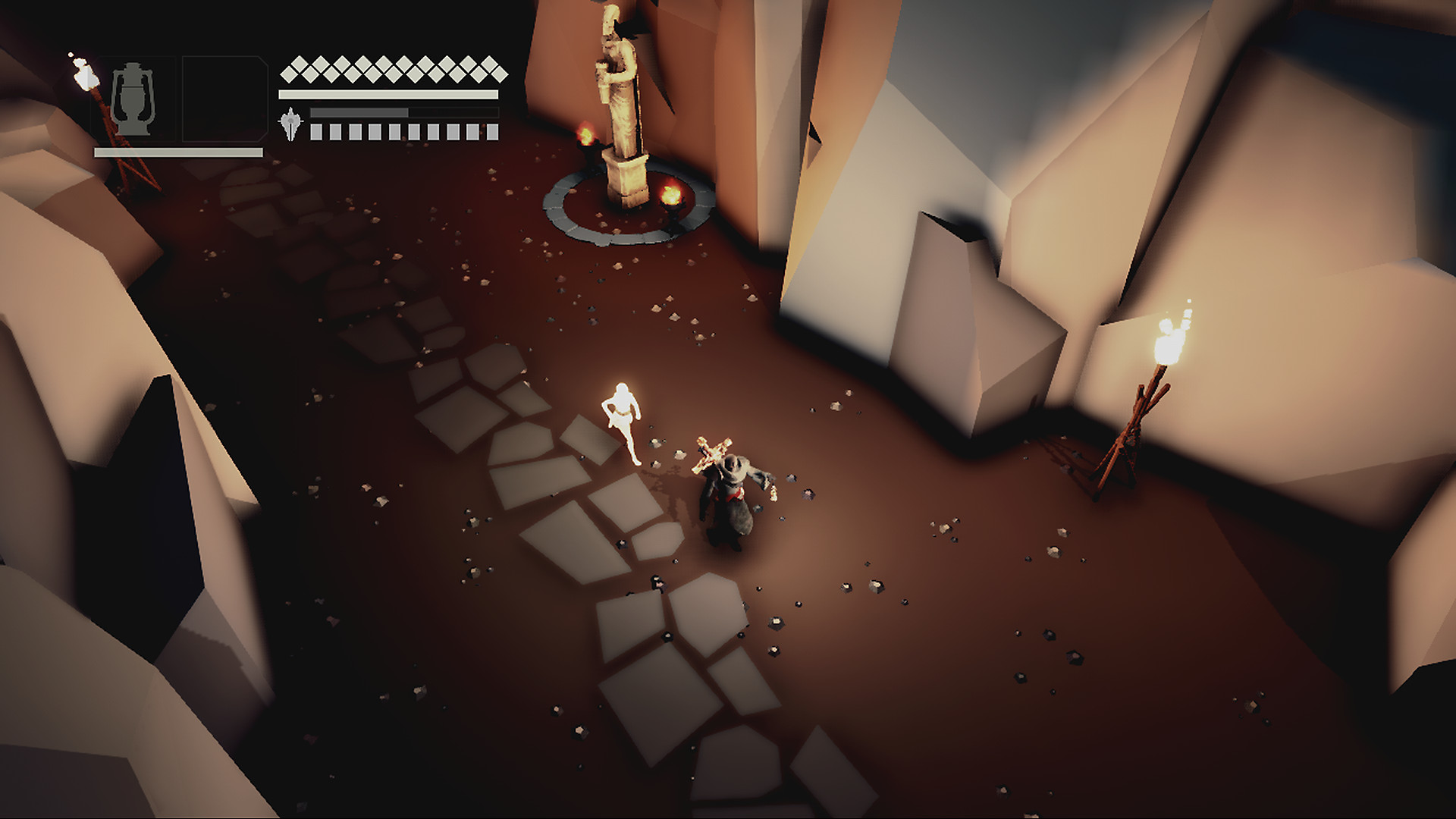 "We’re already working on a new title that will be available next year."

Was it always a part of the plan to try and bring the game over to consoles?

Matteo Sciutteri: Yes, but we needed to find a partner to do it. We didn’t do the porting alone: we worked with our console publisher (Digerati) and Stage Clear Studios to bring Fall of Light to consoles.

Will we be seeing more games from RuneHeads in the future?

Matteo Sciutteri: Of course! We’re already working on a new title that will be available next year. I can’t say anything for now, but I put in my answers a small clue. If someone can discover it! 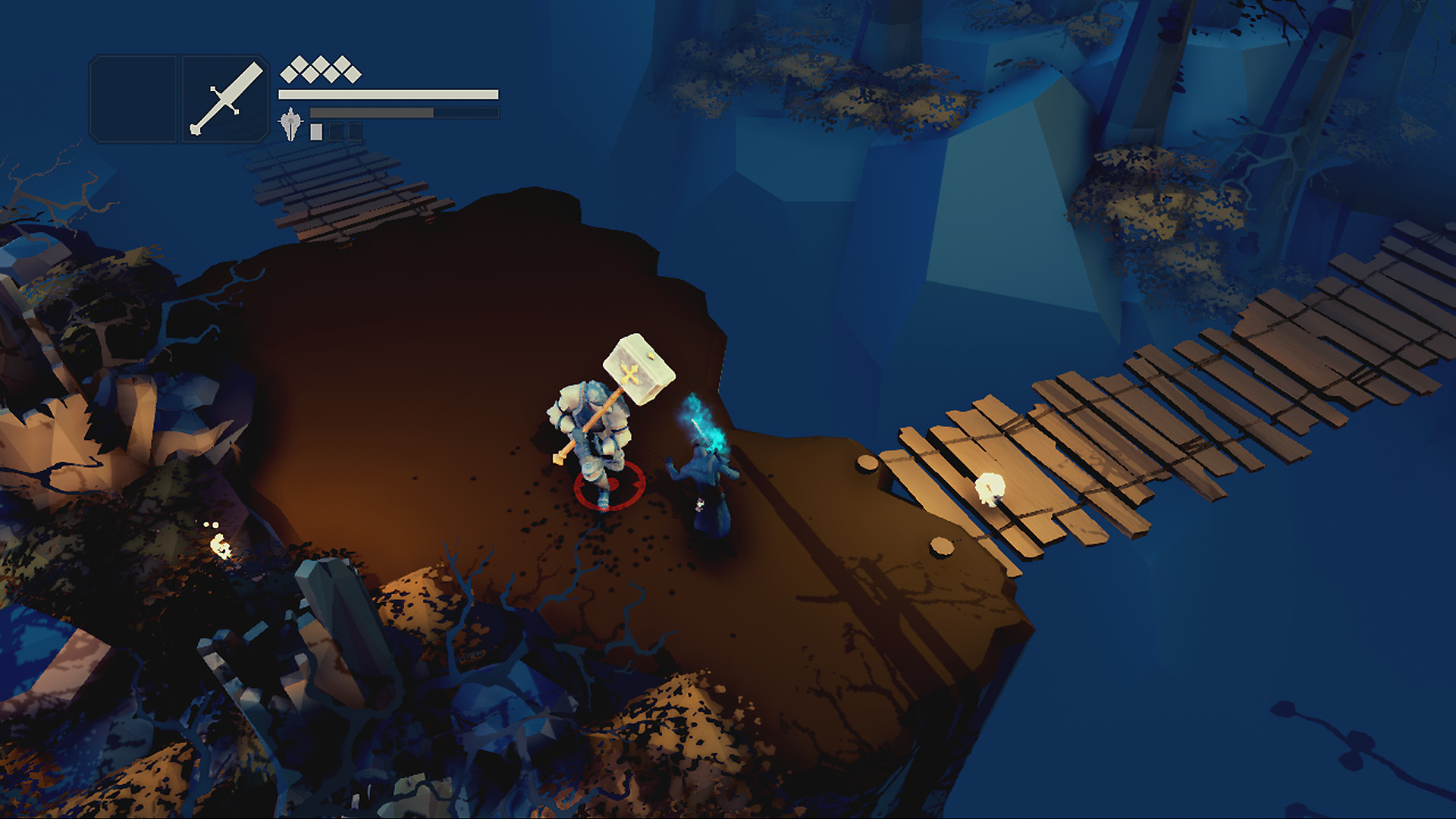 "The PS4 is impressive as power and the photorealism is really near. I guess that we’ll achieve it with the PS5 / Scarlett. After that, I guess they will improve other aspects – like Nintendo is doing with Switch"

What resolution does the game run in docked and undocked modes on the Switch?

Matteo Sciutteri: I’m very curious. Because they can’t stay sticky on their strategy for a long time: the PS4 is impressive as power and the photorealism is really near. I guess that we’ll achieve it with the PS5 / Scarlett. After that, I guess they will improve other aspects – like Nintendo is doing with Switch.