Bethesda promised quality DLC for Fallout 3 and that’s what we got. Just, not exactly in the way we expected, or fully wanted. Operation Anchorage is the first out of five $10 DLC packs for Fallout 3, and it starts the collection with a bang, offering up a plethora of interesting things for the players to experience. 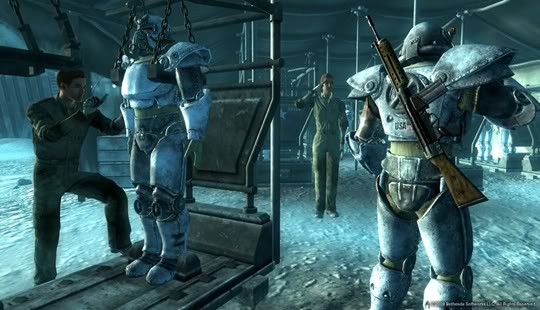 Players start off by receiving a destrest signal from the Brotherhood Outcasts. You follow the signal to find a battle between the Outcasts and some Super Mutants. You help them breach the defenses to get to the Outcasts’ outpost. You follow them down to a simulator that requires a Pip-Boy to access. Now, you must complete the Operation Anchorage simulation to access the armory, safety mode: off. Die in the simulator, go into a deep coma in the Wasteland.

Players start off on a cliff-side near Anchorage Alaska during the time between the invention of the T-51B Armour(June 2076) and the retreat of Chinese troops from Alaska(Janurary 2077). You play as a soldier helping in the liberation of Anchorage from the Chinese, but soon you become the leader of your own customizable fire-team. You can out-fit the fireteam with infantrymen, grenaiders, snipers, sentrey bots, and even the infamous Mr. Gutsy model robot. 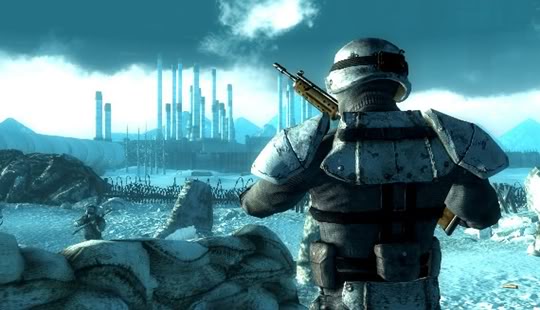 Operation Anchorage features a handful of new items for to players use. The most notable is the Winterized T-51B armour, the most powerful armour in the game and now it’s accessable outside of the highly dangerous Fort Constantine. The next big item is the Scoped Gauss Rifle, a powerful energy rifle that uses electromagnetic fields to propel rounds at spectactular speeds and has unparalleled stopping power. You also get the Chinese Stealth Armour, making you virutally invisible. The last major item is Jingwei’s Shock Sword, an energy melee weapon that matches the power of the Shishkebab.

Operation Anchorage is a unique experience for Fallout 3 fans. It has it’s problems, but it’s a fun 3-4 hours of action-packed fun that anyone with the game should experience.

Too action-oriented for most Fallout 3 fans, no choices, incredibly short

Final Verdict:
EDITOR’S CHOICE
Operation Anchorage is a solid DLC for players who want a few hours of action-orientation.
A copy of this game was provided by Developer/Publisher/Distributor/PR Agency for review purposes. Click here to know more about our Reviews Policy.