This is from the people who made the amazing Elder Scrolls IV: Oblivion, and know they bring you another massive world of Fallout 3 which setting is set in Washington D.C. In this game you get to customize your character just like in Oblivion and you get to decide the fate of many people in the wasteland of Washington D.C. You get to decide the fate of many slaves. There is a town in the wastelands that just holds slaves. Just like in Oblivion, you can either be a bad or good guy. This is your choice on how you act upon people and quests. This game however is not near as long as Oblivion. And the map is not quite as big and vivid as Oblivion but you will never see some area quite look the same which the most part of Oblivion looks the same.

After about the first hour of play, you then realize what your point or goal of the game is. This game takes place in 2277 and you and your father live in Vault 101 and you find out earlier that something happened to your mom during your birth but you are not sure, but you have an idea right? This vault, Vault 101, and like many other vaults in the wasteland are made the keep all the inhabitants inside safe from the dangerous things in the wasteland. You will grow up from birth being one years old, then you skip to ten years old, then sixteen, etc. You then find out that your father has escaped the vault, which no one is allowed to leave the vault. The rule is, born in the vault, die in the vault. Your father didn’t even tell you goodbye. You then have to go after him because the leader of Vault 101 is furious and wants to take it out on you.

You will see many replica things in the wastelands of Fallout 3 just like in Washington D.C. like many monuments.

The good thing about the game is you can take quests on many different ways, unlike most games. You can get the information out of people through persuading them or fighting it out of someone else or through a letter you find on the ground, in chests, etc. A downfall to the game, unlike in Oblivion, once the main story ends, it’s over. The game stops and no more unless you want to start all over. Their are no where near the amount as side quests as Oblivion has.

In this game as well, you will have choices to be nice or mean to people. All of this affects on how your karma is. These are Trophies. However you take the quests depends on how the ending of each and ever quest will end and how the people will react to you. This game is very complex. 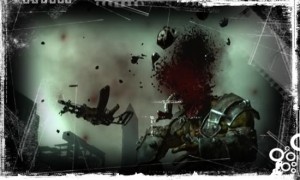 Although unlike Oblivion, you don’t gain skill points, you gain experience points, then you get to put your own skill points. You will go through lockpicking and hacking to get into things. Which the hacking can get frustrating at times. You can also gain perks which I am not going to go into because of spoilers. But lets just say that they help out a lot.

In this game you can blow limbs off bodies through the VATs. You get to freeze time and shoot off limbs and watch in slow motion. But you will not always hit the limbs. They have a percentage on how likely you are going to to hit that limb. I know, that sounds awesome and it is. You can blow heads, legs, arms off. It is awesome and looks good. The physics are great as well. When you blow off a head from a mutated dog on top of the hill for instance, it is a race for the head and the dog body to the bottom of the mountain with rocks in the way the cause an obstacle course for the flying limbs. You can shoot many other guns that will just leave ashes and goo behind of their body. Like in a real life situation, your guns and armor wear over time through battle. They can be repaired if you have some the the same guns or armor to repair the thing with parts from the other. 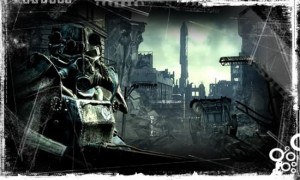 Since you get the idea that the place was nuked, you can get radiation poisoning. This can be easily healed though. You fight hundreds of enemies throughout this game and sometimes you will be helped out by fighting huge giants who can kick your ass. The load times are very short and not a problem. You will note these when you enter a building or a town.

The graphics are pretty good but not quite as good as some games we see like Uncharted or Metal Gear Solid 4 but they are really good though. The explosions to gunfire are great. Even the soundtracks of music gives you that vibe the same way Oblivion did. They are just great.

So this is a game that shouldn’t be missed. If you loved Oblivion, then you would love this game no doubt. But if you didn’t like Oblivion, then you may like this one which is futuristic and has guns that can take off heads. Yes again that is the coolest thing of the game. And yes the storyline is pretty good.

Not As Much Missions As Expected, Combat A Little Choppy, Characters Seem A Lot Alike

Final Verdict:
EDITOR’S CHOICE
Fallout 3 is an enormous game with a lot of fun action, but is missing the variety that games like Oblivion have.
A copy of this game was provided by Developer/Publisher/Distributor/PR Agency for review purposes. Click here to know more about our Reviews Policy.