Fallout 4: Pete Hines Has Given Us All A Sick Note So We Can Stay Home And Play The Game

Bethesda knows what its fans want.

Fallout 4 is almost here and that’s got an entire world of gamers plenty excited. There are any number of people who will likely be calling into school or work (we know a few people who have already tried to get permission) so they can spend eight hours straight playing the game. It turns out that Bethesda’s Pete Hines understands the desire to do this and is trying to help keep those people out of trouble.

On Twitter yesterday, Hines offered up a template for a sick note that could be used to turn into your boss, or teacher or any other authority figure who might not believe you’re actually sick. Obviously, this is a joke but it does go to show just how dialed into the gaming public Hines and the rest of the Bethesda team is when it comes to their games. Of course, it shouldn’t come as any surprise there’s quite a bit of excitement around the game.

Hines has been trying to put out fires for the last few weeks as different pieces of the story began leaking online. There have been screenshots and the like hitting the web as well. Hines has actually come under a bit of fire after he started thanking people for taking down videos that show leaked content. Offering up the ability to get out of work or school is certainly going to endear him to those people who have no interest in spending time away from the console this week. Fallout 4 is releasing tomorrow, November 10, 2015 and if you haven’t pulled the trigger on a purchase, you should check out our review to see if you should. 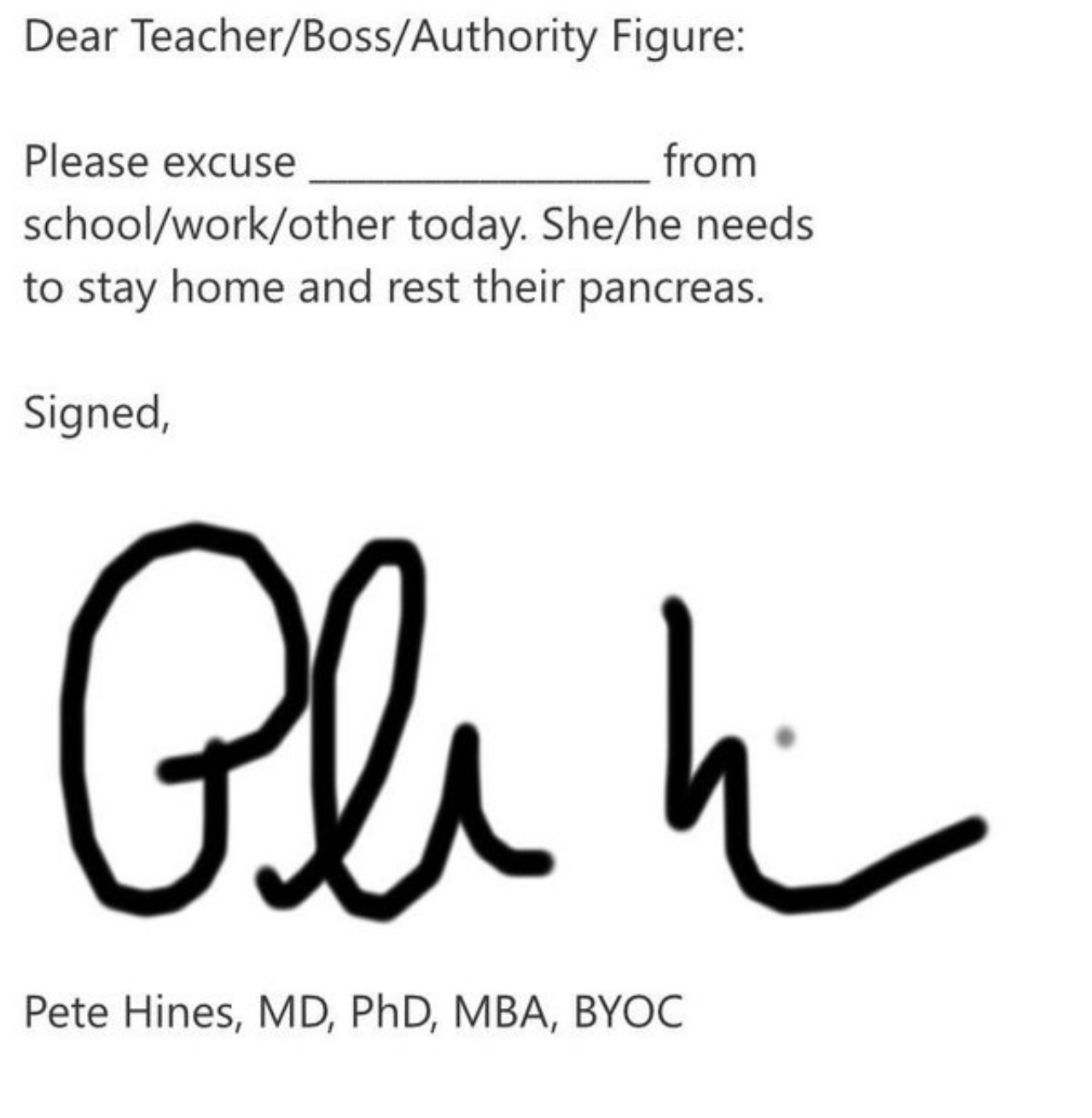