Everything you need to know about Far Cry Primal. 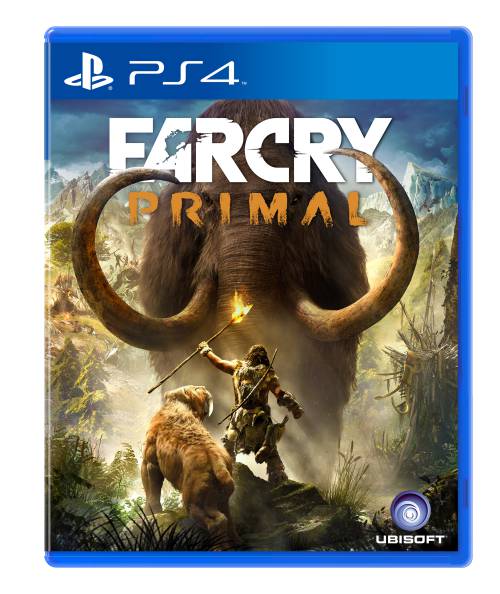 Far Cry Primal  is in development by Ubisoft. The game is a continuation of the Far Cry series but is not a direct continuation of any story in that franchise. This particular title goes back in time, to an era where man was still a relatively young race. The player will have to survive with a tribe and will be hunting a number of prehistoric animals. Some of these creatures will be ones we have seen some version of before, while others such as the Sabre Tooth cat are no longer anywhere on earth. The game is slated for the Xbox One and PS4 and will be released on February 23, 2016. The game is also slated for release on the PC on March 1, 2016.

The game’s development is being carried out by Ubisoft Montreal, though the company is also getting help from Ubisoft Toronto as well as other branches of the larger company in Ubisoft Kiev and Ubisoft Shanghai. This game came about after questions were asked about whether or not Far Cry 4 would feature standalone content like Far Cry 3 did with Blood Dragon. Ubisoft’s creative director for the Far Cry franchise Alex Hutchinson said that there wouldn’t be any kind of tie-in like that, though fans of the series could expect something that can “surprise” players. After that tease, Ubisoft released a survey and asked players about what kind of things would go into their favorite Far Cry setting on January 5, 2015. The survey featured a number of historical settings as well as creatures such as vampires and werewolves.

The game’s listing first popped up on Steam as its code name, Far Cry Sigma on October 2, 2015. The code name did not stick around all that long, as it was officially unveiled as Far Cry Primal on October 6, 2015. Ubisoft has announced that this game’s creative director is Jean-Christophe Guyot. Guyot has worked on several Prince of Persia games and this will be his first foray into the Far Cry franchise. On December 3, 2015, creative director Maxime Béland stated that Far Cry Primal will be as big as Far Cry 4. This particular statement was interesting only because the games in the franchise that tend not to get their own number are a bit smaller than the original numbered versions. One area where the team has actually paired the game down is in the multiplayer mode. The development team has said that it decided to take the multiplayer out so that it could focus on the core aspects of the game.

Far Cry Primal is set to be released for the PlayStation 4 and Xbox One on February 23, 2016. The Microsoft Windows version is set to be launched about a week later on March 1, 2016. 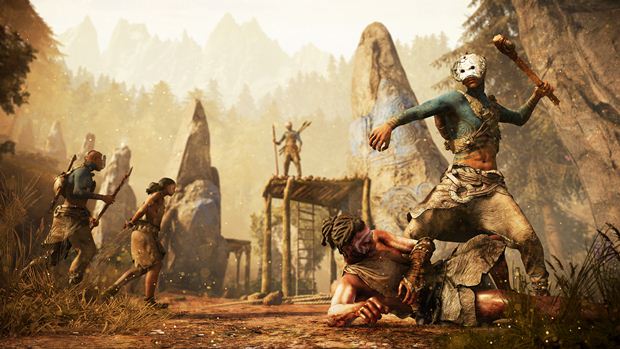 The game is set in the stone, just at the dawn of man. Giant mammoths and huge cats are prowling the earth and human beings are actually near the bottom of the food chain. You will play as Takkar, a seasoned hunter and the last surviving member of his group. The players who step into the shoes of this character have just one goal, which is finding a way to survive in a world where human beings are prey far more than they are predators. While Takkar might be the last of his former hunting party, he will be able to work to grow his tribe back while he is able to hone his skills both as a hunter and as a leader. Once Takkar has honed his skills, he even be able to try and conquer the land of Oros, and rise to the top of the food chain. Takkar will be able to find people that want to be your friends and a number of other people that will form enemy tribes. These tribes want to be the ones that are actually at the top of the heap and they will do anything to wipe out Takkar and his allies.

Because this game is set in the stone age, the characters will not be speaking English. Instead the language will actually be a kind of mishmash of several languages it’s believed human beings in that era might have spoken. There will be subtitles translated to English at different parts of the game, in order to draw the player in and understand how the story is unfolding. 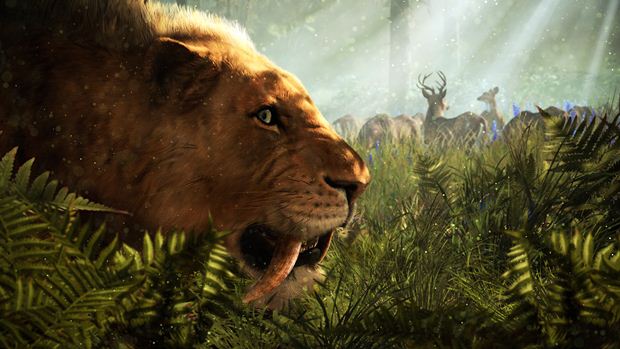 Because the game is set in the Stone Age, all the weapons in the game will be from that era. In order to win battles, players will have to plan an attack using weapons and tools that have actually been built using the bones and other parts of various animals you have killed. If you really want to be come a master combat survivalist, you will have to master fire and that will in turn allow you to upgrade your attack options. Fire can be used to either set your weapon on fire or make a kind of camp fire that will actually scare away the larger predators at night. While your character will have quite a bit of hunting to do in the land known as Oros, there is an added danger to this. The scent of a kill will actually float across the plains and larger animals might actually come to claim your kill for themselves. Players will have to choose whether or not they want to butcher their kill on site and leave some things behind, or take them back to camp and risk drawing predators there as well.

As far as weapons go, clubs, spears and bows will be the most used weapons in this world. Ubisoft has said players will also be able to use crude “bombs” of fire, as well as poison. Players can also tame some of the animals in the world in order to serve as a kind of weapon in the fight against other animals as well as other tribes. 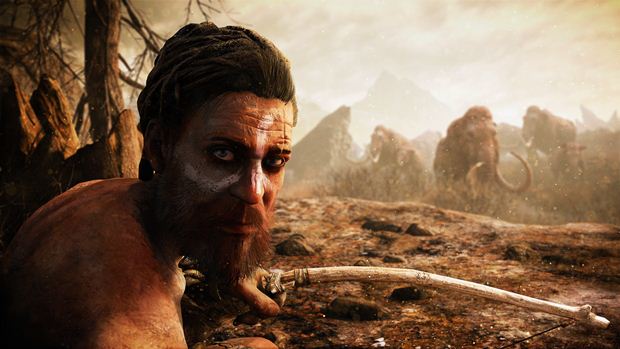 Takkar is the main character and the person players will step into the shoes of. Other human characters include ULL, who is a leader of the Udam tribe. ULL has been severely scarred thanks to wars against other tribes that have used fire. Despite his injuries, he’s an imposing figure. Another character is Batari. Batari is a female leader of the Izila. While she is arrogant and harsh, she is also looked at by her people as a savior who has made the tribe a successful agrarian culture.

Tensay is part of the tribe that Takkar belongs to, called the Wenja. Tensay is basically the Wenja shaman and he is often seen chewing various mind altering plants. Sayla is another Wenja that is a gatherer rather than a hunter. Her village has had run ins with ULL and his tribe. There are a number of other characters that have not been named or released yet but will make appearances in the game both as allies of Takkar and as enemies who are bent on killing him.