Fear Effect: Sedna Is A Revival Of The Classic Game, Now On Kickstarter

Fans of the original games should enjoy this. 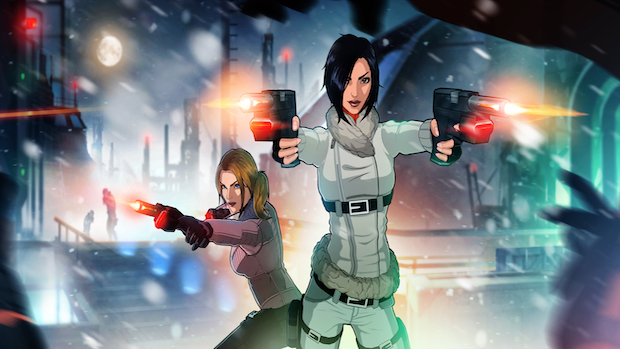 Indie game studio Sushee have put up a new Kickstarter for Fear Effect Sedna, a revival of the classic games, which will use a tactical isometric camera, as well as real time combat, and replicate the experience of a party based RPG. If that sounds like something you would be interested in, you can hop on over here and donate- the Kickstarter has a goal of  €100,000.

Discussing the decision to stick with the isometric viewpoint, Sushee noted that it was out of a desire to do justice to the original games, and to allow for a party based dynamic during general gameplay, and storytelling.

“The original Fear Effect games focused on harrowing camera angles and the feeling of loneliness to create a nerve-racking atmosphere. But the story, the characters and their relationships are a huge part of what made the game such a classic. Fulfilling a mission together, they will interact a lot, and not only during cinematic cutscenes, but also while you play.

“Considering all this, we opted for the isometric view, allowing to see every character any time; and the tactical approach, though in real time, allowing us to create situations and reactions to the protagonists’ behavior.”

So- fans of the original games, it looks like this new game will be something right up your alley. Stay tuned for more coverage.