Eduardo Ramírez, CEO at Green Lava Studios on what to expect from this Costa Rican action platformer.

Fenix Rage is a2D action-platformer which is under development at Green Lava Studios, a Costa Rican games studio. The game will test out player’s ability to run and dash their way through a series of puzzles and obstacle with a ton of different enemies alongside vivid landscapes. GamingBolt got in touch with Eduardo Ramírez, CEO at Green Lava Studios to know more about this title. Check out his response below.

Rashid Sayed: Before we begin, can you please introduce yourself and the company you work for?

Eduardo Ramírez: I´m Eduardo Ramírez, CEO at Green Lava Studios, but since we are only 3 guys in the studio, that title is kind of a joke. I do the programming and game design. Our studio is based in Costa Rica and the team has been working together for 3 years now by the power of coffee.

Rashid Sayed: The game has been described as frustratingly addictive. Is it safe to assume that the game will be tough and challenging?

Eduardo Ramírez: Oh yes it is! We are building a very challenging, fast-paced and very funplatformerfor our first major game.

Rashid Sayed: How many different missions or levels will the game have?

Eduardo Ramírez: We have more than 200 levels in Fenix Rage. There are different goals to beachieved in a level: getting a cookie, receivinga yellow star by going through the fastest path (time breaking records) and some different extra stars we are currently working on. 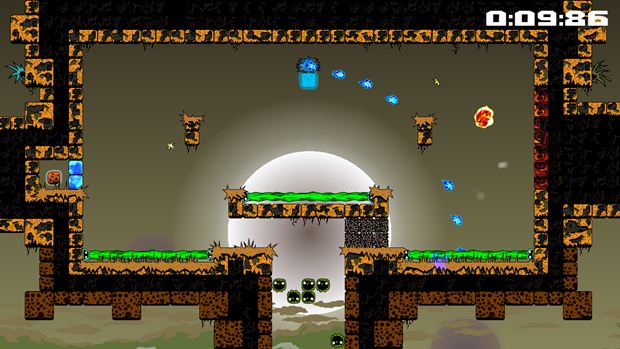 Rashid Sayed: Given that there are a ton of 2D platformers out there, how are you approaching the level design in Fenix Rage?

Eduardo Ramírez: We are focusing on changing the strategy and thedifficulty of eachlevel a lot. One major change from other 2D platformers is that you have unlimited dashing and unlimited jumps – technically, you could float as long as you want. This makes the level design very interesting and we’re making very short levels to huge levels. They can be based on timing, quick reactions, patience or finger endurance (Yes, at some point your hand muscles will tested out!)

Rashid Sayed: What kind of different abilities or skills with the player have in the game?

Eduardo Ramírez: The player will start with all the powers from level one, this means that you will get the unlimited jumping, unlimited dashing and the ability to ignite the main character into flames in order to break ice blocks. We want the player to master the play mechanics so the challenge depends of the vast variations of level design.

Rashid Sayed: How are you making sure that the game has enough replay value?

Eduardo Ramírez: For each level, there are 4 challenging quests. This means that to complete the level at 100%, you have to at least play the level 5 times with totally different goals. We’ll also have a number of achievements and some extra fun modes as well.

Rashid Sayed: Are there any plans to bring the game on the PlayStation Vita? This does look like a game that could do well on the platform. 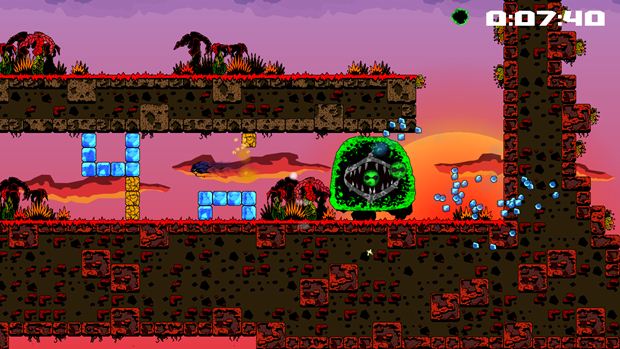 "[On PS4 and Xbox One] First of all, it is a like a dream come true. I still need to work more time with them to notice any differences; at the moment both are powerful as we expected."

Rashid Sayed: The game does not look like it is using too much of the PS4 and Xbox One’s resources. Are you guys pushing for 1080p and 60fps?

Eduardo Ramírez: Yes, the game will be 1080p at 60 FPS. Since this is our first title on PS4 and Xbox One, these console platforms are new for us and we still need to look to figure outdetails for each system. We can decide what features could work good for the game on each platform.

Rashid Sayed: What are your thoughts on developing on the PS4 and Xbox One? How different they are from each other?

Eduardo Ramírez: First of all, it is a like a dream come true. I still need to work more time with them to notice any differences; at the moment both are powerful as we expected.

Rashid Sayed: As an indie developer, how different is each indie program offering from Sony and Microsoft?

Eduardo Ramírez: I can say that we are happy that we are getting support by being showcased as indie games in both platforms. Microsoft and Sony have been incredibly supportive to our indie development progress.

Rashid Sayed: Is there anything else you want to add before we take off?