A soft but a strong entry in the long running franchise.

In the last seven years, FIFA has come to dominate the gaming landscape. Not only is it now the (unsurpassed) master of its own genre, it’s also become one of the biggest brands for EA, overtaking even longstays like Madden NFL, and one of gaming’s biggest franchises in general.

This is because, unlike other sports or annual franchises, FIFA does not tend to rest on its laurels. FIFA constantly strives to reinvent, to recreate, to stay one step ahead. It’s always including something or the other that’s new, that adds a whole new dimension to the game and that makes this year’s edition an absolute must have even to those who already played the hell out of last year’s game.

FIFA 14 represents a bit of a slowdown from that trend. As this generation winds down, and the next generation looms ahead- with FIFA straddling both- it was, perhaps, evident to begin with that a lot of the biggest features would be saved for next year’s entry. This year’s entry is more under the hood, reworking the physics system, and slowing the pace of the overall game to make it less arcadey, more real. But there’s no one standout feature that immediately sets the game apart from last year’s installment. It’s still a great game, a solid football simulator, and the best in its class in terms of sheer breadth and scope, but it’s also best suited for those who haven’t bought FIFA for a couple of years now. 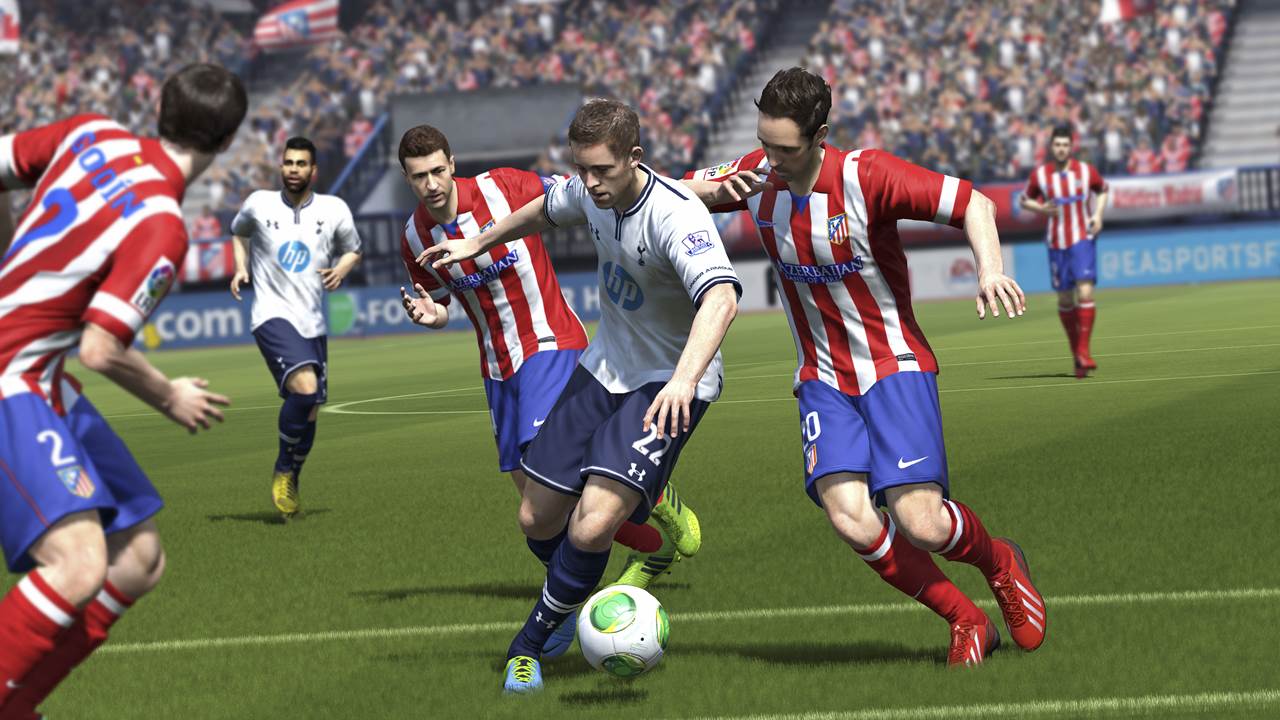 "The core gamplay has benefitted from some under the hood improvements, of course. Shooting is undeniably better this time around than it has been in the last few games, for example. Teammate AI is enhanced, and it allows for a much more realistic style of gameplay than FIFA has ever delivered before."

Of course, everything that you like about the FIFA games is still here- the staggering amount of modes or licenses, for example, or the sheer number of modes that address just about every playstyle that you would care to think of. The core gameplay, which still remains as fun and as easygoing as ever, even if it’s not as viscerally satisfying as PES’s more realism oriented style of gameplay. The game still feels like a living companion service to the football season, with stats, players, and news updating in real time, allowing you to keep tabs on the real football world, and making the game feel like it’s a part of a larger connected football ecosystem. Or the presentation and menus, which are as impeccably slick and awesome as always.

The core gamplay has benefitted from some under the hood improvements, of course. Shooting is undeniably better this time around than it has been in the last few games, for example. Teammate AI is enhanced, and it allows for a much more realistic style of gameplay than FIFA has ever delivered before. Yes, I know that’s the promise they make every year, and yes, they even deliver on that promise to a degree with the controls and the slew of new mechanics. But perhaps the biggest change ever comes from how your opponents react on the field. They’re much more aggressive in being defensive, and some of your more unplanned attacks will be met by stiff resistance, that might turn the tides on you in the field.

This slows the pace of the game, and makes it a bit more tactical than FIFA has ever been. It’s no longer the twitch shooter equivalent of a football game- you have to actually stop for a split second and think about how you plan on approaching the opposing goal, or the counterattack will take the wind out of your sales. Mind you, that doesn’t take away from the distilled fun that FIFA provides, but it does mar its pick up and play nature a bit. The trade off is that the gameplay feels a bit more satisfying (although it doesn’t feel as satisfying as PES’s core gameplay does). 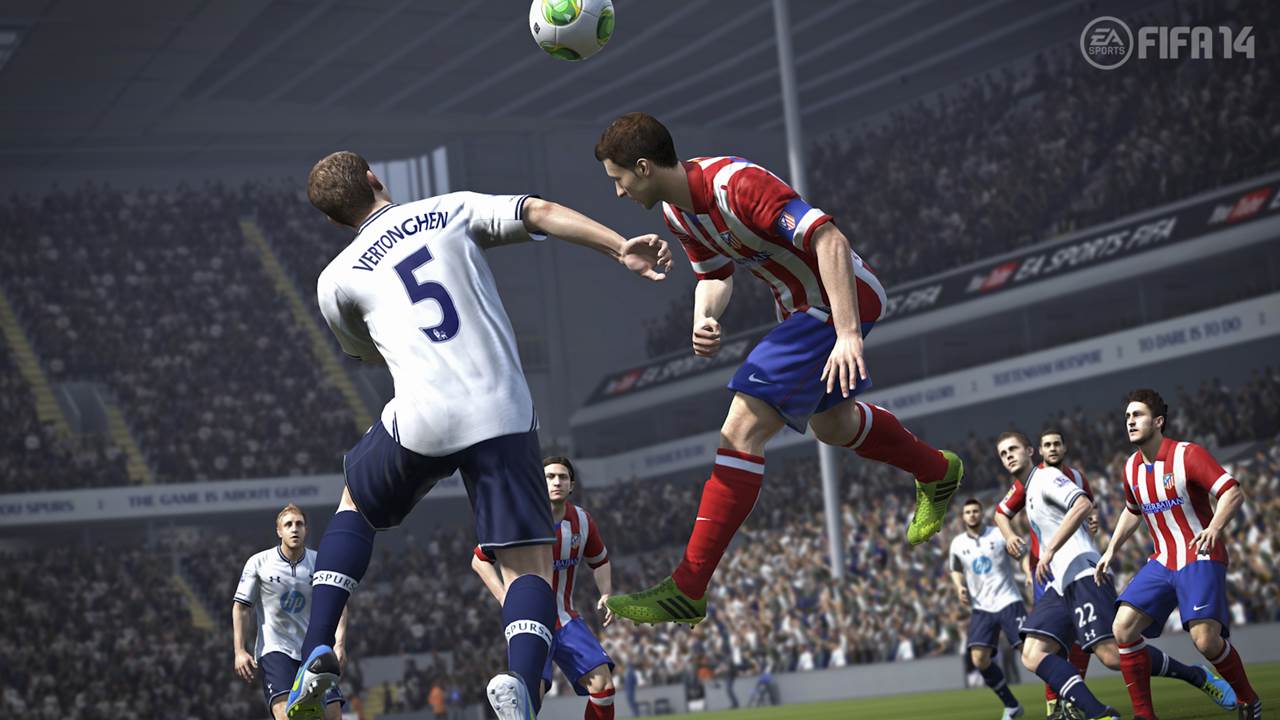 "Outside of the on field gameplay, too, FIFA remains largely the same. All the modes return, and again, there's an incredible amount of them, hugely varied. They're all as great as ever, and they've all been refined, so expect the same excellence from them this year that you get every year."

All of this is supplemented by improved physics, that govern not just the players- shifting your weight or momentum too much can lead to loss of control of the ball, allowing someone from the other team to take possession- but also the ball, which reacts more realistically to collisions, bumps, and kicks than before, and, along with the player physics, leads to a more authentic experience on the field.

All of this- the new AI and the new physics- is complemented by the new Pure Shot shooting system, which is basically an improved shooting system, that allows players to adjust the angle and trajectory of the ball when they shoot it by adjusting their own motion. It’s really subtle, and really streamlined, but it makes a lot of difference in gameplay, particularly when it works in tandem with the new physics and AI.

So yes, FIFA 14 plays differently, but it’s a very subtle difference, and, depending on why you get FIFA in the first place, might not be for the better for you (after all, if you wanted a more ‘realistic’ football experience, wouldn’t you have just gotten PES?); at its core, however, it remains fundamentally the same game as it was last year. This isn’t necessarily an issue, considering just how great FIFA 13 was mechanically, but if you were looking for the same slew of mechanical changes that characterize every FIFA release, you’re probably going to be disappointed with this one.

Outside of the on field gameplay, too, FIFA remains largely the same. All the modes return, and again, there’s an incredible amount of them, hugely varied. They’re all as great as ever, and they’ve all been refined, so expect the same excellence from them this year that you get every year.

The only mode that sees some changes is Ultimate Mode, and the changes here are twofound- the new interface, which resembles the Xbox ‘Tiles’ interface, actually feels like a perfect fit for the mode and the sheer amount of information that it tries to convey at once. The other change has to do with how the mode plays: Chemistry Styles essentially lets you assign a ‘class’ to your players, which affects various play attributes and stats. It’s actually fairly neat, as it builds up over time, and allows you to assign each player a more specialized role. It’s the kind of change you simply can’t go back from, and if Ultimate Team is your primary method of consuming FIFA, then yes, yes, FIFA 14 is an essential upgrade. 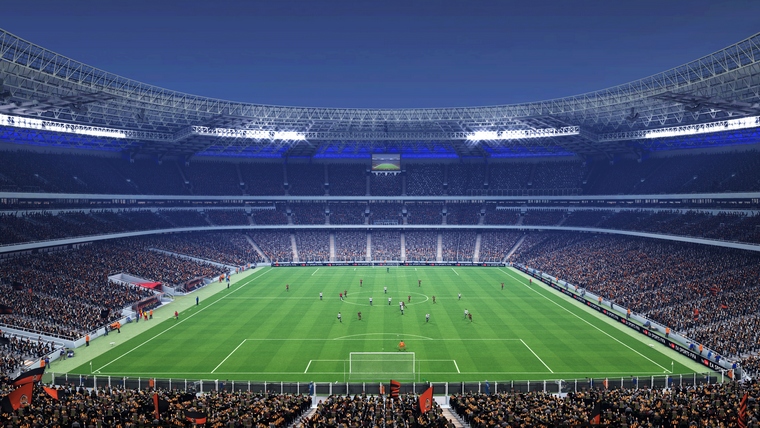 "FIFA 14, then, is a soft update. As the last FIFA game made for this generation of consoles, it makes sense that it stands as the culmination of seven years of FIFA evolution. But at the same time, it is hurt somewhat by the lack of a new defining feature. It's still a great game, it's just not the standout game you expect each year."

A similar change has been made to the Career Mode, where you won’t get a player’s overall rating from the get go- indeed, it demands that you scout more extensively, and only after some continued scouting do you get the Overall Rating for any given player. This undoubtedly slows down the recruitment process from before (where you just sent out scouts, and then picked the players with the highest rating), and for many, that might be a deal breaker. But for those who want more depth from the Career Mode, this is undoubtedly a welcome change, as it requires more thought and planning on the player’s part.

One area where FIFA 14 disappoints is, surprisingly, the graphics, and this sticks out even more this year in particular because the Fox Engine powered PES 2014 looks like a title that wouldn’t be out of place on Xbox One or PlayStation 4. FIFA 14, on the other hand, looks a bit dated in comparison, and jarringly obsolete next to PES. The overall presentation is still top notch, make no mistake- everything from the camera angles, to the crowd’s cheers, to the commentary, the scoreboard, the animations, the menus, everything- just the graphics themselves feel dated. Maybe the Xbox One/PS4 versions will look better, but as it stands now, PES 2014 is undoubtedly the better looking game.

FIFA 14, then, is a soft update. As the last FIFA game made for this generation of consoles, it makes sense that it stands as the culmination of seven years of FIFA evolution. But at the same time, it is hurt somewhat by the lack of a new defining feature. It’s still a great game, it’s just not the standout game you expect each year. It’s the most well rounded, most appealing football game on the market- PES has it beat in graphics, authentic mechanics, and depth, but FIFA more than makes up by not being too shabby on those fronts itself, in addition to a staggering amount of game modes and licenses- but this is the game you pull out at parties and play with your friends.

By all means, buy it. It’s still a great game. It’s just better recommended for those who’ve skipped the last couple of installments.

The core gameplay is just as good as ever, complemented by subtle enhancements made to AI and physics; the changes to Ultimate Team and Career Mode lend them more depth; the ultimate culmination and refinement of seven years of FIFA evolution

Graphics look dated; no real standout new feature; gameplay hasn't seen very many changes from last year; new, slower pace of the game might not appeal to a portion of the FIFA fanbase

Final Verdict:
SUPERB
In spite of the lack of a standout new feature, FIFA 14 is a great game that remains as fun as ever.
A copy of this game was provided by Developer/Publisher/Distributor/PR Agency for review purposes. Click here to know more about our Reviews Policy.