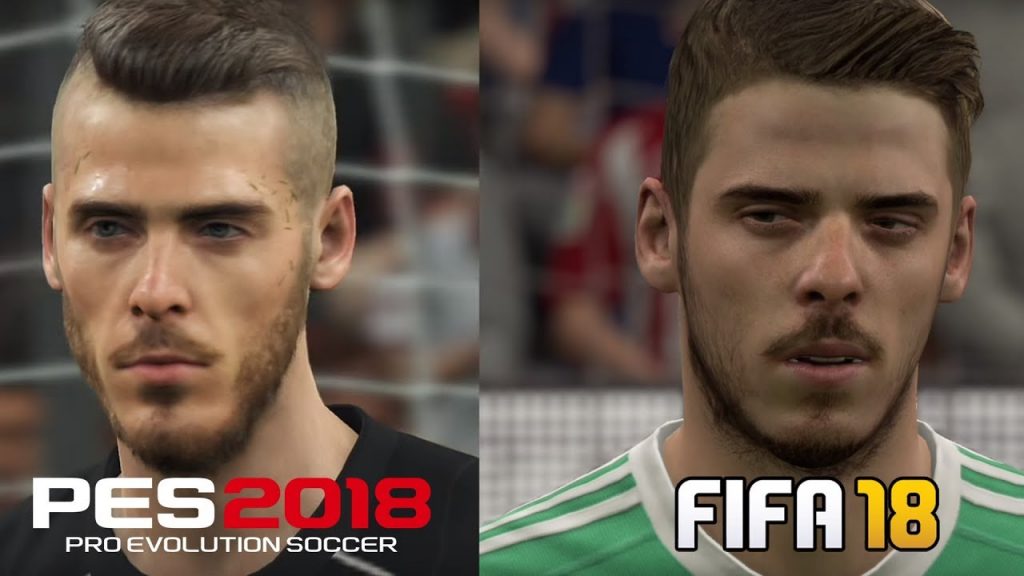 So, we recently got hold of the PS4 versions of both games and ran them on the PlayStation 4 Pro. Both versions render at native 1080p resolution and run at a smooth 60 frames per second. The on field action looks largely similar in both games, however, just like last year, the biggest difference comes in the form of lighting and shadow quality, with FIFA 18 taking the lead once again. However, the difference is reduced this time with the developers making impressive improvements in the FOX Engine’s lighting support for the Pro Evolution series. This results into better looking character models and skin shaders compared to last year’s iteration.

However, when compared side by side, FIFA 18 takes the lead with better skin shader quality, better looking character models, realistic cloth simulation and beautiful tress effects. Seriously, the tress effects in FIFA 18 are a sight to behold and this is all down to Frostbite’s strong support for physical based renderer pipeline.

If there is one area that Pro Evolution Soccer excels, then it has to be the on-field animations. Players’ reactions look authentic and much more realistic compared to FIFA 18 whose players seem like sliding around at times.