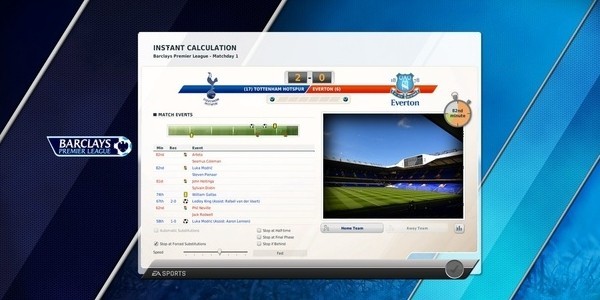 Now, I don’t really find FIFA Manager as good as SEGA’s Football Manager, but there are quite a lot of improvements in this year’s version. These games are usually not the easiest once to get into for obvious reason, but considering that I’m a big football nut, and there are plenty of others like me, it’s also not a surprise why these games are so much popular. It’s a yearly affair, often featuring significant improvements like its other FIFA counterpart. FIFA Manager 12 offers you more of the same, along with a little added flavor, but boy is it good.

These games can be such a time sink sometimes, and you know what? You can’t blame yourself because it just brings out the football lover in you. You always hear fans say, “Omg, he should have done this, done that” but hey, here you go, take this game called FIFA Manager and show what you’re capable off. And it works. Time flies.

This year’s iteration features a lot of core improvements to the user interface and other vital parts of the game. Even the shallow part which you have no control over features some great improvements. 3D crowds, and overhauled visuals, but that’s really not where you’ll be spending most of the time on. It’s the superficial things like boxes and text. It may look boring to someone who has never played these types of games before, but for a football fan… its nirvana.

Even though you’re experienced or have a lot of football knowledge, there is a high learning curve here. It’s easy to get confused. You need to spend a lot of time with the game to get the most of it. But hey, you already know what to expect here, right? They’ve actually added a better tutorial mode here; better as in, life saving for newcomers. You’ll appreciate it. You have to. Once you start thinking like a manager, you’re good to go. You can choose to join any club here, big or small, and play alongside some of the best in the business. And maybe even out-think them. 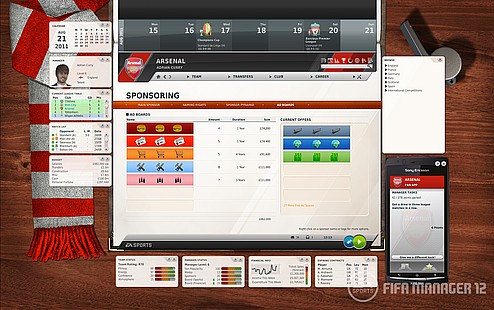 There are 41000 licensed players here, and some of them look strikingly similar to their real world counterparts. There are a lot of modes here as well, ranging from, The Player Manager and National Team Manager mode, the Create-a-Club mode and it also features a comprehensive editor. You can choose how you look, wear that fancy suit like Jose Mourinho or just be silent and behind the scenes. There is an assortment of difficulty settings for you to choose from – semi-professional, International Footballer and so on. Let’s get to the meat of the game – Transfers.

You know how this works. You can be Arsene Wenger and sign the most obscure of players, and turn them into surperstars or just use your cash to buy any big name you see. It won’t be that easy though, but in this game there is a higher chance for you to signing a player because there won’t be any agents making your life miserable by adding exorbitant fees for you to get the player. This was an issue with the previous FM games, but here, phew… it was a much needed a change.

You can motivate your squad during training that affects your popularity as well. Say defensive things and let them off the hook, or put their career in danger. Whatever you do has a slight impact on the game. It’s really hard to say some harsh things, because as I said earlier, you will be immersed into this game and think like a manager. I try to be as nice as possible, but that’s just me.

You can also issue a lot of commands in-game. There will be a plenty of options in the lower left corner from which you can select orders. It expands, so you have to be quick with it. You can tell your team to defend, choose passing style or just tell them to be aggressive, it works as intended. Of course, you need to spend some time with the game, to know which actions do what without hovering your cursor over it. 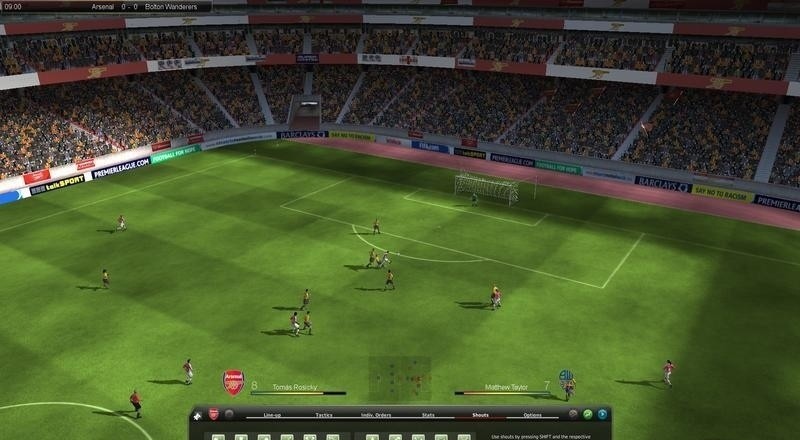 Your performance will be reviewed, of course. What did you think? Once you have managed to please the board of directors, expect some love later. But it goes the other way too. Isn’t that how it works in the real world? *gasp* If you perform poorly, it doesn’t matter that much, and is also based on the difficulty. There is a high learning curve here, so you better learn some keyboard shortcuts. But overall, the UI is nicely designed.

It’s a great game if you always wanted to be a manager of a club. This game will give you all the tools necessary for world domination, so learn it well and there will be a few smiles later. Guaranteed.

High learning curve. Time consuming (can be a good thing). The 3D football action is average. Yearly formula which can get a bit stale.

Final Verdict:
GOOD
It’s a great game if you always wanted to be a manager of a club. This game will give you all the tools necessary for world domination, so learn it well and there will be a few smiles later. Guaranteed.
A copy of this game was provided by Developer/Publisher/Distributor/PR Agency for review purposes. Click here to know more about our Reviews Policy.