The Norse mythology presents a rich tapestry of stories, events, and characters that has served various forms of media over the years excellently, and Zaxis Games’ upcoming action adventure Fimbul looks to be next in line to do that. As a story-centric graphic adventure game mixed with action adventure combat and exploration elements, it’s looking to set itself apart from the crowd, and it’s looked like an intriguing prospect ever since its announcement earlier last year. That said, we haven’t heard much of the game since then, so to rectify that, not too long ago, we reached out to developers Zaxis Games with some of our questions about Fimbul. The following questions were answered by Søren B. Jepsen, concept artist, comic book artist, and writer for Fimbul. 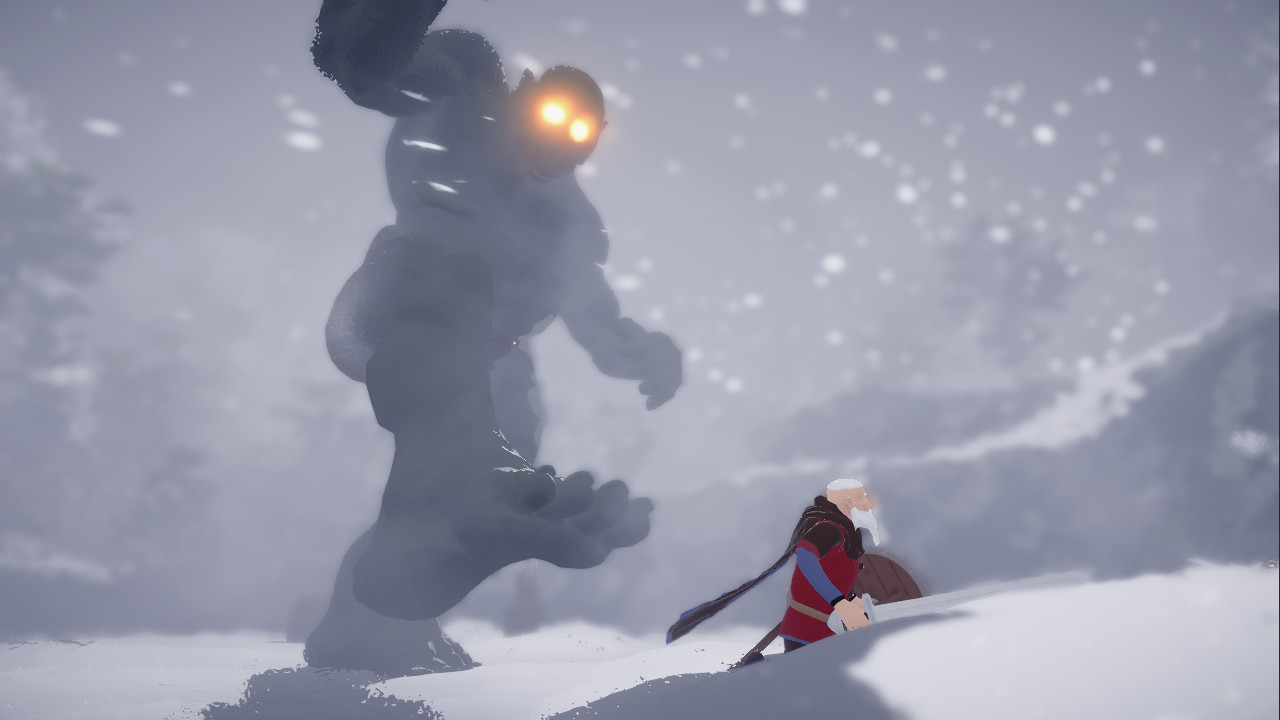 "We are heavily inspired by the old Icelandic sagas and we want to tell our own story in this context."

The game is described as a “comic book, action adventure” video game. What can you tell us about these different elements in the game?

Well, Fimbul consists of three parts: exploration, fighting and story. Exploration and battle take place in-game. When there is a need to push the story forward, give a quest or when the player is faced with a dilemma, the comic book takes over.

The Exploration part- Although the levels are relatively linear, there are hidden areas with clues and encounters that might change the players perception of some of characters they meet throughout the game.

The player will have to make some tough decisions based on those perceptions. There are also puzzles to be solved to progress in the game.

The Fighting- It is designed to be fun and satisfying to fight in Fimbul. It is hack and slash. But there is  progression to the fighting system.

The comic- The comic is where we tell the story and link the story to what happens in-game. And when the player has to make a choice, e.g who lives or die, it will take place in the comic. Other times we use the comic book to set a scene, whether a battle, a dilemma, a puzzle etc., then the comic book will either start or end the scene.

We’ve learnt that the protagonist will be an old Berserk. What can you tell us about the character as far as his abilities and place in the lore are concerned?

When the game starts Kveldulver is an old man. His body is withered and his hair and beard is all white. But there are still some fight left in him.

Kveldulver has to go on one last adventure, and this time he will go all the way to Jotunheim – the home world of the Jotuns (giants.) Kveldulver has been caught up by his own past, and with a sword in his hand he has to fight Vikings, trolls and Jotuns to fulfil his destiny.

Under the tree of life, Yggdrasil, sits the three Norns, Urd (past) Verdandi (present) and Skuld (future). They are the ones who decide everyone’s fate and weave the lifestrings for all. Because of the Jotuns and their insidious plans, The Norns gives Kveldulver the opportunity to change his lifestring.

Is there any particular reason why you chose to use a comic book format to present the game’s story?

The comics in Fimbul are not one long-running feature but rather independent sequences of drawings of different lengths supporting the in-game narrative. Each sequence has its own start and end.

Some of the comics are just a single image, others are significantly longer. But each one has the same format. The comics are presented as a sequence on the screen and the player can then click through the elements of the comic revealing the story. 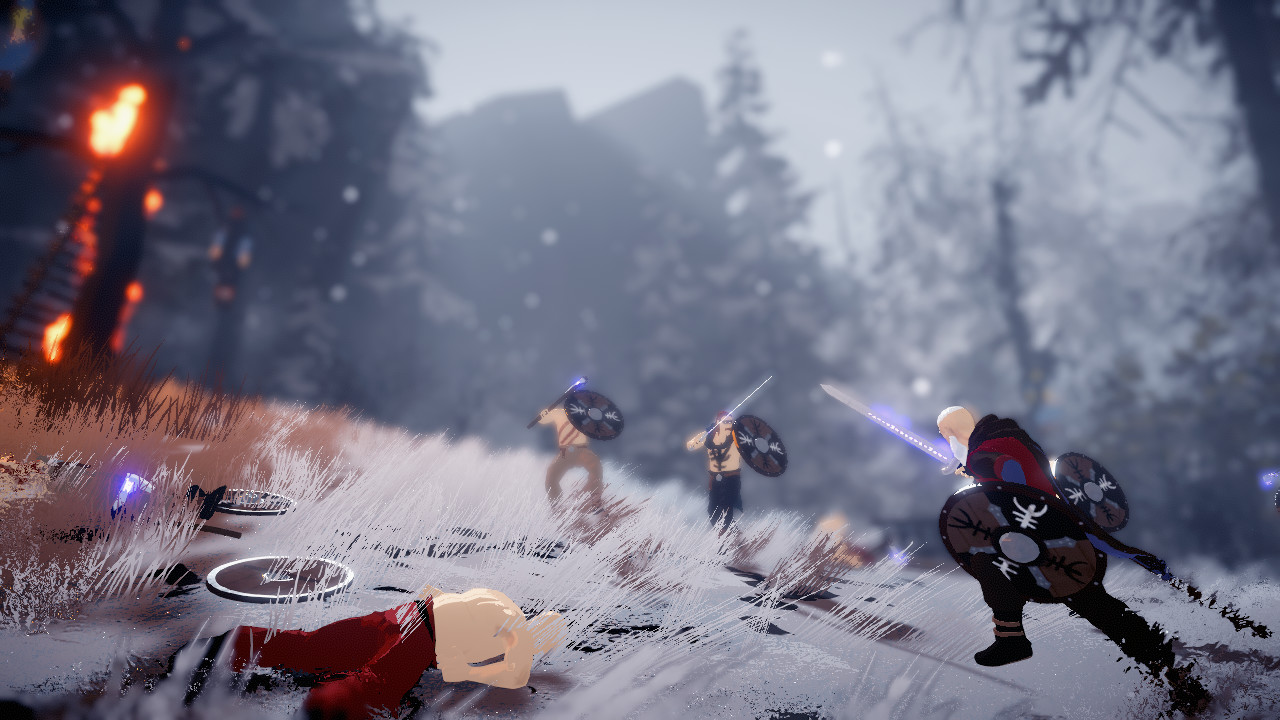 "The choices the player makes have consequences."

On that note, will the player be able to make any story decisions?

Yes, and as I have mentioned before all of these decisions/choices are done inside the comic book. The choices the player makes have consequences. But these consequences can be changed on the Lifestrings. It is up to the player to decide what kind of viking they play as.

What can you tell us about the Fimbul Winter, and what role it plays in the story?

Fimbul is the name of the winter that precedes Ragnarok – the end of the world. Fimbul is a winter that lasts for three years without summer. It is a cold and dark time where old scores need to be settled. Brother will kill brother and everyone will do their best to secure their spot in Valhalla.

The Fimbul Winter is a mythical time in Nordic mythology. It is a desperate time. The Fimbul Winter is a great scenario for telling our saga about Kveldulver, the old berserker, who has been caught up by his own past. We can both tell about the conflict between Kveldulver and his half-brother Knut, and at the same time letting the magic come alive, trolls, Jotuns ect.

What inspired the unique art style that we see in the game?

The inspiration for the Art style comes from both other games and comics. For games I can mention games like Journey, Rime, Telltale’s the Walking Dead. These are games that, with a strong and consistent art style, create a great atmosphere. We wanted something similar for Fimbul.

The inspiration for the comic came from a lot of different comic book artists, don’t get me started. But we were very much inspired by old newspaper comic strips. For example Tarzan, Prince Valiant etc. Because here each strip stood for itself, but was still part of a continuous story. We used the same principles for the comic in the game.

In the making of Fimbul, sometimes the in-game art style inspired the design of the comic, and conversely, the comic could affect the in-game / level design. It became clear that we needed a common colour scheme. Inspiration came from the actual Viking era colours. The biggest challenge was to limit the palette.

The old comic strips were mostly only printed in 4 colors. We decided to do the same for the comic book in Fimbul.

There are a lot of effects in the in-game part of Fimbul, such as light, shadow, volumetric light etc. But both In-game and comic book uses the same colour scheme.

What will the combat system be like in the game?

We want to keep the fighting as accurate as possible. For example, axes are good against shields, swords against flesh, shields are something you use up and throw away etc. There are a progression to the fighting system for both weapons, combos and special moves/abilities, which should keep the fun in fighting.

The player will be able to choose whether to fight with Axe, sword, spear, two weapons or with shield. Weapons will always be available on the battlefield.

As you progress through the game you will unlock special moves/abilities which will be available by filling the “Rage bar”. These abilities can be either health, a heavy ground strike, a call for help (supporting Vikings) ect. Some of these abilities are linked to Kveldulvers past and the story. 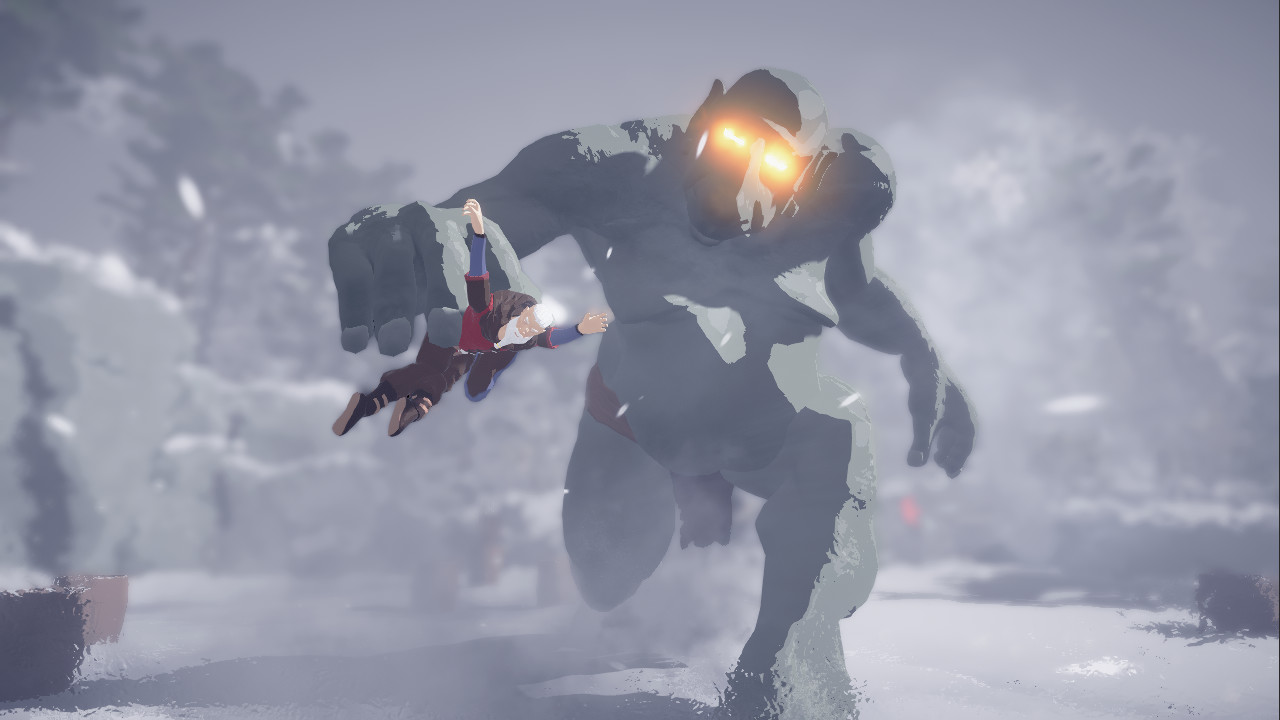 "The end game is heavily influenced by the choices the player made getting to the end. We call this a Lifestring."

The story will unfold as the player progresses in the game and may or may not influence on the choices one have to take.

The game autosaves all events on a string, splitting the string whenever the storylines splits up. This makes it easy for the player to see storylines and try new possible combinations. The end game is heavily influenced by the choices the player made getting to the end. We call this a Lifestring.

The Lifestring feature allows the player to move back and forth between the autosaves. In this way, the player can go back and change choices without losing any progression. When a autosave is received, the player can always re-enter it.

Depending on the overall better hardware on Xbox One X or PS4 Pro, of course on these current generation consoles there will be the best performance. But for us as developer, it was important, to create an independent cross platform player experience.

User management on Xbox is a bit more complicated than on PlayStation but on the other hand is the Xbox a little bit more powerful.

The Switch controller touchscreen has a 720p resolution and goes up to 1080p output in TV mode when docked. But we tried to keep stable 30fps in both of these play modes.

Everyone expects even more powerful hardware. But I’m much more excited about whether Microsoft followed a different path with the focus on game steaming and subscribing model. 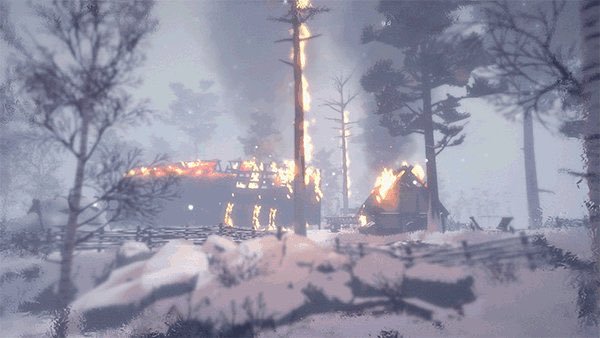 "The Switch controller touchscreen has a 720p resolution and goes up to 1080p output in TV mode when docked. But we tried to keep stable 30fps in both of these play modes."

Epic did it with Fortnite. Why shouldn’t it work with other games? But this decision doesn’t have to be made just on a technical level.

From a developer’s standpoint, we do not have to deal with these issues in our current games, so it doesn’t really concern us. Being avid gamers ourselves, from that perspective: As long as it is made absolutely clear what you will get for your money, and these items are purely cosmetic and not P2W or something similar – honestly, we do not see that big a problem with it.