Nintendo’s fabled series hits the 3DS, and manages to subvert every expectation along the way.

In the process, they have also crafted what may well be the greatest RPG to have come out of Japan in a very long while now, and what is undoubtedly the biggest asset the 3DS’s library has right now. Considering the system has been home to such killer apps as Super Mario 3D Land, Resident Evil Revelations, and Kid Icarus: Uprising, it is no small praise to say that Fire Emblem Awakening not only stands head and shoulders with them, it far surpasses them. Perfect in its intricacy and elegant in its simplicity, it is one of the deepest and most satisfying experiences you will have on any system, console, handheld, or PC, this year.

But you know what, let’s dial back the perceived hyperbole for a second, and try to work this the other way around. So Fire Emblem: Awakening is great. Good. What exactly makes it so good?

That’s a loaded question, but the answer to that is simple and rather succinct: everything. Pretty much everything about Fire Emblem Awakening works in the game’s favor, as it takes the tried and tested series conventions and polishes them to pitch perfection, while also maintaining the brutal standards of difficulty that the games are known for.

At the same time, it also manages to be the most accessible game in the series yet, by offering newcomers options that ease up the experience greatly and let them enjoy the experience at their own pace. Finally, in addition to all the established series conventions that Awakening so masterfully employs, it also introduces a host of new mechanics, all of which lend unprecedented depth to the gameplay. 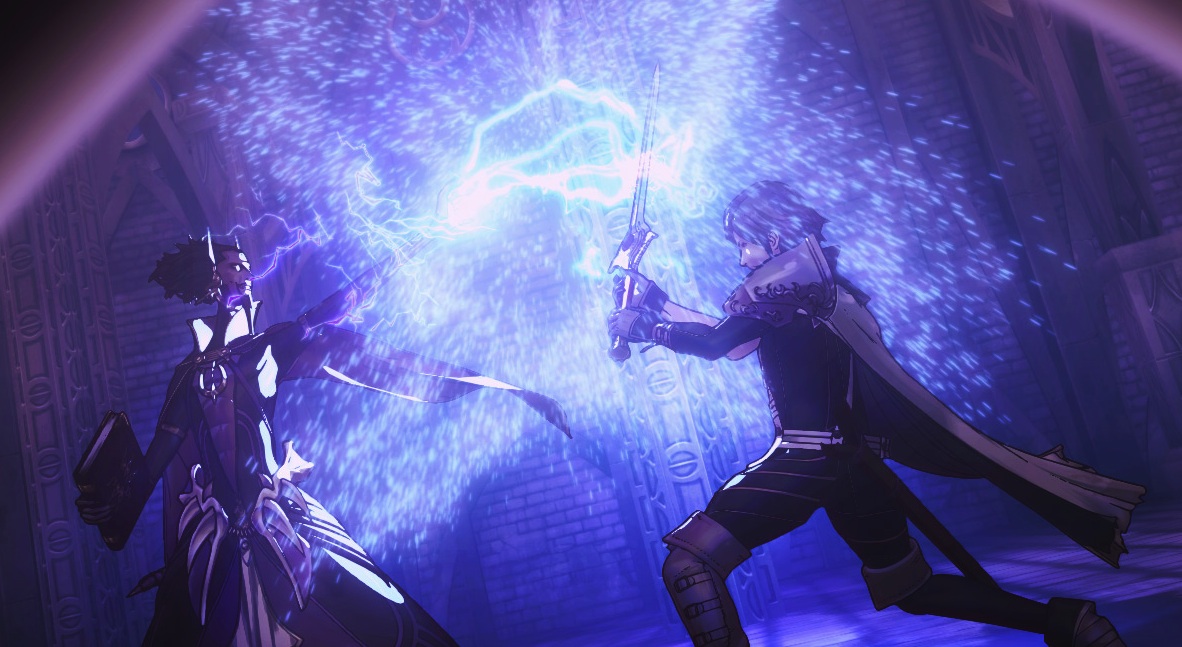 For the uninitiated- and thanks to Nintendo’s pitiful handling of the franchise so far, there’s a lot of you folks out there- Fire Emblem is a series of SRPGs, or strategy role playing games. Essentially, if you have played games like Final Fantasy Tactics, Tactics Ogre, or even Nintendo’s own Advance Wars, you know what you are getting into in terms of the fundamental mechanics. You control entire battalions (albeit one unit at a time), and take turns trying to rout the enemy.

Factors such as the terrain you are playing on, the type of unit you are playing with, the movement range allowed to this unit, the attack range allowed to this unit, his or her stats and class, his or her level, the weapon he or she is using, his or her proficiency with said weapon, any support that he or she might be getting from allied units, his or her chemistry with the units he or she may be receiving support from, the weapon the enemy’s units are using, along with reinforcements, the possibilities for critical hits, the equipment your units are carrying, and forts to consolidate your position on a map, all come into play when playing Fire Emblem: Awakening.

In addition, unlike most other games, Fire Emblem makes you seriously suffer the consequences for any choices that you might make. The series was one of the pioneers of the permadeath system, wherein any unit of yours that died during a battle would be dead forever, and it carries that same mechanic over into Awakening.

And make no mistake, your units will die. A lot. Especially if you don’t carefully plot out and plan each and every single one of your moves, while also leaving yourself with enough room to improvise in case your enemy pulls of something unexpected, or if there is something like a stray critical hit. Even if you do bring your A game to a battle, though, success is not always guaranteed, as Fire Emblem, breaking tradition from all other Nintendo games, is brutally hard.

The difficulty curve is insane, and a lot of the scenarios that the game presents you with are flat out lopsided in the enemy’s favor, that you can only negotiate with some very careful and thorough foresight and planning. It can often get frustrating, a few turns into the battle, to suddenly lose a few of your units; you are then faced with the choice of taking the hit (permanently) and moving on, trying to win the battle anyway, or resetting the game, and starting the chapter over from scratch.

If all of that sounds too intimidating and overwhelming (and let’s face it, un-Nintendo) to you, that’s because it is. It’s a lot to keep track of, and as mentioned earlier, the game has a brutal difficulty curve that does not make things easy. This is the reason that Fire Emblem has never caught on much anywhere in the world so far: its high difficulty level is far too alienating. 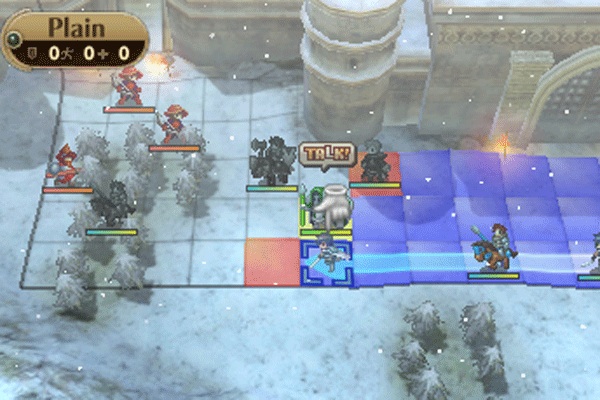 However, with Awakening, that changes. In a concession to new players, Nintendo has included a ‘Casual’ mode that is available to you at the outset. One of the chief differences that playing in Casual mode will net you is that there is no permadeath. Meaning that even if you lose a unit in battle, they won’t be permanently gone; they’re just unusuable for that specific battle, but they’ll be back for the next one. Think of it like your Pokemon fainting.

This immediately removes the biggest stress inducer from the game, and while many purists will balk at the notion of playing Fire Emblem without permadeath (and stick to playing it in ‘Classic’ mode), for someone who simply isn’t into SRPGs (or isn’t too good at them) this mode is a perfect way to experience the brilliance of the game without having to succumb to tears of frustration.

The best thing about this is, unlike other Nintendo games which are also made to appeal to casuals and hence end up dumbing themselves down so much that they become an affront to their loyalist fanbases, Awakening offers everything as an option. For the veteran player who would rather experience the full brunt of Fire Emblem’s fabled difficulty with the permadeath firmly intact, there is the Classic mode, as well as the option to select your difficulty level.

In addition to all the established mechanics, and the deftness with which it straddles the casual/core divide, Fire Emblem Awakening just does so much more so well. Its new mechanics are all home runs, for example, with the Romance system (yes, Romance in a Nintendo game) being the standout. Essentially, if you make two units fight in battle together a lot, their chemistry improves. If they are of the opposite genders, they eventually end up getting married, and even have babies. 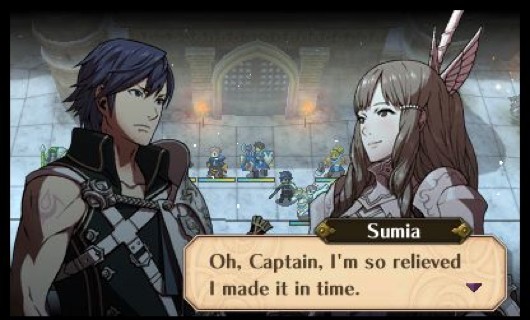 Unlike Bioware’s games, however, romance here actually has a gameplay purpose, as units with good chemistry can boost each other’s stats in the middle of a battle, can cover for each other when the other unit might be low on health, and can generally support each other in the thick of combat. Their babies also come into play, as when they grow up, they can be recruited to fight for the cause too.

And what exactly is the cause? Fire Emblem Awakening tells the story of a kingdom at war with its neighbors as they try and gain the fabled Fire Emblem that said kingdom holds. Unlike past games in the series, a bit of grey morality enters the equation, as we find that the kingdom we are fighting for may not necessarily be the paragon of virtue that we would expect it to be; that it might, in fact, have been the aggressor for the entire conflict.

It’s a good story, if nothing special, and Fire Emblem Awakening tells it well. The graphics are great, and the cutscenes especially deserve a special shout out. The music is absolutely gorgeous, and is worth playing with the volume cranked up to maximum. The voice acting (yes, voice acting in a Nintendo game) is mostly good, although some characters tend to succumb to stereotypical voicing (such as Chrom’s sister). On the whole, however, there is little cause to complain (except for the voice samples that are used in in game story events; these are limited, and tend to get annoying and grating after a while). 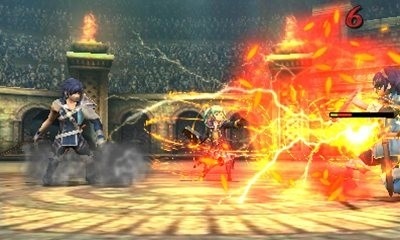 To top it all of, there is the incredible value that this game offers. At 25 chapters, this is already a long game to begin with and will easily take most players around two dozen hours to complete, if they focus mostly on the main quest. Doing the sidequests and the Paralogues will probably push that number up significantly. And then there is the additional content.

Fire Emblem Awakening gets free content over SpotPass periodically, including heroes from past games that you can battle, and extra weapons and gear that you can unlock; there is also paid DLC for the game (yes, paid DLC for a Nintendo game. This is sort of becoming a theme with this review), that unlocks entirely new quests and maps. There is also a multiplayer mode (although unfortunately, it is local only). Essentially, Fire Emblem Awakening can stay planted in your 3DS’s cartridge slot for a very long time to come.

It is a wonder of a game, a game that manages to have the depth, intricacy, and production values of a console game, and yet seems perfectly suited for a handheld. A game that is brutal and unforgiving, and yet accessible and inviting. A game that urges you to play just one chapter more, before you realize you’ve been playing it non stop since you charged your 3DS battery last, and now it’s about to run out of battery again.

Very few games achieve what Fire Emblem Awakening has achieved. If at all you have any appreciation for gaming of any kind, do yourself a favor and play this game. It is easily one of the best emblems for the entire medium that it represents.

The graphics, music, voice acting, characters, story, the depth and intricacy of the gameplay, the sheer amount of content on offer, the amount of thought and effort required, the Casual mode for newcomers, free content over SpotPass in addition to all the paid DLC

Lack of an online battle mode, voice samples might get grating for some people, the story is not extraordinary

Fire Emblem Awakening stands as one of the best representations of all that is good about gaming.