Fire Emblem Fates is a game that is actually three games in one, with different plot scenarios, different characters, different maps and different gameplay styles. While Birthright and Conquest make the player choose between bond and blood, between Nohr and Hoshido, between two sides of the same coin, Revelation lets the player make a third choice- side with neither, go underground and amass an army to fight against what we slowly come to realize is the actual threat of the game, the puppet master that has been pulling the strings for the last two episodes.

(Read our Conquest and Birthright reviews.)

Revelation’s way of answering unanswered questions from the stories of Birthright and Conquest is commendable.  As you play through the game, you realize that several major plot points had been left out of the base versions of Fates, and while the stories of Birthright and Conquest were self-sufficient in their own way, you will have a much better understanding and appreciation of them once you’re through with Revelation. 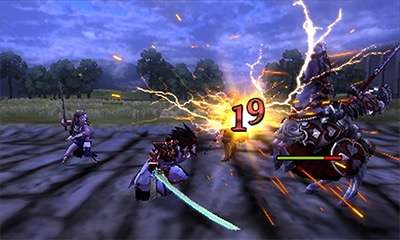 "Revelation’s way of answering unanswered questions from the stories of Birthright and Conquest is commendable. "

On its own, though, Revelation’s story is not quite up to the mark. It starts off very well, throwing the player in an extremely tough situation, giving you minimal resources and asking you to clear entire battlefields- so it gives you a sense of fighting against the odds, just like Conquest does, but as the cast of characters from Nohr and Hoshido start coming together throughout the later stages of the campaign, you realize that that sense of tension is gone, that the stakes don’t feel as high anymore. Because where Conquest and Birthright were dark fantasy stories with tragic losses and heartbreaking moments, Revelation is- more or less- pure fan service.

And don’t get me wrong- those fan service moments, of which Revelation has many, are great. Seeing the two warring nations of Hoshido and Nohr- and all the characters you saw and grew fond of in Birthright and Conquest– come together and mingle with each other is great, and these moments are brought to life with sharply written, witty dialogue. The fact that the game lets you pair all these characters with each other and build their relationships is even better, because it feels great to see these two families bonding with each other and helping each other out on the battlefield.

But the fact remains that the main narrative itself is mostly open and shut. There’s little here that will shock or awe you, and while you do get a deeper appreciation of the overarching story that all three versions of Fire Emblem Fates are trying to tell put together, I could not help but feel a little let down by how simple the story in Revelation turned out to be. It’s a satisfactory narrative that leaves very little unanswered, but that is the most that can be said about it. 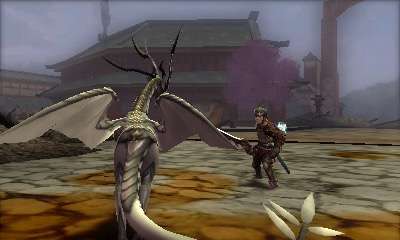 "In the end, what you’re left with is a game that is the perfect marriage between Nohr and Hoshido, between Birthright and Conquest."

On the gameplay front, for those who thought that Birthright was a little too easy and Conquest a little too difficult, Revelation serves as a perfect middle ground. The game starts off with you in control of barely four or five units, making you fight against entire battalions, and the difficulty certainly seems more in line with the Nohr storyline of Fates, but as the game progresses, you start amassing a whole lot of new units- add to that the fact that, like Birthright, Revelation lets you grind in between missions as much as you want, and you realize that as the story progresses, the challenging nature of the game also diminishes. Even with permadeath on, the second half of the game doesn’t feel like much of a challenge- for those that enjoyed the unforgiving yet fair nature of Conquest, this might be a bit of a letdown, but those who’re looking for a bridge between the islands of Conquest and Birthright will be happy with the middling difficulty of Revelation.

In the end, what you’re left with is a game that is the perfect marriage between Nohr and Hoshido, between Birthright and Conquest. A game that serves as a jack-of-all-trades, but master of none. Its story teeters off in the second half, but seeing all these characters come together is a rewarding and enjoyable experience. And while Conquest– with its sharp writing and challenging gameplay- remains the best of the three versions, if you’re invested in the Fire Emblem Fates universe, you definitely owe it to yourself to cap off the experience with the wonderful Revelation.

Seeing all the characters from Birthright and Conquest coming together is incredibly enjoyable; Answers a lot of big questions; Sharp writing.

Final Verdict:
GREAT
Fire Emblem Fates: Revelation works very well as a middle ground between Conquest and Birthright.
A copy of this game was purchased by author for review purposes. Click here to know more about our Reviews Policy.