Fire Emblem: Fates Wiki – Everything you need to know about the game

Everything you need to know about Fire Emblem: Fates 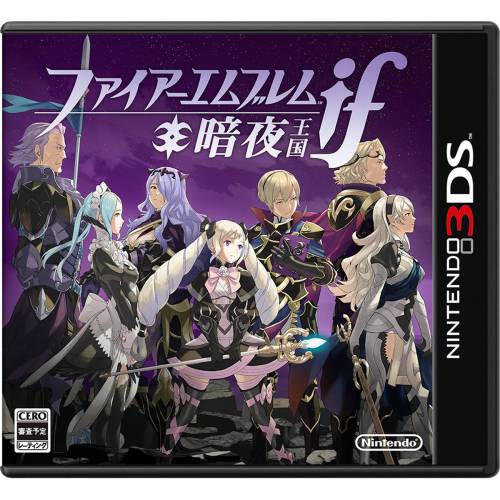 Fire Emblem: Fates is a tactical role-playing video game produced for the Nintendo 3DS by Intelligent Systems and Nintendo. The game was released in June of 2015 in Japan and is coming to North America and Europe sometime in 2016. The game is the fifteenth installment of the Fire Emblem series but only the second in the series that has been developed exclusively for the 3DS. The overarching story follows the protagonist, a customizable Avatar created by the player, as they are drawn into a war between the Kingdoms of Hoshido and Nohr, and the Avatar must choose which side to support. The game has actually had a couple of different versions and the stories take different twists and turns depending on which version of the game is being played.

Originally, Fire Emblem: Awakening was expected to be the final game in the long running series, but fans of the games made their opinion known loud enough that Intelligent Systems and Nintendo decided to make a 15th iteration in the series. The developers decided to do something a bit different with this title in order to make it worth the effort. That is why the developers actually put together a couple of different versions of the same game.

Wanting to play from both sides of a conflict and show both sides as neither good nor evil, the team decided to create multiple versions of the game. Initially, the plan was just for a choice between one kingdom or the other, but Yamagami wanted a neutral path where neither side was chosen, so a third version of the game was planned. The game’s Japanese title, “If”, came from the sheer amount of choices featured for players in the game. The English title “Fates” referred to the concept of the main character shaping and changing their fate by choosing a side. Despite the big plans for the game, the team realized that writing three separate storylines for Fates was going to be too difficult to do in house and they eventually went outside in order to hire more writers who could take on the massive writing needs of the game.

The game was announced as being available back in January of 2015 at Nintendo Direct and the release date of June in 2015 was marked out for Japan. The exact release dates varied depending on the version of Fates that a player wanted to purchase. At the same time the game was getting a release date in Japan it was announced the game was going to be coming to the Western part of the world sometime in 2016, though just when next year the game can be expected is not yet known. When the game was released for the 3DS in Japan, it garnered very good reviews with most publications. 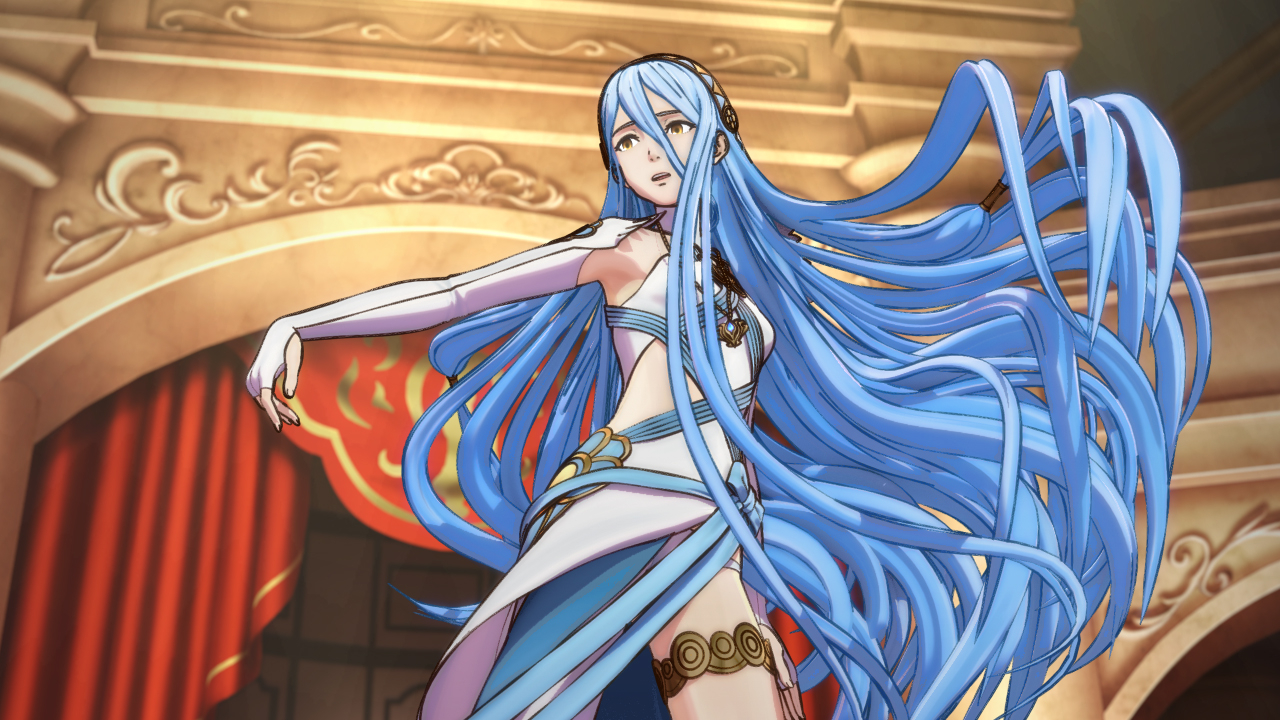 The story starts out with the Avatar having come of age and ready to head off to war. The player is sent by Garon on missions against the Hoshidan army but ends up fleeing to Hoshido after his/her companion Gunter is forced into a chasm by Garon’s assassins. During the aftermath of a number of battles that ensue when the Avatar is trying to make their way through the countryside, the player character comes across a legendary sword known as Yato. Eventually all-out war breaks out between the two great kingdoms in the game and in the opening battle between the two kingdoms, the Avatar’s two families meet and force the Avatar to choose between siding with Hoshido or Nohr. How the game unfolds after that is determined both by the choices made by the player and what version of the game the player is playing.

In the third version of Fire Emblem: Fates, the Avatar is directed down a path that see them reject both sides and is branded a traitor by both towns. The Avatar flees with a companion and the other story line unfolds where the players need to uncover who is the real traitor. Eventually in this third storyline, there is a chance to bring peace and prosperity to all the lands if the player is able to uncover the truth about a plot that is unfolding between the three kingdoms. 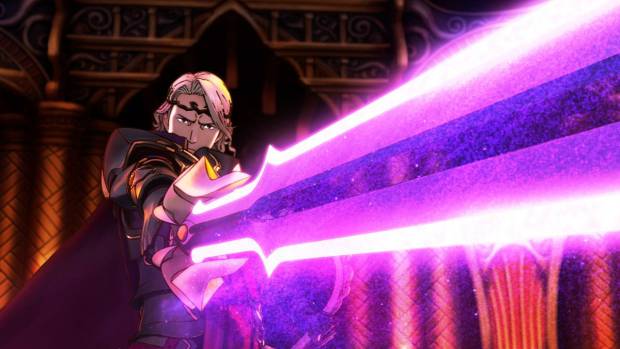 In Fire Emblem Fates, the player begins by customizing the main character known as the Avatar. Their gender, appearance, and name can be changed to the player’s preference. At the game’s beginning, there are three difficulties: Normal, Hard and Lunatic. There are also modes that dictate the fate of characters in battle should they be defeated. In Classic Mode, a fallen unit is subject to permanent death. This means that the characters that die in battle are removed from the rest of the game. Casual Mode enables units to be revived at the end of a battle. The new Phoenix mode revives units on the following player turn. The game has a single player mode but also features online multiplayer. The multiplayer mode has five maps as standard and random battles are played either with standard rules, or with special limitations.

In this game, both in single player and the multiplayer mode, battles take place on a grid-based battlefield, with turns being given for players and enemies. Each unit in the game moves within an area that changes in size depending on the character class. During an attack, the view transitions from a top-down perspective to a third-person view. Environments and terrain vary between levels, ranging from mountainous regions to flatlands. The ability to fight changes and you must adapt during battle to the different terrain. By building affinity in battle, additional actions such as an ascendant unit blocking an attack or attacking alongside the currently controlled unit will be available to the player. Outside battle, relationships between characters can be fostered to the point of marriage and children. These children’s appearance and abilities are determined by their parents and same-sex marriage is allowed in the game. 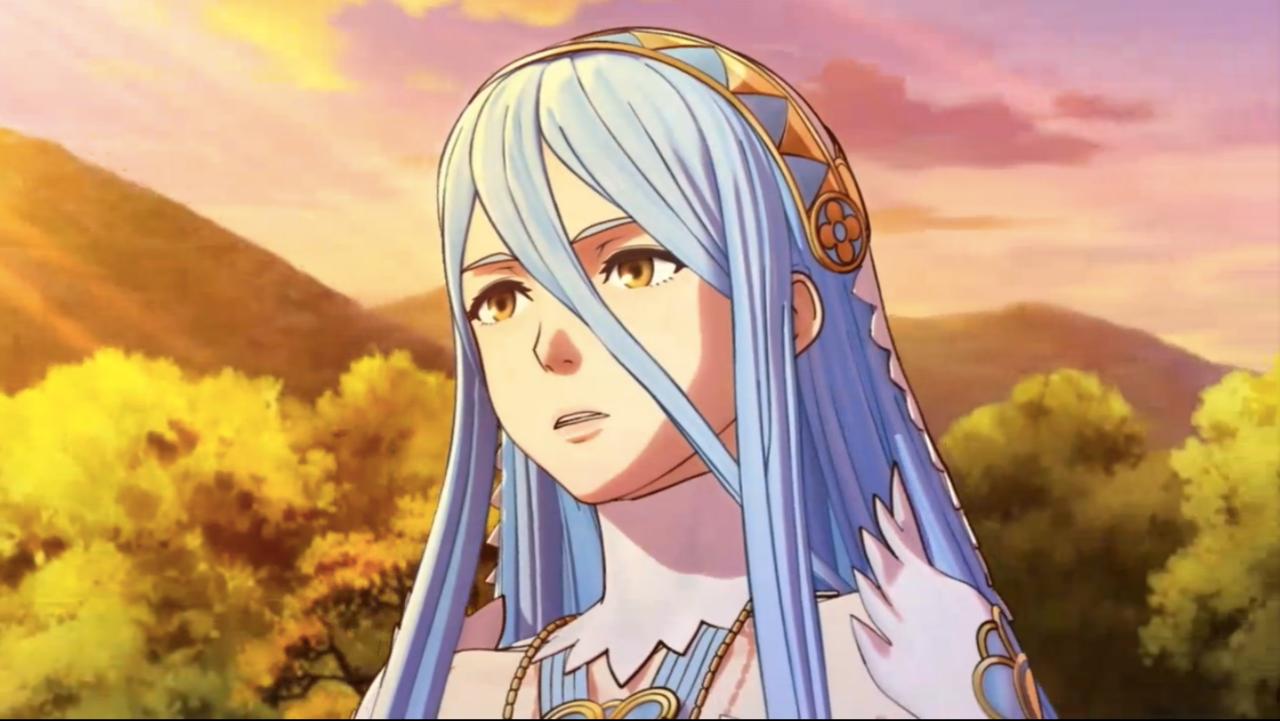 The main character is the Avatar, whose name, gender and appearance can be customized by the player. The Avatar is a member of the Hoshido royal family, but while they were young they were captured by the Nohr. The Avatar has many abilities in battle with the most notable being the ability to transform into a dragon.  The other central character is Azura, a member of the Nohr royal family who was taken in by the Hoshido as part of their efforts to rescue the Avatar. The main characters among the Hoshido include the Avatar’s brothers Ryoma and Takumi, who wield the Legendary Weapons of Hoshido, the Raijin Katana and the Fuujin Bow, respectively, and their sisters Hinoka and Sakura. The main characters from the Nohr side include the Avatar’s adoptive brothers Xander and Leo, who wield the Legendary Weapons of Nohr, the sword Siegfried and the tome Brunhilde, respectively, and sisters Camilla and Elise, and their guardian Gunter. There are dozens of other NPCs that will be encountered in the game.