Friday the 13th: The Game Wiki – Everything you need to know about the game

Everything you need to know about Friday the 13th.

Friday the 13th: The Game is an upcoming survival horror game that is being developed by Gun Media, IllFonic and Crystal Lake Entertainment. It is based on the ultra popular movie series and will actually take place at one of the most iconic spots in horror movie history. The game is largely crowdfunded through Kickstarter as well as a couple of other venues. As has been the case with other Kickstarter funded games, there were a number of tiers that meant the game would add different features with more funding.

In October of 2015, the game was officially announced as being on Kickstarter and by October 29th the title was 75 percent complete. It’s currently being developed by Wes Keltner and his team and will be  using Unreal Engine 4.0. Several other people have joined in on creating the game that have some serious background in the horror genre such as Tom Savini, who created Jason’s physical appearance. Kane Hodder was also brought in since he actually played Jason. Hodder was added to the team in order to show the developers how Jason behaves and would behave in different situations. He also went through a number of motion capture sequences, meaning he took on the role of Jason for the first time in over a decade. Hodder also walked through a number of stuntmen that were being motion captured so the movements, especially when killing was going on, were plenty realistic. The team has said this game will be an exclusive to the Xbox One and PlayStation 4. On November 10th, 2015 it was announced that the game had been fully funded. Friday the 13th: The Game also got a release date of October, 2016 though an official release day has not been announced.

The game was originally called Summer Camp and was going to be making a kind of horror survival game but then the company that owned the Friday the 13th video game rights approached the developers and the two parties came to an agreement. A more generic murderer/slasher was replaced by Jason and the setting was taken from a generic summer camp that was made to look quite a bit like Crystal Lake to a map that was being called Crystal Lake and modeled after the camp in the movies.

The story of the game is based on the tales that were set forth in the Friday the 13th movies. The game will not actually be replaying any of the movies but will feature characters and plot pieces from those films. There aren’t story missions to complete but rather simple goals like either surviving long enough to avoid getting killed by Jason, or taking on the role of Jason and attempting to find and kill all the camp counselors. 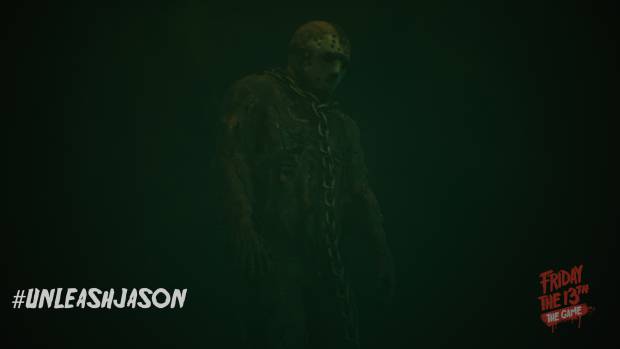 Friday the 13th: The Game includes a 1v6 multiplayer system where one player takes on the role of Jason while the remaining play as counselors. There is also the ability to play a single player kind of game where the player takes on the role of one counselor who must just hide and survive a night staying away from Jason. There is not a traditional combat system in the game, as the counselors will have limited ways in which they can fight back against Jason. Instead, Friday the 13th: The Game will take on more of a role like Alien: Isolation where the player needs to stay away from the killer instead of taking him on.

Multiplayer matches are set in an arena that mirrors Camp Crystal Lake. The map is made up of old cabins, lots of spooky trees, small campsites, Crystal Lake, and much more. Jason is lurking around the campsite and will be able to pop out from any corner or dark spot. In addition to the more traditional hacking and slashing that the movie franchise is known for, there will also be unique Environment Kills, which are cinematic kills taken from classic Friday the 13th moments (such as the sleeping bag kill from The New Blood). The developers have said that players will be able to grab a counselor in a choke hold, pick them up off the ground, and smash their face into a tree repeatedly. Jason will also be given the option of lifting a counselor up above his head as they kick and scream, holding them aloft long enough to walk near a rack of farm spikes to slam his victim down upon them. The team has said the players will be able to do this because this is what Jason does. “He’s an unflinching, brutal killing force; the ultimate predator, and for the first time ever you control this horror icon.”

While fighting won’t be the best way to win against Jason, there will be the option to try. The developer says the fight will have to take place in a way that gives the counselors the perfect timing needed to do it. This isn’t a thing where someone will be able to grab a baseball bat and beat him to death. The situation will need to have a number of factors all come together. There is a feature that is called the ‘Movie Trailer’ system that plays at the end of the match. This trailer will highlight the best moments of every game, in the style of the original 1980’s trailer. Each and every time players play Friday the 13th, they’ll be creating their own little movie. 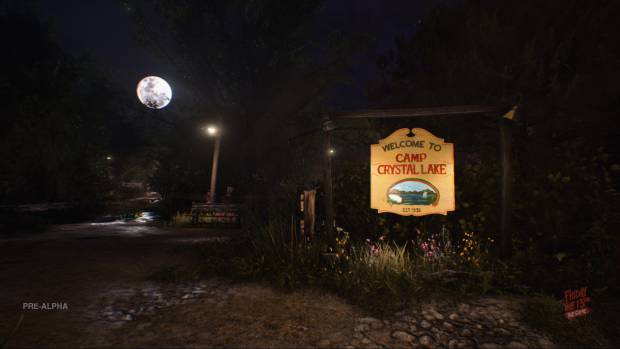 Jason Voorhees is the main character in Friday the 13th but there are some other characters that have made appearances in the famous movies. Pamela Voorhees and Tommy Jarvis are said to be included in the game in some way. Both of those characters are well known from the movies. Other camp counselors and camp goers will be included in the game though names haven’t been stated yet.