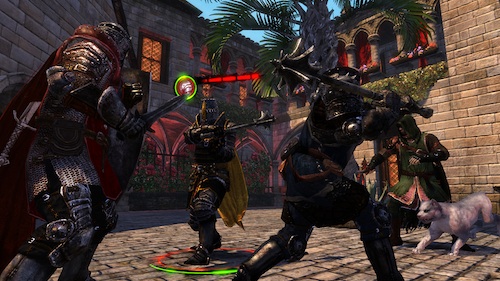 Based on the ‘A Song of Ice and Fire’ series of critically acclaimed novels, the Game of Thrones video game is set for a 8 June UK release date.

The game’s release co-incides with the series two finale of the hugely successful eponymous television series.

Unlike the programme, whilst the game is still based on George R.R Martin’s books, an entirely new story was devised for the game, with direct input from Martin himself. As with all fantasy titles these days, Game of Thrones is a class-based RPG

Rumours abound that everyone who worked on the title was ordered to read the entire ‘A Song of Fire and Ice’ series thus far.

The game also features familiar locations and characters from the novels and series, so get learning right away because if there’s anything like as many characters, you’ll be there for a while.

Game of Thrones hits Playstation 3, Xbox 360 and PC on 8 June in the UK and is already out in North America.