A new Switch racer for the simulation crowd. Or is it?

The Switch isn’t known for their realistic simulation racing titles. With titles like Mario Kart and Fast RMX, Nintendo seems keen on holding down the more arcadey and fantastical aspects of racing. However, these simulation games still have an audience. The fantasy of really being in control of a high-end car brand and having it control the way you would expect is a unique experience. Switch racing fans have been placated with arcade racers for a few years now and good ones at that. But there’s been a missing subgenre of racing titles that’s left simulation fans yearning for something closer to their tastes for a while now. Enter Gear.Club Unlimited.

Let’s start with the most important aspect of these types of racing titles: the cars. Gear.Club Unlimited 2 has 51 cars from brands renowned the world round like Porsche, Lotus, and Mercedes. This is definitely the greatest achievement of the title and it’ll give gearheads something fun to sink their teeth into. The cars are all customizable from their performance down to the types of tires you can slap on them, which are also from recognized brands. The cars all look pretty good as well, with the light bending around all the notches and crannies. Though it is disappointing that there is no noticeable damage that your car takes while driving and crashing into guard rails as well as other cars. However, the sound feedback from the cars is on point and it really helps in making you feel like you’re driving in one of these cars. 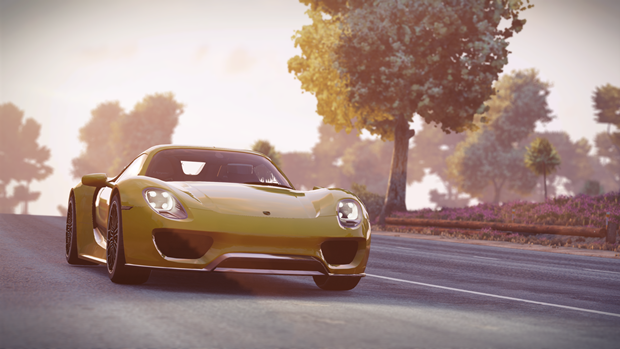 "The cars all look pretty good as well, with the light bending around all the notches and crannies."

There is a story here but it’s not much to write home about. Essentially, you’re a test driver who starts to actually race. And you’re good at racing, so you keep racing. It’s not really riveting stuff and the dialogue you get during career mode reflects that. The presentation is also lacking, with only stills of characters giving you your exposition with no emoting. This probably won’t be a deal-breaker for most of you though. No one came into this game expecting a deep and engaging storyline. Really, the racing is what you’re here for. So how is it?

Gear.Club Unlimited 2 leans on the simulation aspect of racing but without fully committing. This isn’t a huge mark against it since this is a Switch exclusive and its main competition is a kart-racing title, but it should be known before you commit to the full package. The arcade-simulation-hybrid racing mechanics of the game may leave simulation enthusiasts put off. Even though you have to account for your acceleration as well as your handbrake usage and compensation for turns, the control you have over your car is a few steps away from a true simulation experience. You have a much more responsive amount of control over your car and can deal with accelerating and decelerating much faster than you could in games of its contemporaries.

It’s strange to say that more control is a bad thing, but in this case, I think it’s a step too far. The amount of control you have over your car with no tools of assistance on is pretty absurd for a game of this type. Simulation games should be punishing affairs for mistakes and require a certain level of mastery, whereas in this title you can start driving like a pro relatively quickly. Paired with the not-so-competitive AI, this makes the game seem pretty easy at times. This ends up being a case of wanting your cake and eating it too. But you can’t cater to one demographic without alienating another in this case. 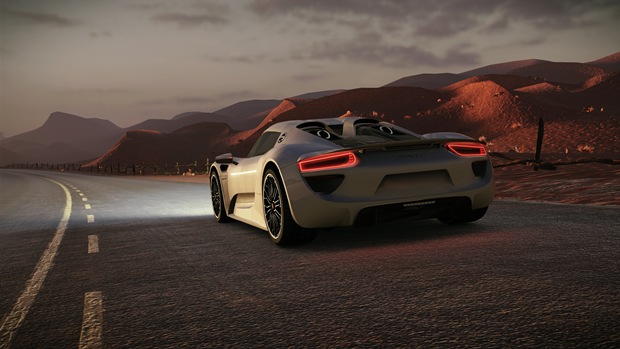 "The driving can almost feel automated at times."

There are a few different locales that all do their part to add a bit of challenge to your gameplay. Along with your standard asphalt roads through scenic greeneries, you’ll end up driving through rain storms and over snowy environments. These do end up affecting your gameplay in pretty significant ways and you end up needing to compensate harshly to make it to the finish line. These do add some variety to the gameplay and make you really evaluate whether or not you have enough time to decelerate before that next snowy turn. And then, usually after driving smack-dab into the side of a guard rail, you have your answer.

As for those assistive tools I mentioned before, you’re given plenty of them, should you need them. You’ll have turn-assists, a guiding line, and even a rewind function in order to try over and over until you figure out how best to take corners. These features are a great addition for players who need them and I’m glad they’ve become standard in simulation racing games in recent times. They can end up being a double-edged sword though since they end up making the game far too easy, to the point of gameplay being boring. The driving can almost feel automated at times. Since the game starts you with all these effects on, I could easily see plenty of players quickly getting bored without knowing about the features being togglable.

Gear.Club Unlimited 2 is also wanting in the technical aspect.Load times are constant whenever you go to enter a race or go into the shop, which really get in the way of actual racing. These load times are also incredibly long, with wait times of around a minute each time. When the races themselves are so short, it really puts into perspective just how long you spend sitting there waiting for the game to let you play. Then once you finally get into a race, the framerate struggles to maintain 30 FPS. As your acceleration increases, you’ll usually find that the game chugs a bit in order to keep up with you. This issue is present when the Switch is in Handheld mode as well as Docked mode. This is pretty disappointing since that seamless feeling of speed is what racing games are all about. 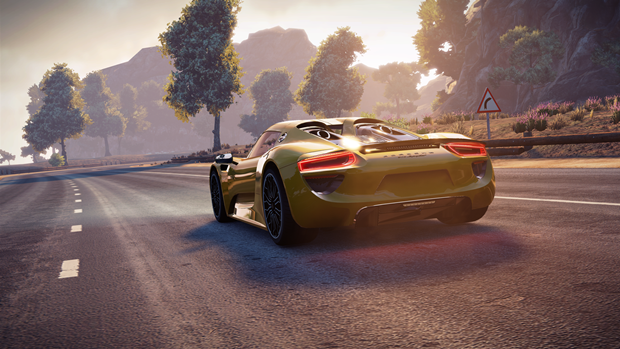 "There is split-screen multiplayer and it is fun, though rendering two screens must be a Herculean task for the Switch since the frames can sometimes drop even lower than during single-player."

Gear.Club Unlimited 2 will also have multiplayer implemented at a later date via a free update. Hopefully, this aspect of the title will not suffer the same technical issues that plague the rest of the game. There is split-screen multiplayer and it is fun, though rendering two screens must be a Herculean task for the Switch since the frames can sometimes drop even lower than during single-player.

Gear.Club Unlimited 2 can give Switch fans the simulation racing fix they crave, but only for so long. After spending enough time with it, it becomes apparent that this is a title that isn’t trying to aim for a completely simulation-based gameplay style. Whether that is due to creative choices or due to the base of the game being from a mobile phone game, the fact remains that the gameplay of this title is not too far away its kart-racing brothers on the Switch.

This game was reviewed on the Switch.

Gear.Club Unlimited 2 is a decent title that, though probably not satisfying hardcore simulation fans, will give casual racing fans a new type of racing game to enjoy on Switch.

A copy of this game was provided by developer/publisher for review purposes. Click here to know more about our Reviews Policy.
Tagged With: Eden Games, Gear Club Unlimited 2, nintendo switch