When Gears of War launched on the 360 back in 2006, it felt like the Xbox 360 had truly received its first defining title. With intense action, a dark and brooding story and some of the best graphics we had ever seen on a home console, GeoW was an instant hit with the hardcore gamer scene that the 360 had been attracting since its initial release. Yet, despite the GeoW series continuing to refine its formulae and appeal to the core gamer, the Xbox 360 in general has seen a shift in focus moving further toward the family and casual gaming market with the recent release of the Kinect motion controller. With Gears of War 3 hitting stores later this year, will it be the rallying call for the hardcore gamers to come and reclaim the system that is rightfully their’s?

Gears of War 3 is set eighteen months after the fall of Jacinto witnessed at the end of Gears 2. The Gears and the stranded are living aboard a converted hovercraft on the island of Vectes but with the emulsion infected Lambent on the rise, it is only a matter of time before both the Gears and the Locust are threatened by this new enemy. The story will be written by sci-fi author Karen Traviss and, considering her background in the writing of several Gears of War novels, we can expect the third game to show us even more of the intricate history and lore of the Gears of War universe. 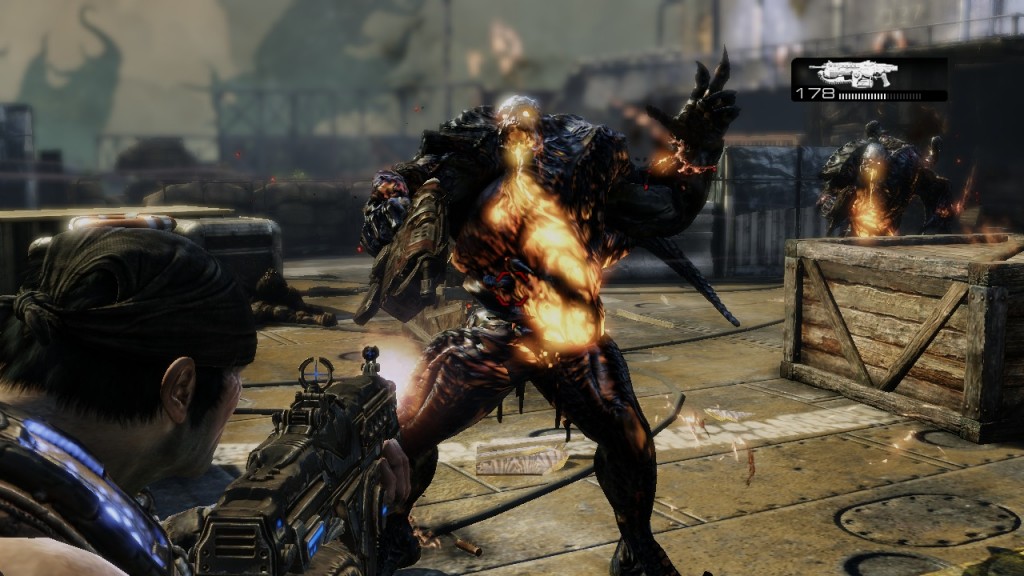 Considering the jump in terms of quality between the campaigns of Gears 1 and 2, it seems likely that the Gears 3 campaign is going to blow fans and critics away. There are several new player characters who have been announced including Jace Stratton from the GeoW comics and female characters Samantha Byrne, Anya Stroud, and Bernadette Mataki, the latter of whom featured in the GeoW novels by Traviss. One of the aspects of the Gears plot that used to frustrate me was the unrestrained macho façade that the game’s unrelentingly male characters brought to the fore. Fingers crossed a female touch in the character roster will help even out the proceedings of Gears 3. One component that is still of concern is the locations within the game’s campaign. If the game is going to be primarily set on the island of Vectes then there is the natural issue of the set-pieces and locations all being fairly similar. That said, this is Epic Games we’re talking about. They’re sure to show us how it’s done once again when we get a full view of Gears 3’s campaign come this fall. With a whole host of new characters and settings, as well as an all new four player co-op, the campaign of Gears 3 looks set to blow us all away once again.

In terms of new additions to the gameplay it seems Gears 3 will do as Gears 2 did before it and further add to and refine the gameplay, rather than completely reinvent it. After all, why fix what isn’t broken? The first things that people began to notice at E3 when footage was shown of Gears 3 was some of the new moves and engine tweaks. For starters there seemed to be a much more exaggerated reticule bloom when firing automatic weapons for prolonged periods of time. Whilst reticule bloom certainly has its fair share of enemies within the gaming community, there is no doubt that when implemented well in a shooter it helps to separate the men from the boys and awards the truly skilful players. Other new moves include the ability to kick out at enemy locust as you climb over low bits of cover or when you chainsaw a lambent enemy, along with a string of new execution moves. Lead designer of Epic Games, Cliff Bleszinski, has also mentioned a bigger focus on team play with new abilities like being able to swap weapons with partner characters.

Two of the Gears of War components that are unanimously praised for their creativity are also being bolstered for the third GeoW instalment; namely the weapons and enemies. A double-barrelled shotgun is being introduced along with a retro lancer with a standard bayonet equipped, and it will be interesting to see how these weapons stack up against their Gears 2 counterparts. There will also apparently be an incendiary grenade and the Digg launcher that fires explosives that dig through the ground to reach their target. There is also another heavy weapon known as the one shot that, as the name suggests, can take down enemies with a single round. It will be interesting to see how Epic manage to balance this efficiently within the game’s multiplayer component. Some existing weapons have also seen modifications, such as the gorgon pistol now being a fully automatic gorgon SMG. A new customizable turret has also been mentioned that can have up to four weapons mounted upon it. There has also been mentions of mech suits that can be controlled in the game’s campaign, with both a standard movement mode and, an alternate defence mode that can provide cover for other members of the squad. New enemies have also graced the Gears universe courtesy of the unique mutations seen in the Lambent. Expect to see some of your favourite enemies from the previous two Gears games in ways you’ve never seen them before.

We also have a new and improved multiplayer and Horde mode to look out for in Gears 3. With a multiplayer beta set to wow us in the coming months, it will be interesting to see how Epic Games plan to improve on the already impressive online aspect of the GeoW franchise. Confirmed additions include a new and improved ranking and unlocks system along with a few new game modes. Team Deathmatch is a Warzone variant that grants each team twenty lives collectively. Once a team runs out of lives the game descends into the standard Warzone rules of one kill knocking you out of the round. Another exciting new mode called capture the leader sees you having to capture the enemy leader and hold him in a set location but, with the ability to wriggle your way out of submission holds, this sounds like it could be an intriguing combo of the guardian and submission modes from GeoW 2 indeed.

What seems to be the most exciting new aspect of the Gears multiplayer suite is the new Beast mode, that aims to take the standard Horde mode and flip it on its head. Rather than play as the cog fighting off a wave of adversaries, you instead take control of the Horde/Lambent aiming to defeat all the defending Gears. As you gain points for killing enemies you will be able to upgrade the class of locust you can play as, adding a huge strategic potential to the mode. Seeing as how the Horde mode was so well received and imitated when it was shown off in Gears 2, can we expect the Beast mode of Gears 3 have a similar impact on the shooter genre? 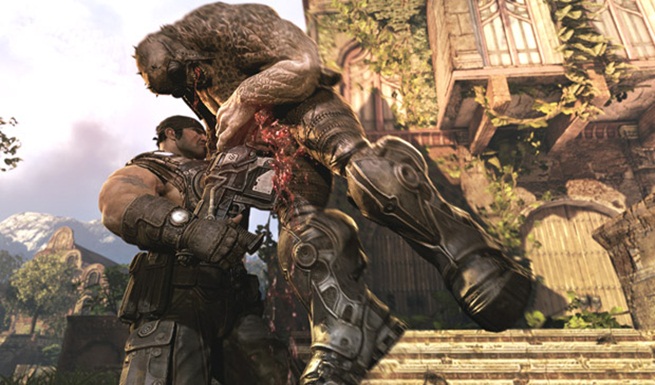 With the amount of new additions being made to the formula and a fresh new story to boot, it is hard to see how Gears 3 won’t be one of the defining games of 2011, for both the hardcore 360 fan, and for the average gamer. If Epic Games can tighten up the right screws and end the trilogy on a high, Gears of War 3 will be an easy contender for game of the year and I can see this with confidence despite it being early days yet. But only time will tell quite the mark that Gears 3 will leave on the gaming scene of 2011. Check back for more Gears 3 news as it comes in, and feel free to leave your comments below.