Ghost Recon Future Solider, the latest in Ubisoft’s ever-growing list of Tom Clancy games, has been in the pipeline for what seems like an age. Originally the game was due a release in the 2009/10 fiscal year and after its initial delay, it felt like it may reside in ‘coming soon’ limbo for all eternity. Fast forward to January 2012 and the game was finally given a final release date of May 22 in North American and May 24 in Europe, as well as a surprise PC release, just soon enough for it to still be called Future soldier. 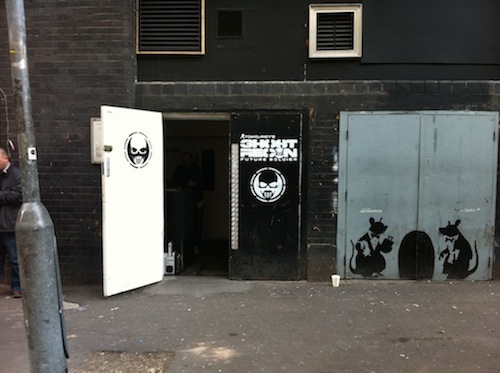 What an ominous looking doorway

As you may or may not be aware, it’s now April and with the looming possibility of a release in just under a months time, we thought we’d present you with our very own hands-on preview.

For our hands-on, we were treated to both online co-op, as well as some rather heated 6 vs. 6 online, playing Conflict mode, a team deathmatch mode with a heavy emphasis on objectives and teamwork. Well, every game mode has an emphasis on team-work, in fact the game actively discourages you from going it alone, advice that you’d better heed well. 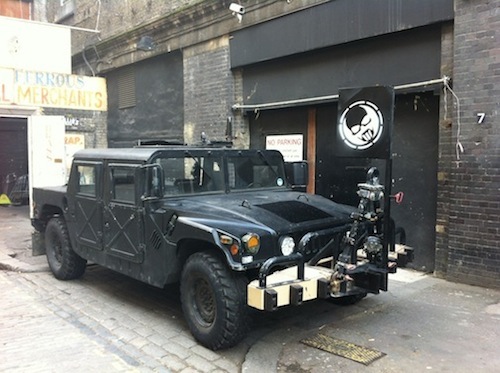 They see me rollin'

I was launched headlong straight into a co-op campaign level, someone between the start and the end, buddied up with three other mortals, we took our first baby steps into Future Soldier. After spending about five minutes blindly customising my gun in Gunsmith, we were ready to hit the forest. The emphasis is very much on stealth and the game pretty much disowned me for making the disastrous decision of not equipping a silencer. Slowly, but surely, we crept down a riverbank, towards a group of baddies, dipping and ducking between trees and chest high walls.The cover system is utterly marvellous, controlled with a single button, allowing for quick traversal between object, with all the creamy fluidity of a yoghurt enema.

Once within a certain range, evil Russians can be ‘tagged’ with the right shoulder button, up to four can be marked for a quick dispatch at any given time. Enemies tagged by squad members can be seen by everyone within the squad, excellent for co-ordinating an attack. When a tagged enemy is scoped for long enough, they can be ‘taken care of’ with all the ruthless efficiency of anyone but the U.S Army.

If you’re cunning, tactical and just a little bit lucky, you may be able to dispatch of all your foes without alerting a soul. Naturally, you can guarantee at least one team member, probably more, will be spotted, ensuring a genuinely tense firefight. A delightful addition is ‘suppression’, light machine guns possess the ability to pin down enemies, or indeed yourself, which definitely adds a degree of genuine tension and exhilaration. The AI are numerous, intelligent and crucially, brutal. 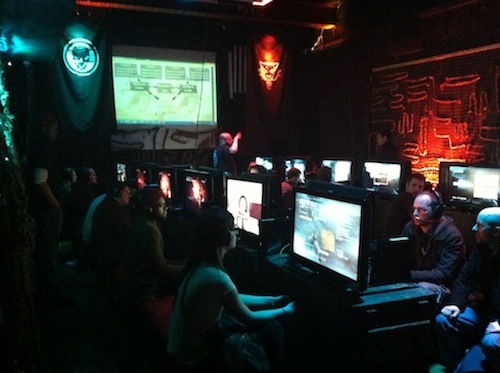 Naturally, once all of the enemies were cleared from the area and it becomes ‘a little too quiet’, an enemy APC turns up, determined to make delicious Leerdammer of your face. Given the softly, softly, catchee monkey approach one is peer-pressured into adopting, I’m not entirely sure a token boss fight really fits either the tone, nor the gameplay of Future Soldier.

Interestingly, whilst online co-op matches are entirely private, only trusted friends will even be considered, as well as lacking the ability to merely ‘jump’ into ongoing games,if a player leaves, they’re replaced by an AI squad member. This suggests that the co-op isn’t merely something you want to pick up and play, indeed you’re probably better off organising a set time to play, planning your missions precisely, something which may put off the more casual player, with each ‘mission lasting from around 45 minutes to an hour. The maps, whilst expansive, somehow have a lingering feeling of Time Crisis about them, with some really quite poor foliage textures and altogether fairly bland mission maps.

Unlike their co-op brethren, the multiplayer map we played seem to possess their own unique charms, having built entirely from scratch and it’s clear that far more time and effort was put into it, the same can be said for the two beta maps. . Conflict is an interesting game-type, with the emphasis heavily lying on objectives, kills are barely rewarded at all; team-mate revives are worth thrice the amount. Objectives spawn randomly, with up to two at a time, the general crux being that you want to either control and prevent the opposing team from doing the same. One thing is certain, if you go it alone you’re almost certain to become a rather fetching trophy above a fireplace. 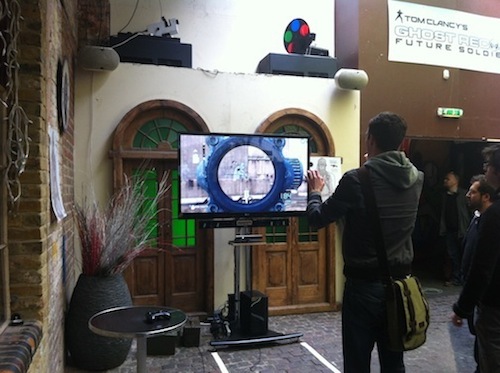 There are but three classes, each possessing it’s own ability and gadgetry: engineers have access to remote control UAV drones, essentially sacrificing a team-member for precious ‘intel’ when equipped. When sighted either by a UAV or a sensor grenade, not only do enemies reveal themselves on the mini-map, but their bright red silhouettes appear through walls, punching a huge hole through their perceived stealthiness. Scouts have a stealth camouflage which works rather well, allowing one to lie in plain sight, but once you either fire, or move, it will leave you deathly exposed.

One of the biggest revelations, something which the Ubisoft seemed to stress more than anything, was the implementation of cloud based map and weapon updates, meaning no cumbersome patches download. A huge array of data is collected from the maps, guns and players, which Ubisoft Red Storm can then use to tweak the maps accordingly, all that is required is server reboot.

Ghost Recon Future Solider is shaping up to be one of the first person shooter titles of the year, but not necessarily for the more casual gamer. With a group of semi-dedicated friends, this is an excellent addition to the already saturated market, it feels like one of the most gaming clan-orientated shooters I’ve ever experienced. This is by no means a bad thing, and by that token it’s grossly unfair to even begin to compare it to franchises like Battlefield of Call of Duty, as Future Solider offers an entirely different experience, an experience I welcome with open arms.