The just re-made classic Goldeneye game has been released for the Nintendo Wii and the music has also been revamped. Former Pussycat Doll Nicole Scherzinger does vocals for some of the music in the game. She sings a song originally done by Tina Turner and really does a fabulous job of it. You will notice a new intro to the game compared to the original Goldeneye for the Nintendo 64.  You can listen or download the song right here and she sounds just like Tina Turner.  Here are the lyrics to the songs she covers: 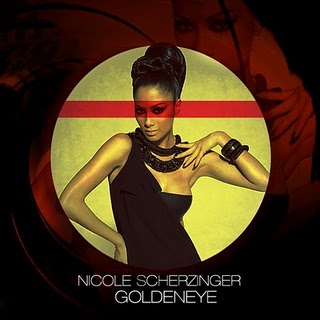 Golden eye, I found his weakness
Golden eye, he’ll do what I please
Golden eye, no time for sweetness
But a bitter kiss will bring him to his knees

Golden eye, not lace or leather
Golden chain take him to the spot
Golden eye, I’ll show him forever
It’ll take forever to see what I’ve got