It’s been a bus few months for shooter fans. The likes of Gears of War 3, Battlefield 3, Modern Warfare 3 and Halo: Combat Evolved Anniversary have made their way to the market, and each one of them offers an experience that should not be missed, each having both, a compelling single player and, more importantly, multiplayer offering. So it’d be understandable if fans of the genre looked at GoldenEye 007: Reloaded- a remake of a remake- with trepidation. For one, many gamers may have already played the game when it was released on the Wii last year, and secondly, it may not offer an experience as replayable and engaging as the aforementioned games does it. It was with similar skepticism that I began playing GoldenEye, expecting a decent yet forgettable experience. What I got, though, was an enjoyable, addictive and thrilling ride that I’m glad I took. 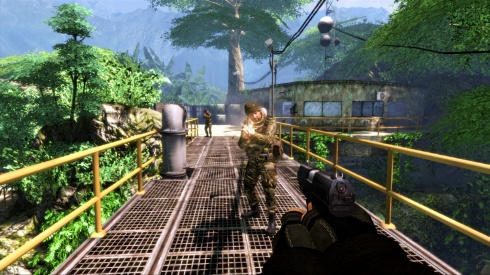 We all remember how good the single player campaign of the original N64 classic was, and though the Wii version changed almost everything, it was a hell of a ride as well. The same goes here. The campaign is a thrilling one, putting us in some very cool set piece moments, some very intense firefights, some great stealth sequences and memorable scenes from the movie. For those who’ve already played the Wii version, there’s not much new stuff here. The campaign is exactly the same, and you still shoot enemies in the face at the same spots you did in the Wii version, you still scan objects with your phone, and you still punch that guy in the toilet in his face, so those who’re already played this game last year shouldn’t expect anything new in the main story mode.

But the new MI6 mode is a whole another story. The MI6 mode is a compilation of several short missions with objectives you must complete, taking either offensive, defensive or stealthy approaches. It’s like a single player Spec Ops mode from the Modern Warfare series, so it’s obviously a lot of fun. And while the AI hurts the experience a bit, just like it does in the campaign, at the end of the day, it remains an excellent mode, one that adds a lot of longevity and replay value to the game.

And like all First Person Shooter games these days should and have to, GoldenEye 007: Reloaded greatly impresses in the multiplayer aspects. While the online component is not as fleshed out and engaging as the ones you might find in heavyweights like Call of Duty, Halo or Battlefield, it’s still something that’ll keep you coming back to the game over and over, something that will get you hooked and addicted and provide you with great amounts of fun. 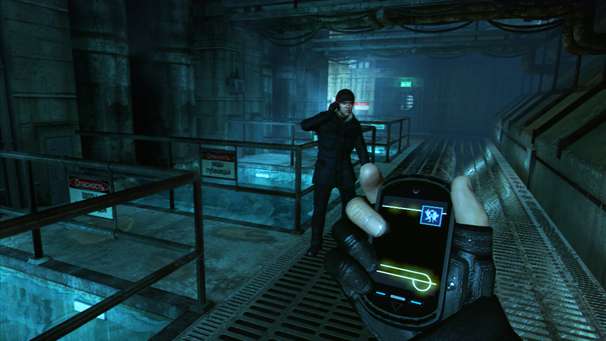 The maps are very well designed, with each encouraging players of various styles. Close quarter maps make for excellent backdrops for those who like CoD-like intense shootouts, and open maps are great for stealthy players, or those irritating buggers who like to camp or snipe (damn you). Weapons are well designed and have distinct feels of their own from one another.

There are plenty of modes in the multiplayer component to fiddle around with. There’s the Golden Gun mode, for a good old one-hit deathmatch, or the Classic mode, for those of you who like health packs better than regenerating health, or normal, modern day staples like Capture the Flag and Team Deathmatch. Leveling up is fleshed out and deep, and makes for an addictive system that will make you want to come back to the game long after you’re done with the single player.

You won’t be spending as much time with the game as you would in Modern Warfare 3 or Gears 3’s online lobbies, but this is still something all FPS fans have to play.

The visuals of the game are clearly leagues ahead of the Wii version. There are still a few rough textures here and there, and frame rate drops hamper the action where there’s just too much going on on the screen, but overall, the visuals are impressive. The sound design is also great, with each of the weapons having their distinct sound effects. Silenced pistols sound especially good. The soundtrack is, as you’d expect from a Bond game, very well composed, punctuating the highs and lows of the intense campaign perfectly. 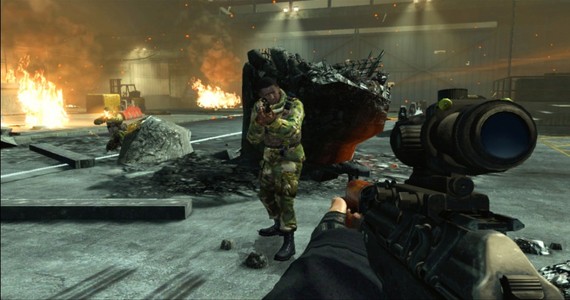 So while you shouldn’t expect an experience as detailed and fleshed out as other shooter games here in GoldenEye 007: Reloaded, and there’s not much here that last year’s Wii version did not offer, it’s still a game that must be played by all shooter fans, and especially all Bond fans.

Visuals are very impressive; Soundtrack is great; Shootouts are intense and a lot of fun; Multiplayer is deep and engrossing; Many modes to play through; MI6 mode is a ton of fun; Voice acting is great; Faithful remake of the N64 classic

Single player is short; AI can be a little dumb sometimes; Multiplayer not as deep as in others like Battlefield 3 or MW3; Not much on offer for those who played the game on their Wiis last year

Final Verdict:
SUPERB
GoldenEye 007: Reloaded is a fantastic game that should be experienced by all First Person Shooter fans, whether they know squat about Bond or not.
A copy of this game was provided by Developer/Publisher/Distributor/PR Agency for review purposes. Click here to know more about our Reviews Policy.