The game takes place in a future where humanity has been wiped out and Earth has been converted into a golf course for the super rich. 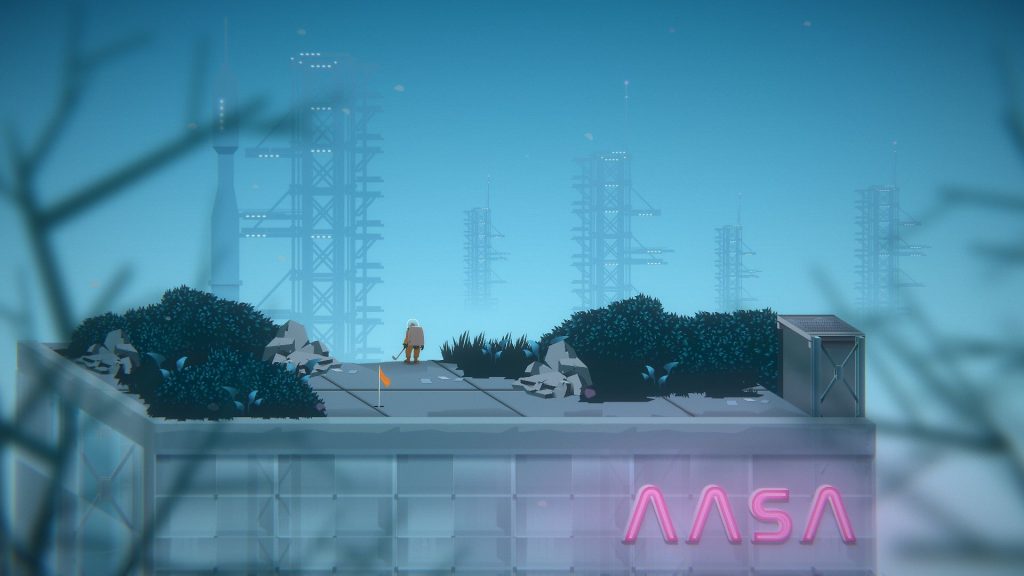 Developer Demagog Studio and publisher Untold Tales have announced Golf Club Wasteland, a game where humanity has been wiped out and planet Earth has been converted into a golf course for the ultra rich. The game is scheduled to release on PlayStation 4, Xbox One, Switch, and PC in August.

According to the publisher, “the rich fled to Mars but venture back to a desolate Earth for a round of golf. Each hole in the wasteland offers its own little story and possible puzzle to sink the perfect shot. Play through destroyed brutalist monuments, crumbling shopping malls, and abandoned museums as neon signs and poignant graffiti take swings at current events, Silicon Valley culture and humanity.”

As they play, players will discover what happened to humanity and learn the story behind the lone golfer, “who’s come back to Earth for one last game. The Radio Nostalgia From Mars broadcast that gives a glimpse into the lives of those who escaped. And the narration of a “secret spectator” watching from a distance…”

Players will be able to choose between Story, Challenge, and Iron Mode, and each copy of the digital Golf Club: Wasteland Official Soundtrack and a Graphic Novel Art Book “that further expands the back story of the lone golfer Charley in a stunning visual format.”

You can watch a trailer for the game below, courtesy of IGN: